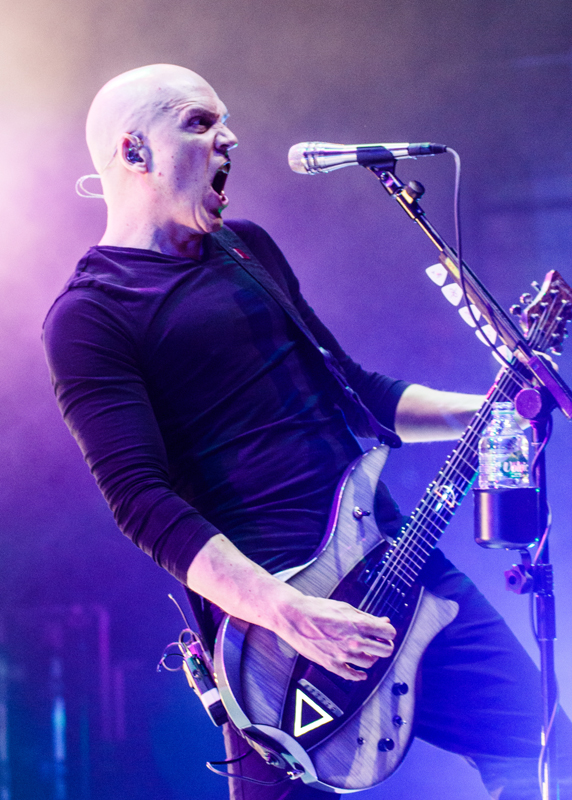 Anniversary tours of pivotal albums are fairly usual these days, but there is nothing usual about the The Devin Townsend Project. So tonight in London, for one night only, instead of a set list heavily based on the most recent release Transcendence, we’re taken on a journey back to 1997 to hear Ocean Machine:Biomech in its entirety. It was an important album as in many ways it was Devin’s first foray away from the full on Metal of his other band Strapping Young Lad, into the broader soundscapes and more personal subject matter that characterise his career today.
Opening song ‘Seventh Wave’ is classic Townsend, big echoey riffs, head banging verses and massive, epic choruses. All delivered with that voice, from falsetto lullabies to Broadway belter to Death Metal demon, there’s not many vocalists out there who can do that many styles that well. Devin does them all and it’s impressive to behold.

Next up is ‘Life‘, probably the most uplifting track on the album, buoyed along by another big bounce-along chorus it manages to sound both personal and universal. On the album each song is typically swathed in layer upon layer of instrumentation and echo, which are ably recreated live by the band tonight. Comprising of a consistent roster since 2009, each member helps achieve that wall of sound that typifies most of Townsend’s recorded output. Ryan Van Poederooyen’s powerhouse drumming, Dave Young’s technically accomplished guitar, Brian ‘Beav’ Waddell’s loose bass lines and Mike St-Jean’s keyboards, all build on the heart of the recorded material to give them a new life on stage.
Other highlights from the evening include ‘Night‘ which sounds like being trapped inside Devin’s subconscious while travelling through a rainy neon-lit Tokyo. ‘Sister‘ is also a welcome acoustic interlude. 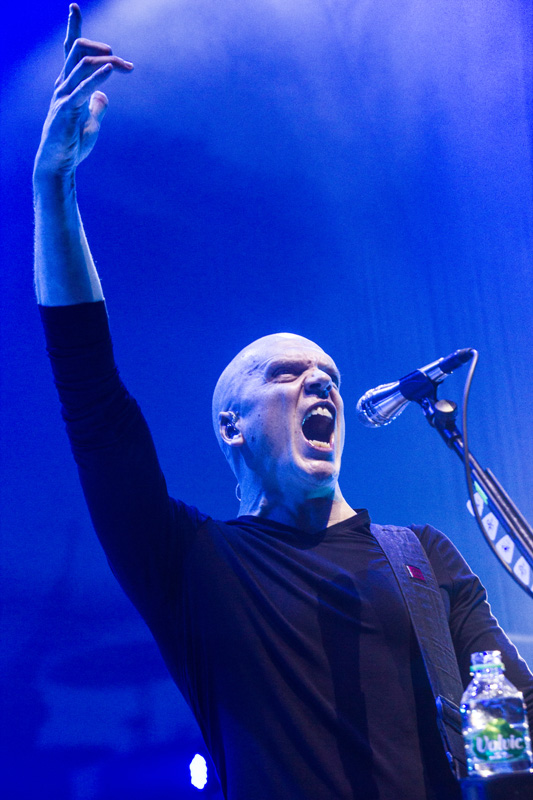 ‘Greetings‘ is another guitar heavy track that slowly builds and leaps from one crescendo to another. ‘Regulator‘ is full on head banging metal. The next 3 songs ‘Funeral‘, ‘Bastard‘ and ‘The Death of Music’ are where the Prog side comes through, clocking in at about half an hour for all 3.
For an encore we get 3 tracks from Transcendence; ‘Failure‘, ‘Stormbending‘ and ‘Higher‘. It’s great to hear them live for the first time, especially to see what has changed and what has remained the same over the past 20 years for this most oddball of Metal heroes. Bringing the evening to a close Devin is as usual all smiles, while his music can range from the sludgiest dark depths to the most redemptive bright heights, the man at the centre of it, is a solid affable showman. His ability to connect authentically with every audience and the sheer audacity behind the breadth of his music should ensure that hopefully, we’ll be seeing performances like this for another 20 years to come. 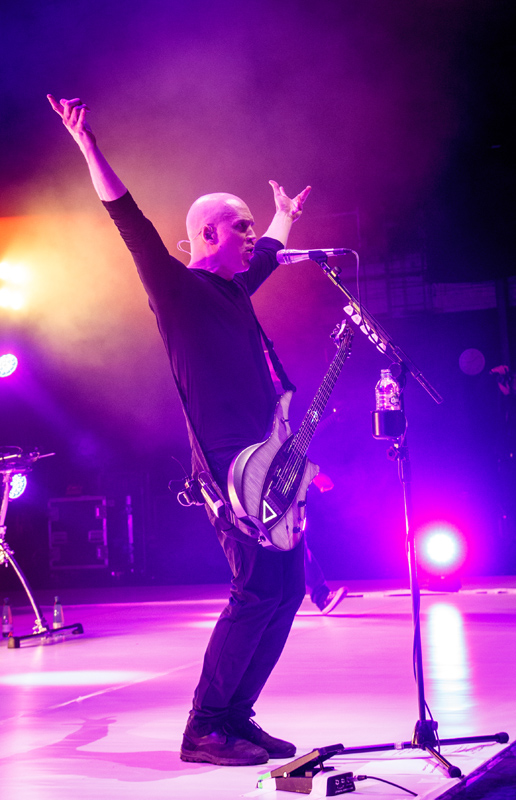