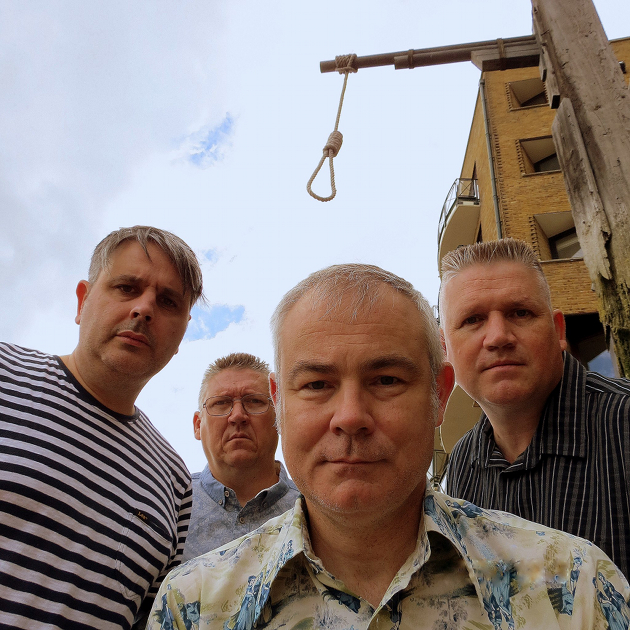 C86 legends The Wolfhounds return with a new album ‘Untied Kingdom…or How to Come To Terms With Your Culture’ released by Optic Nerve on May 5th 2017. They bill it as their ‘most vital and angriest record yet.’ Previously released as a very limited edition vinyl pressing. Now its available for the first time on CD and with worldwide distribution courtesy of SRD.

We have the video for their urgently prescient new single ‘The Stupid Poor’ above, directed by David Janes it’s his tribute to The Specials‘ iconic Ghost Town video, but involving puppets of Nigel Farage and Theresa May (who destroys her holiday sun lounger in one of the insets) among other lowlives. The song features the soaring harmonies from Evans The Death‘s Katherine Mountain Whitaker and some searing electric violin, as well as Wolfhounds guitarist’s homemade ‘stranjo’ (a Stratocaster guitar body with a 4-string banjo neck attached) sending out window-shattering feedback. Its themes and belligerent vocals highlight the middle-class fear of working class culture which has so informed the current chaos in the Untied Kingdom of Britain from both ends of the social scale. The Stupid Poor blows up a storm of a similar frenzy to parts of the Stooges‘ Funhouse album, but with a sound that could only exist today. One of the very few modern bands commenting on our disintegrating society,

1 thought on “EXCLUSIVE: The Wolfhounds ‘The Stupid Poor’ Video Premiere”