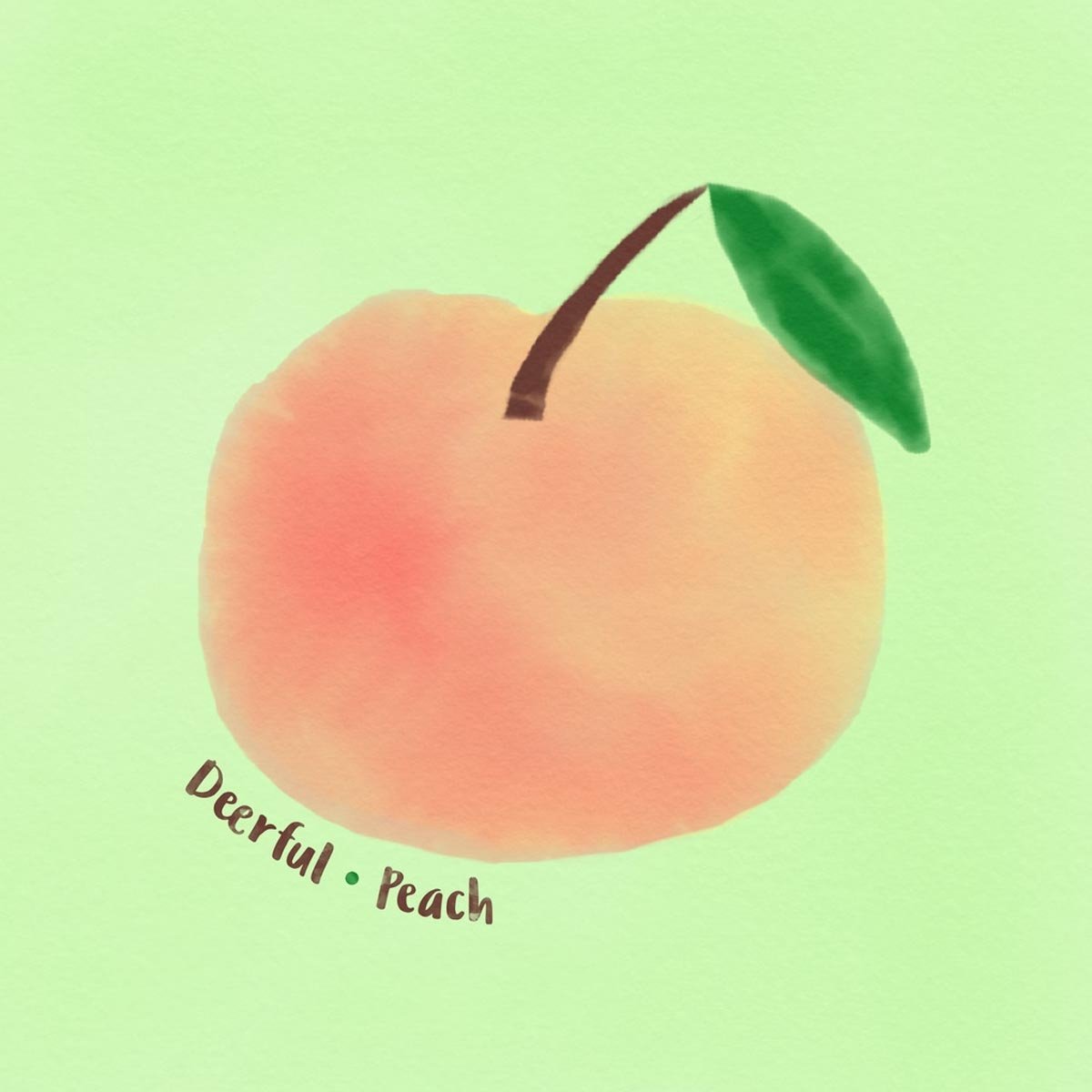 Deerful is the moniker of Emma Winston, who has previously supplied her vocals to records by the likes of Darren Hayman and Owl and Mouse, and now releases her debut solo album less than two years after writing her first song.

Peach is an intriguing proposition – an electronic album written, performed, recorded and mixed by Winston using a selection of synthesisers and her quite beguiling vocals.

Never afraid of dispensing a curveball, the semi-title track ‘Peach Rose Tea’ combines a beat-less, sorrowful synth soundscape with atmospheric vocals and the occasional mechanical interjection of a second, robotic voice which lies somewhere between Kermit The Frog and Steven Hawking. It is a brave start to an album which is always engaging, at once coherent and unpredictable.

After ‘Conceptual Art’ continues the quite considered start to the record, ‘Solar Phenomena’ ups the tempo, building up the beats and bringing in a sunnier perspective. Winston’ voice is central to proceedings, having echoes of Black Box Recorder‘s Sarah Nixey and perhaps Jane Weaver.

At times, the synthesisers remind you of that time when you came home from the pub, well-refreshed, and cranked up your iPod to find that you had accidentally plugged your headphones into a Nintendo DS. It’s an interesting combination of computer-game keyboards and mournful vocals that are quite folky in some ways – these songs could easily be imagined accompanied with just an acoustic guitar.

Winston says that the album is about “affirming the ordinary and vital, about the everyday things that provide comfort to you in difficult times”, and songs such as ‘Cloudwatching’ bear this out, a tale about finding contentment by simply, well, watching the clouds.

‘Subjects Of Our Love’ was shared as a taster for the record before its release and is superficially the most upbeat song here, the keyboards lifting off into the stratosphere while the vocals follow not far behind. It isn’t like another song that you will hear this year or any other.

First track  ‘Peach Rose Tea’ is briefly revisited in the shape of ‘Peach (Redux)’ for the penultimate track while the most absorbing piece on the record is saved for last. ‘The Ice Fishers’ is a stunning finale, bringing to mind the mysterious late 80s act A.C. Marias. The track builds slowly before disappearing enigmatically over the horizon, piling on the atmosphere but never over-reaching.

Peach is a fascinating debut by an inventive and articulate new artist. It will be interesting to see where Deerful goes next.

Peach was released by wiaiwya on 9th June 2017