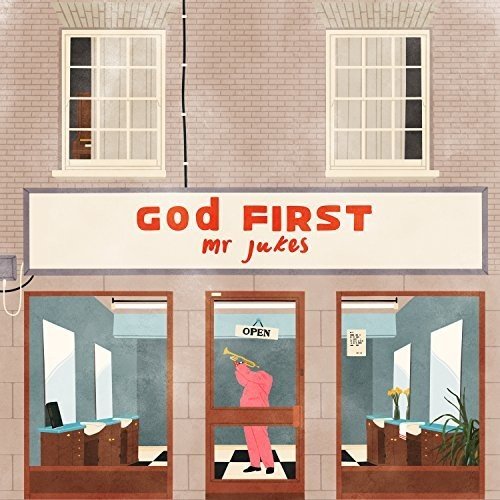 Ever since the release of Bombay Bicycle Club’s third album A Different Kind Of Fix, frontman Jack Steadman has pushed towards less-predictable sonic worlds. The album was a bit of a gamechanger for the four-piece, showing that they were capable of much more than urgent indie rock (I Had The Blues…) or blissful acoustic folk (Flaws). Steadman’s love for sample-meddling and eclectic production methods shone through the band’s latter releases, including 2014’s Mercury Prize nominated So Long, See You Tomorrow, which defined the band’s more explorative nature.

A young, vulnerable Jack Steadman singing Its “It’s always been like this” to the sound of fiddly guitar riffs is very hard to envisage now – his head fully-shaven and his stick-thin figure comfortably sloped into the backseat role of producer. Those only acquainted with the work of BBC may be in for a bit of a test now. His latest moniker, Mr Jukes has actually existed for several years (mainly for remix purposes), only coming to fruition in the last six months or so, with the release of four funk-laden singles. These tracks have gone on to form the crux of Mr Jukes debut God First – a slick and widely ambitious project, that paints Steadman as an artist in his own right, enjoying himself more than ever.

The bones of God First began in the unlikely surroundings of Cargo ship, as Steadman travelled from Shanghai to the west coast of Canada. But there are no recorded maritime samples to be heard here. The album is a finely tuned set of collaborations, headed by the funk-laden, merry-go-round of brass loops and cushioned beats of ‘Angels/ Your Love ft. BJ The Chicago Kid’. Everyone’s favourite soul-man Charles Bradley crops up on the authentic, organ grooves of ‘Grant Green’, providing the perfect backdrop for his James Brown indebted squeals. ‘Tears ft. Alexandria’ clutches its smooth tones close to its heart, with Steadman whispering “I keep on falling in love” over a sleepy, sliding bass guitar motive, interrupted by glowing electronics on the chorus.

R&B singer Ellie Ingram takes charge in the squelchy, incessant funky grooves of ‘Somebody New’. Hip hop legends De La Soul and roots reggae singer Horace Andy combine on the understated euphoria of ‘Leap Of Faith’ under a chaotic, driving drum section. ‘From Golden Stars to Silver Dew’ is an old school soul track, with Steadman going all-out on the bouncy, authentic samples he loves so much.

‘Typhoon’, ‘Magic’ and ‘Ruby’ are the only tracks without a notable featured artist. ‘Magic’ is the standout, taking its downbeat house cues from the likes of Dan Snaith under his Caribou guise. Much like other modern artist-cum-producer types (Jamie XX, Damon Albarn), Steadman bridges the gap between band-leader and centrepiece with ease. He seems very at home in the directing of other musicians and utilizing their talents for his own gain. It’s this confidence in his and other’s ability that drives the album along.

God First may leave some die-hard BBC fans feeling a little confused, but those of us who embrace Steadman’s severe shift in musical direction will be pleasantly surprised at just how good this record is. It’s an upbeat, collaborative success and a fitting document of Steadman’s transformation from awkward indie frontman to fully-blown R&B-guru.

God First is released on July 14th through Universal/Island.