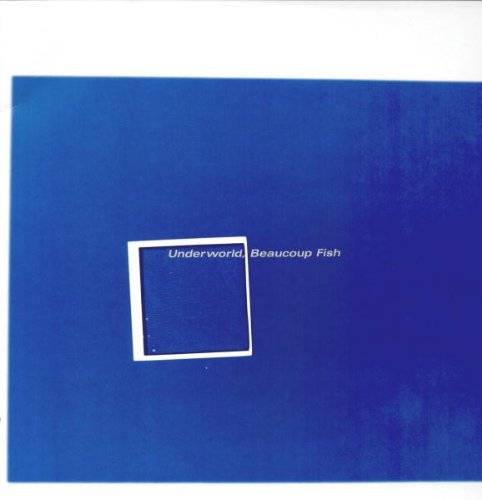 Look over the best-of lists for 1999, easy enough to find on the internet (though I personally recommend rocklist) and what is clear is just how much awesome dance music was being made in Britain at the time. Underworld‘s third album came out the same year as Basement Jaxx‘s Remedy, Death In Vegas‘s The Contino Sessions, Chemical Brothers‘ Surrender, Orbital‘s The Middle Of Nowhere and Leftfield‘s Rhythm and Stealth. Sure, a lot of it may have been overshadowed by the unstoppable juggernaut that was Moby‘s Play (which by the end of 2000 seemed like it should have been retitled Overplayed. Then again, none of the U.K. acts had licensed every single track for adverts.)

By this stage, it was over a decade since acid house, and with legal challenges affecting the dance scene – most notably, the notorious Criminal Justice Act with its fear of repetitive beats – the era of the super club was underway. There’d been many different strands of dance music appear, both homegrown and imported, and acts like Underworld demonstrated that they could incorporate many of them within the same album. Underworld didn’t tend to work with featured vocalists (many of their contemporaries snapped up indie stars to front their singles); along with the Prodigy‘s Keith Flint, Karl Hyde was one of the few dance music frontmen.

Beaucoup Fish opens with the epic, near-12 minute long ‘Cups.’ The press release describes this as ‘Windy City meets Motor City meets Thames Estuary swoop’ and this is pretty accurate. Proper dance aficionados knew – and know – that where the US was concerned it was Chicago House, Detroit Techno, and New York Garage. Here is a band who know their roots, setting it out in a British style. From there, it’s onto the urgency of the album’s first single ‘Push Upstairs.’ Nearly twenty years since its release, it’s still thrillingly urgent; music to lose yourself or, just as likely, find yourself, in. Like much of the best music you’ll find in the dance/electronica section, Underworld made music that was for the heart and head as much as for the feet, as demonstrated by ‘Winjer.’

There are one or two moments where the record drops. The opening thirty seconds of ‘Shudder/King Of Snake‘ with its willfully out of tune ambience seems more appropriate to a Boards Of Canada track. All is forgiven, though, as the group suddenly run off with Giorgio Moroder‘s blueprint for Donna Summer‘s evergreen ‘I Feel Love.’ ‘Bruce Lee‘ feels somewhat incomplete as a piece to be on the album, something that is reinforced by the eye-watering array of remixes on the final two discs.

Yet listened to as a whole, the album comes across as exciting and thrilling. Underworld were – and are – a band capable of understanding that you could experiment and still have hit singles. The album hangs together well, overall, slowly letting you back down to earth at the end with the coda of ‘Moaner,’ as if reconnecting you with the world.

As a deluxe edition, there’s a whopping three extra discs of additional material. The second disc features previously unreleased out takes from the sessions, while the final two discs feature a whole range of remixes. From the outtakes ‘Nifter‘ and ‘Ramajama‘
are gorgeously hypnotic, and the version of ‘Bruce Lee’ is perhaps preferable to the album version.

The sheer number of remixes across the two discs is quite bewildering, and quite a lot to take in one sitting (or should that be hearing?). Certainly worth checking out are the Salt City Orchestra remix of ‘Cups‘ and Fatboy Slim ‘s not too big beat actually ‘King Of Snake,’ the latter running riot with squelchy 303ness.

As a whole package, this may appear to be for completists and die-hards but that is to miss the point of showing how comprehensive re-issue packages should be. Yes it reflects dance culture at a certain time, but it deserves to be commemorated. Added to which, it’s interesting to hear the original album alongside demos and to hear the remixes inspired and commissioned. Underworld are still going strong – last year’s Barbara, Barbara We Face A Shining Future is worth checking out – and this is as good a reminder as any that there was so much more to them than just ‘Born Slippy.’