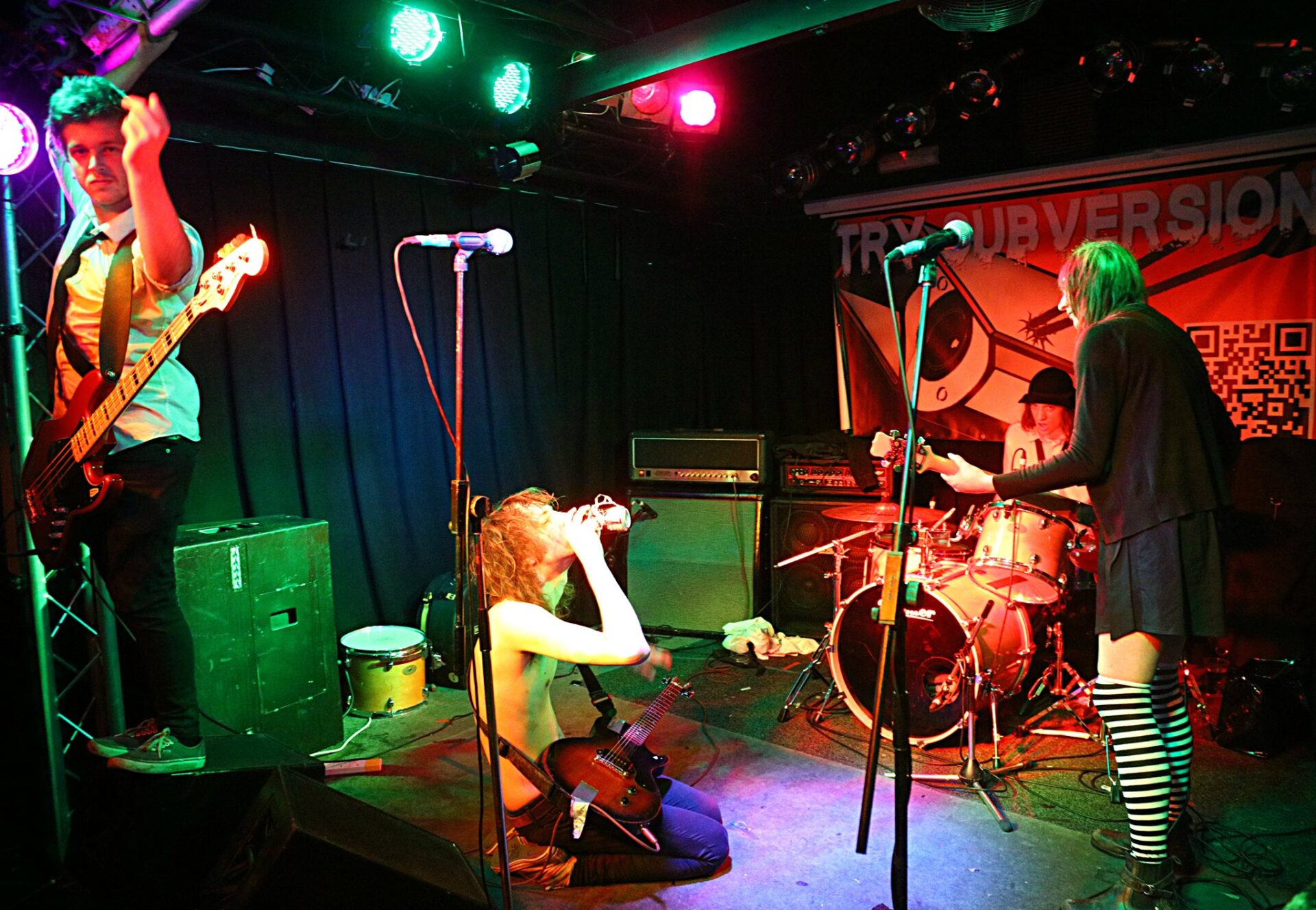 Even Mr. Magoo wearing a blindfold would be struggling to miss this brightly coloured venue, situated in amongst Leicester’s many warrens of backstreets.
Tonight we have no less than 5 bands in a 4 hour extravanganza of full throttle punk rock.

This was an event put on by Punkture Promotions to help celebrate promoter Clive’s 48th birthday (oops sorry about the typo Clive, I meant 32). It was a FREE event with a donation bucket. I really believe these events should be supported.

First tonight and managing to crash the bill as they gave tonight’s headliners a lift due to the van breaking down are The Russian Girlfriends. They completely live up to their name, apart from the fact that they are not Russian, or girls… They are in fact 5 lads all the way from Albuq, Alba…… New Mexico. Who have found themselves stranded in England after having their passports stolen from their van in their chosen English base of…er…Grimsby.. “We were supposed to be in Belgium tonight“. Every cloud.
They turn out to be a pleasant surprise and rock out almost thrash punk style

Next on are the punk band Try Subversion. Here we see Clive in his other guise as punk guitarist, complementing the Lydon-like, but much slimmer, Steff on vocals.
They are launching their cd tonight, it’s a fiver. And judging by tonight’s set well worth it too. I enjoyed them and they have some cracking tunes. Very much, authentic seventies style punk

The third band tonight are the impressive Produkty, 2 boys, 2 girls. Lead singer and guitarist Andy bemoans the lack of his effects box tonight, which like the Ming’s van, has given up and surrendered.. I was really impressed with them .They had a whopping amount of 30 cds made, all of them have sold out tonight, so they’re on the right track to the platinum disc already.. I would definitely recommend them to the point where maybe they could produce 60 cds next time again proving what a rich and healthy scene we have locally here in this fair city. 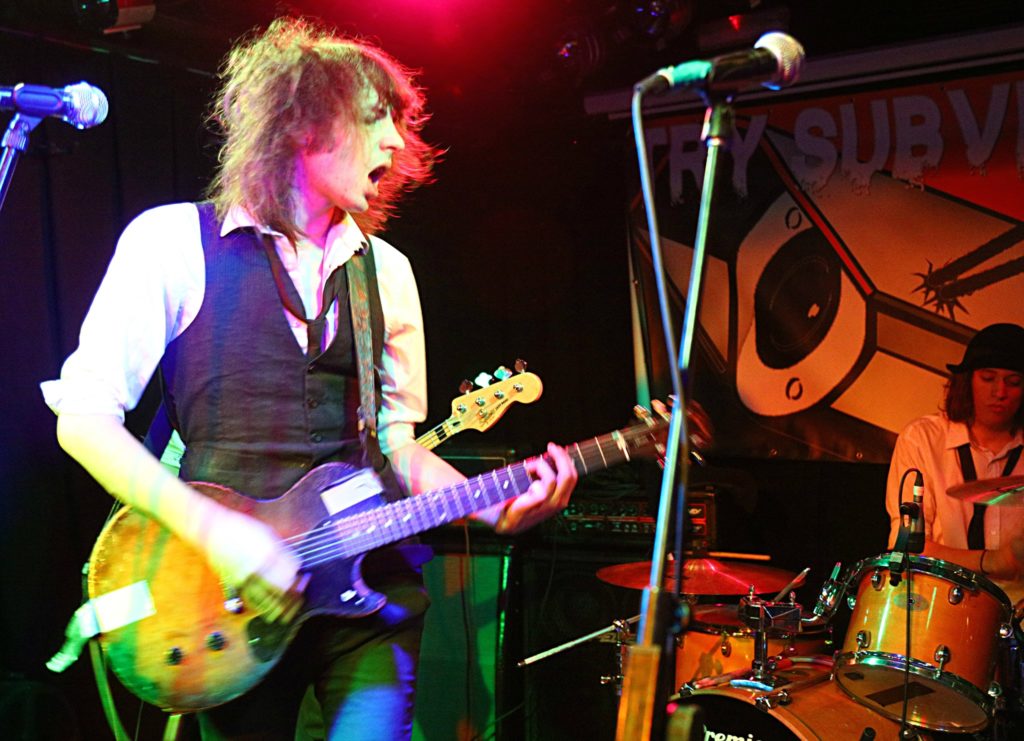 Next up as the clock starts to approach the unearthly hour are Local lads, Gestalt. This bass, keyboards and drums trio packing a good punch as warm up for the main band. They seem to be having real fun and do not let the side down as the list of decent bands on tonight’s bill continues. Always nice to see a bit of footsie going on on stage as bassist and keyboardist try to trip each other up, we even get an added forward roll courtesy of Stefan. The likes of Kiri Ti Kinawa, Tony Bennett and Shirley Bassey may have got further in their careers with more forward rolls maybe?

Finally at 11.00ish it’s time for tonight’s headliners the wonderful Ming City Rockers all the way from Immingham, North Lincs. These guys, and girl are now 2 albums in and we get a mix from both tonight, “This song is Sell Me A Lemon” says singer/guitarist Clancey Jones, “It’s about being screwed by the Government…I noticed most of you ***** didn’t react, that’s why you’re still stuck in fucking Leicester”.. Yes Clancey, a very painful reminder.. The MCR’s are fast and full of energy, they DO NOT let up, they have snarling, biting, cornered rat ATTITUDE (Rattitude) and they look the part, which are the reasons which initially drew me to their first album a couple of years or so ago, and from that we get the blinding cover version of Robert Johnson’s ,’Crossroads’, ’I Wanna Get Out Of Here’ and ‘I Don’t Like You’, along with set opener ‘Chic and the Motherfuckers‘. If you like hard rocking, then these boys and girl are for you. I’d definitely go and see them again soon.