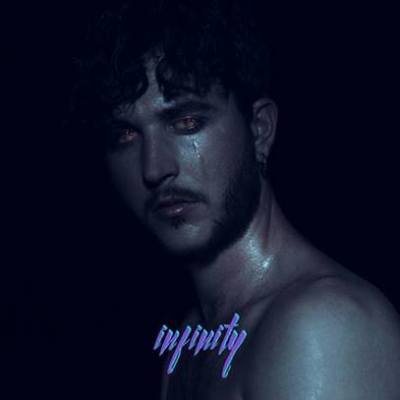 Despite playing to arenas of twenty thousand strong in mainland Europe, Oscar And The Wolf is little known in this country. But being big in Europe is not necessarily a good sign. There are many matters of taste and style that just do not cross the Channel, east to west, anyway.

The embodiment of two sides of Max Colombie’s personality, Oscar And The Wolf links Europop, fashion and the show as spectacle, theatrics that many British music fans find distracting. It is a cultural gap the Belgian pop superstar is unlikely to bridge on this second album Infinity.

The majority of the album is the type of club music you hear on a cheap holiday abroad when you are under thirty. So what you get is a clear attempt at sexiness, that kind of overt pouting and posturing you find on the summer dancefloor. ‘Susato’ has additional sampled breathiness that doesn’t quite go with the voice coder vocals. The lyrics talk about looking better in the dark but then most things do after too many tequilas. What we have to remember, of course, is ours is a country that recommends wearing socks in bed to heighten orgasms.

There are places where this style works quite well, for instance on ‘Breathing’. As popular music, it is unlikely to be cutting edge and the lyrics are clichéd, ‘You’re all I need now/Forever more now’ and ‘You love me soon/Up on the moon.’ ‘Runaway’ and ‘Last Night’ are similar music video fodder, albeit drunk on Pinot Grigio and in spaghetti straps.
There are tracks that are more pensive in mood and these are largely accompanied by a piano. But they are far from the introspection of The Smiths whom Colombie cites as an influence, ‘So Real’ and ‘Touch Down’ being the best examples. More obvious are influences such as Prince whose ‘Let’s Go Crazy’ talk-over is in evidence on ‘Pretty Infiniti’.

The best tracks are ‘So Exotic’ which is dub light. Even then it has breathy, boyishly camp vocals more suitable for a Jean-Paul Gaultier perfume ad than filling a British arena. ‘Fever’ is an all-out dance track. Again, it doesn’t scale any linguistic depths, ‘Let me be your shadow/Let me be the only one/You give me fever…like no other’ but then this is music for a club night out not a romantic night in. The best ones for that would be ‘Queen’ and ‘Honey’. The latter having the unfortunate lines ‘Won’t you come and chase me/Don’t you want to chase me?’ which are difficult to separate from an image of John Inman.

Enjoyed best on the Continent.

Infinity will be released on 29th September 2017 through Play It Again Sam/Neon Gold.