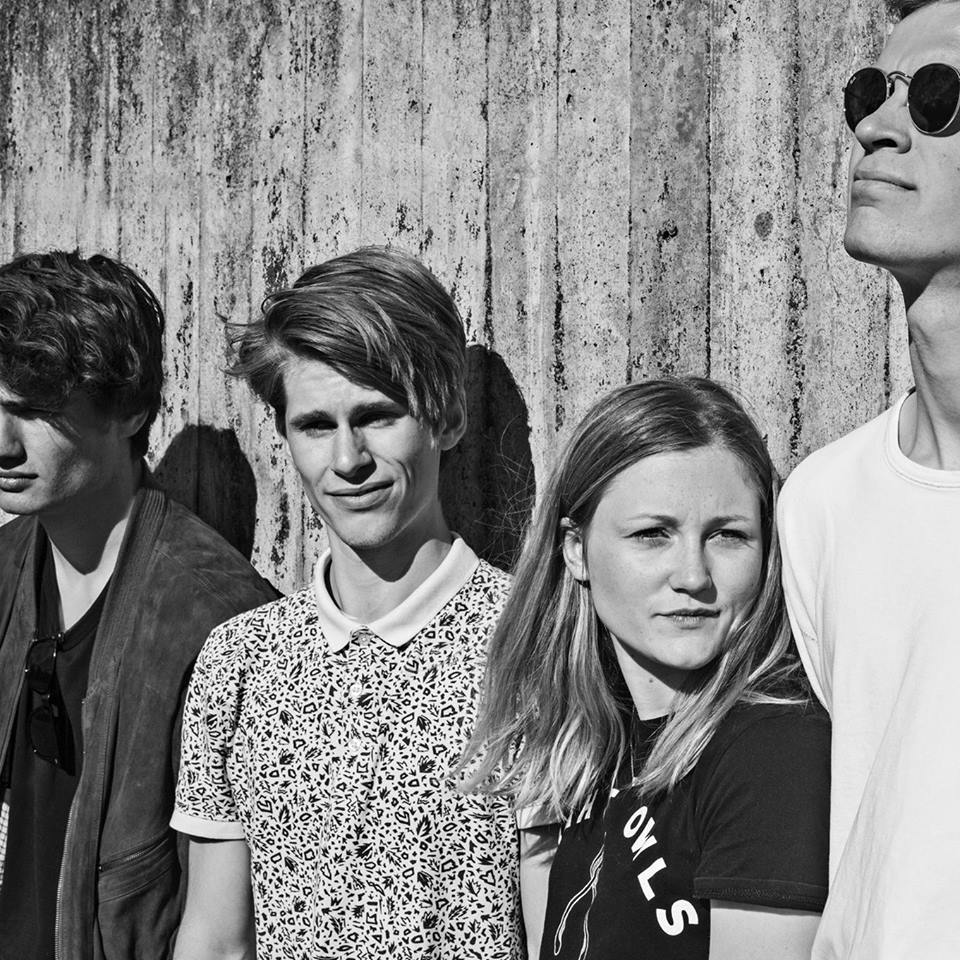 Expectation (noun) – the act or state of looking forward or anticipating.

Last month, I showered Sløtface with semi-passionate plaudits for their debut album Try Not To Freak Out. I did so whilst sitting in a bar in downtown Bruges and the 8.5% Belgian craft beer may have been partly responsible for the phrase “…an untamed romp through the sun-soaked folly of youth.” Nonetheless, this bunch of Norwegian miscreants have been tearing it up across the country recently, or at least that’s what their Facebook page claims and having lived with many of their punchy, vivacious reminiscences for a few months, I find myself in a state of mild excitement. Trust me, this isn’t the norm; I’m actually a miserable sod at heart.

However, four numbers in and my spider-sense is telling me something just doesn’t quite feel right, perhaps it was the calamari I scoffed just beforehand or is it something more rudimentary? After all, the band have wasted little time in warming the sparse audience with better known numbers such as ‘Magazine’ and the infectious ear-worm that is ‘Pitted’ and yet I am still in a state of puzzlement. Then it hits me like a Perseid meteor shower, the problem with Sløtface is that they are just too damn professional. This is a band who ought to be the very antithsesis of the oil town from which they hail (Stavanger), they should be loud, raucous and shambolic but instead they are politeness personified, more in keeping with Harlow with which Stavanger is twinned.

Don’t get me wrong, I’m not disappointed, just a bit surprised the band are halfway through their 45 minute set with the hand brake still on. I am desperate for them to cut loose, shout a few obsenities and maybe, just maybe, launch themselves with wanton abandonment into the crowd. But no, we are encouraged to sing Happy Birthday to one of the crew and I’m starting to wonder whether my daughters’ 5th birthday party wasn’t wilder than this.

Then, as if by magic, they tear through ‘Sun Bleached’ and the shackles start to be shed. The fact this wasn’t a Summer blockbuster still rankles with me but by now we’re moving through the gears, culminating in a mad dash through ‘Empire Records’ which, scandalously, was omitted from the album. Sløtface are finally cooking with gas and I’m left to contemplate quite why the reserved bunch of misfits from 15 minutes ago are now happily bouncing around with the rest of us without a care in the world. For the next 15 minutes we are all young again; we’re all free.

Oddly, ‘Slumber’ comes across as possibly the track of the night with some soothing harmonies in amongst the rambunctiousness and the omnipresent ‘Nancy Drew’ reminds me just what appealed to me about Sløtface to begin with; that sense of mischief coupled with an ear for a great anthemic chorus and judging by the amount of inane gurning on the way out, the general populace appear to have had a fine night of entertainment,

I stick by my original summation of Sløtface, they ooze fun and I hope their ambition never compromises their sense of youthful exuberence; I just want them to let go of their inhibitions more or perhaps it’s just me and my excessively high expectations. As Confucius sagely noted “The expectations of life depend upon diligence; the mechanic that would perfect his work must first sharpen his tools”.