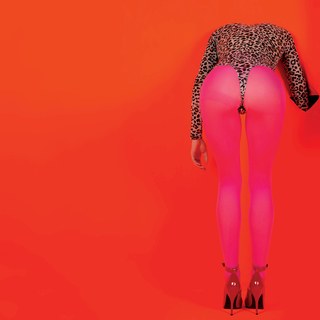 MASSEDUCTION arrives 10 years after St.Vincent’s (Annie Clark’s) enchanting debut, Marry Me. She’s spent the last decade evolving by mixing sweet melodies against her new wave and art rock leanings.She’s positioned herself at the centre of inventive songs that burst with ideas and expansive production. She always finds beauty amongst chaos, which can be traced back to Marry Me’s, ‘Your Lips Are Red’. After a chaotic three minutes of clashing drums and abrasive guitars, she strips everything away, delicately repeating the refrain, “your skin’s so fair it’s not fair”. On Masseduction, Clark has found new ways to communicate these deep contrasts in tone and mood. She also explores new themes and goes further emotionally than before, making a record that rivals her best work.

The three preceding singles kept people guessing about the album’s direction and showed Clark’s confidence in displaying her chameleon-like character,. A song referencing New York isn’t the most original idea, yet the yearning first single, ‘New York’, is one of her most moving and direct love songs. It has the same tenderness of previous career highs, ‘I Prefer Your Love’ and ‘Just The Same But Brand New’. The weary sadness in her voice as she sings, “I have lost a hero, I have lost a friend, but for you, darling, I’d do it all again” is heartbreaking — in the best possible way. It begins as a graceful piano ballad and then it introduces gorgeously orchestrated gentle beats and synths . It ends at 2.30, and it’s all too brief.

‘Los Ageless’ sees the return of her trademark scuzzy guitar playing. The guitars squeal and add textures to the pulsing synths in the verse. In the chorus she lets out an impassioned cry of, “how can any have you and lose you and not lose their minds too?”. Third single, ‘Pills’ has Clark indulging her kitsch side, where she pushes the unhinged nursery-rhyme style to an annoyingly addictive effect:, “pills to wake, pills to sleep, pills pills pills, every day of the week”. ‘Pills’ eventually breaks down with a glorious prog-induced coda that would fit on At War With The Mystics by The Flaming Lips. There are shades of Bowie as a sleepy saxophone appears through the haze, which is a sharp contrast to the schizophrenic first half.

It’s admirable that Clark finds new ways to flesh out her ideas as she pushes her music sonically in bold directions. It never overshadows how strong the songwriting is, as Clark sounds firmly in control. ‘Sugarboy’ begins with backing vocals that recall The Chap, before a fast electronic beat comes in sounding somewhere between, ‘I Feel Love’ and ‘Ray Of Light’ (and it’s as good as that sounds). She plays with gender in a way that Prince often did as she sings, “boys I am a lot like you, girls I am a lot like you”. His influence is all over the slinky R&B of ‘Saviour’ where sexual desires are featured heavily. They reappear on the title track as she repeats, “I don’t turn off what turns me on”.

Along with, ‘New York’, the ballads provide some of the most striking moments. ‘Happy Birthday Johnny’ is a reflective call-back to ‘Prince Johnny’ and ‘Marry Me’, and it’s just as gorgeous. The simple piano backdrop is a perfect complement to the tragic tale of her struggling friend. When a slide guitar appears, it’s reminiscent of Susanne Sundfør’s recent masterpiece, Music For People In Trouble. The album highlight, ‘Slow Disco’, is characterised by her soulful vocal and a warm orchestral arrangement that gives MASSEDUCTION its emotional centrepiece.

One of the most striking things about MASSEDUCTION is Clark’s demonstration of impressive vocal versatility. She goes to opposite extremes, sometimes in the same song. For someone who often appears stylised, her humanity is totally exposed. Sometimes she appears defiant and other times she sounds like the complexities of her life are all too much. On the brash pop song  ‘Young Lover’, she ends the song shrieking the title as the dramatic new wave guitars, synths and drums cascade around her. On the excellent 80s-industrial synth-pop inspired ‘Fear Of The Future’, Clark addresses her anxieties with an aptly frantic vocal.

On ‘Smoking Section’, Clark’s voice is raw as if she’s tired from wrestling with thoughts about her relationship. There are hints of a twisted take on Bjork’s ‘Hyperballad’ when she sings, “sometimes I go to the edge of my room, I think I’ll jump just to punish you”. ‘Smoking Section’ closes the album with Clark repeating, “it’s not the end” with more than a hint of Beth Gibbons. It leaves the album on an uncertain note.

In some ways, MASSEDUCTION  isn’t a huge departure from Strange Mercy or St. Vincent — it has the same illuminating production. Her personality and imagination remain her biggest assets, but she never sacrifices her spontaneity. Everything feels bigger and more pronounced, making this her most eclectic and exciting record to date. On the title track she teases, “oh what a bore to be so adored”. She should be used to that, because this exceptional record showcases her formidable talents yet again.