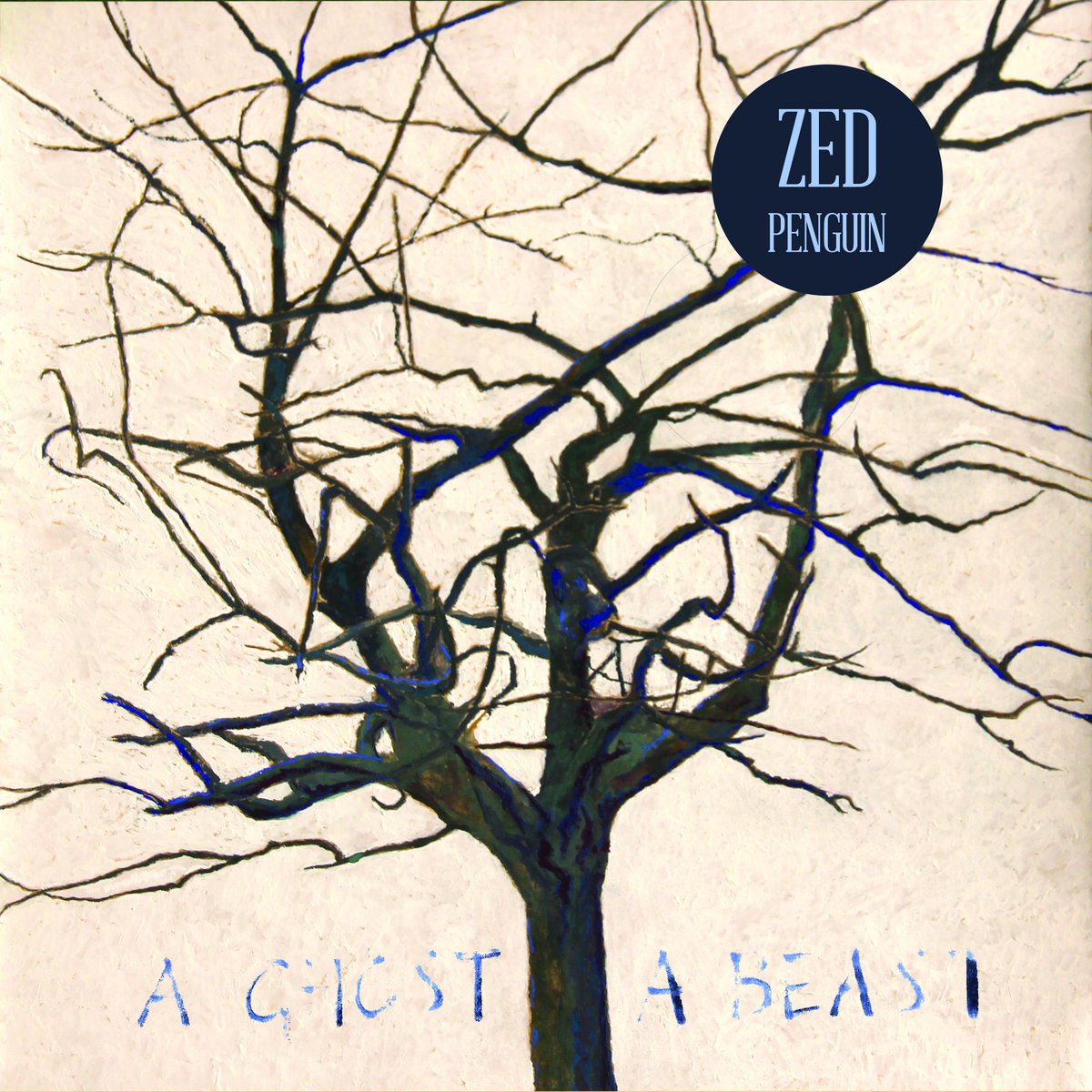 As tortuous routes to getting a debut out there go, Zed Penguin, the brainchild of Matthew Winter, takes some beating. Coming from Australia via Edinburgh, basic early career offerings were realised and released in the Myspace era – yes, really. A serious injury, unfortunately, threw a hefty spanner in the works and all collapsed into a trajectory to make any careers advisor wince. Still, with A Ghost, A Beast coming to fruition after a lengthy hiatus, at last, we’re good to go. Its existence may be a cause of relief as much as anything but, luckily enough, it turns out to be pretty damned good.

Zed Penguin fit into the slightly eccentric roster of Song, By Toad easily. Nestling in between the likes of Meursault and Jonnie Common is a comfortable place for this really rather singular record. The nine tracks are low-fi, twisting guitar efforts with a deal of echo and atmospherics. Things go at a sedate and considered place but the vocals by Winter himself puncture any po-faced seriousness. The singing almost recalls Peter Gabriel in flower or dead fox strapped to head mode. Not that the phasing guitars and metallic shards of sound are in any way similar to the ex-Genesis fellow but the vocals are self-confidently out there. As well they might be having taken such an effort to get, well, out there. May as well go for it after all. Contorted, pastoral, slightly-manic, definitely not like many other bands at the moment.

Credit must also be given to the elegant but sometimes slightly sinister and brooding strings of Atzi Muramatso. The cello on the otherwise tribal and sparse title track give everything a gothic edge. Gothic in the Tim Burton sense as opposed to the patchouli oil and sour teenagers vibe. In fact, it’s not difficult to hear some of the music as soundtrack material. It would need to be something fairly demented but the music is certainly closer to what you may encounter at the cinema or even theatre than down your average Tuesday evening indie night at the Dog and Duck.

Quite where that leaves Zed Penguin is moot. A Ghost, A Beast is an excellent record. It’s original, it’s accomplished, it’s odd and yet is utterly coherent as a whole. It has a straightforward concoction of guitars, voice, strings etc but is most definitely two steps to the left of the mainstream. The mainstream even as defined by most independent labels and bands.

Matthew Winter and co may have taken a while but you feel it is the true and complete vision of its creators with no concessions. It’s a touch hard to see where it fits into the current musical landscape but that’s for the accountants to worry about. We get to enjoy a release without any real contemporary reference points, By all accounts, live performances are excellent if rather alarming and primal so, with some judicial steering from the excellent Song, By Toad bosses, you’d hope this band of ne’er-do-wells will reach a wide audience. It’s nuts…but then a lot of the best things are.