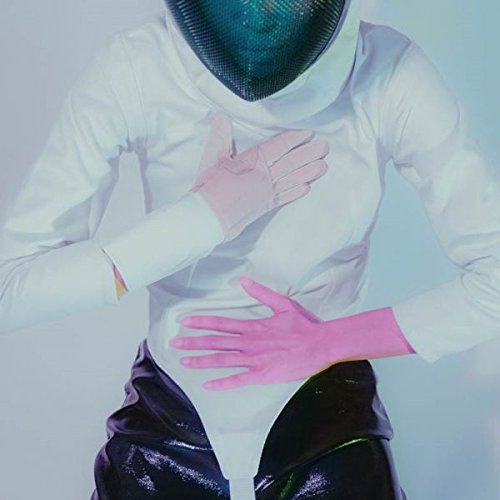 Ruban Nielson’s last album under the Unknown Mortal Orchestra moniker – Multi-Love – was the most fully realised of his dense, psychedelic output, and produced some moments of magic. Having previously taken something of a scattergun approach, it was the most streamlined of Nielson’s three records, and you’d expect Sex and Food would push further in that direction.

Unexpectedly (and satisfyingly), it instead inhabits a really comfortable middle ground between the slick and chaotic extremes of previous releases; Nielson is still on the Prince trip that reared its head on Multi-Love, most obviously on ‘Hunnybee’, but much of the time this slick, immaculately executed funk is filtered though a colourful spectrum of noise and other ideas, recalling some of Kevin Barnes’ very best work in Of Montreal.

Nielson has said that his modus operandi for this record was based on the idea that he “wanted to embrace this abandoned genre of rock music that I keep reading is ‘dead’ and invite people to hear what this living dead genre sounds like in the UMO universe.” We get shades of Zeppelin on ‘American Guilt’ in particular, but elsewhere this isn’t particularly obvious – the vocabulary of rock music is used but only in the context of Nielson’s odd, dense, psychedelic landscape.

Indeed, it’s how layered the record is that makes it so compelling after repeated listens, intricate, subtle melodies fight for space, and the plaintive, melancholic beauty of these songs – songs trying to make sense of this overwhelming age of consumption – reveal themselves gradually.

Arguably, it’s the more elegiac moments on the record that are the greatest successes. A criticism of Nielson’s earlier work could be that a forced wackiness detracted from the emotional clarity of the songs, which is entirely absent here, without taking away from the colourfulness of the record. ‘This Doomsday’ is a simple, compelling song that rides along on a gorgeous double tracked vocal and an arpeggiated acoustic guitar. ‘Chronos Feasts On His Children’; something of a breather sandwiched in between two of the records most dense moments- is the most one of the most emotive moments on the record, Nielson’s Prince inflected falsetto at its most vulnerable.

Sex and Food, despite its intention of reviving the ‘dead genre of rock music’ sounds like a thoroughly modern album, and something tasteful and timeless at the same time; nothing here sounds like it’s going to date horribly, and as ever with UMO, the strength of the song writing is exceptional – some high points of an already exceptional back catalogue. It is a resounding success because it fairly concisely incorporates everything that UMO do best, and it’s apparent that this may be the first record where Nielson fully understands and has complete agency over that. While embracing the vocabulary of rock music, Nielson has done something that seems increasingly lacking in the form: produced an album of beautiful, thoughtful, melodic songs with such a defined sonic identity that suggest that Nielson could become a real auteur of the genre.

Sex & Food is released on April 6th through Jagjaguwar.