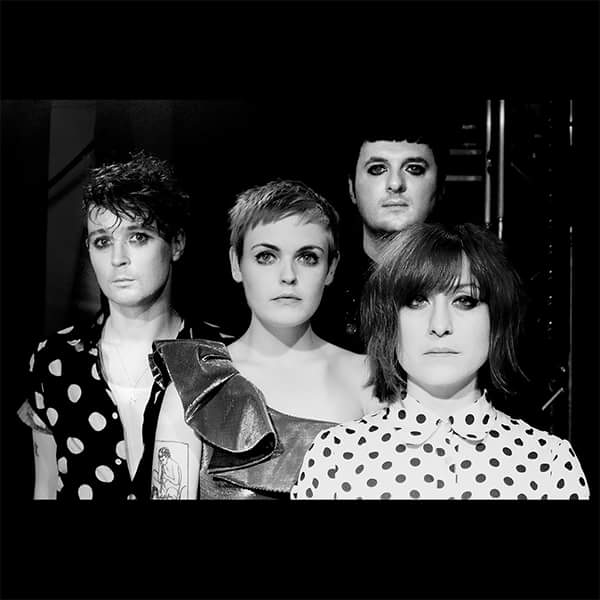 Desperate Journalist are the best band in the country at the moment. That’s basically everything you need to know, go and listen to the records.

But for a bit of background, the last time I spoke to the band was on a freezing January evening last year in a back room of The Hairy Dog, Derby. They had announced the forthcoming release of their second L.P Grow Up just before Christmas and they were beginning the promotional duties for its liberation to the great wide world at the end of March. Fast forward to over a year later and we’re sat in a pub in Hackney, East London on an unseasonably boiling late-afternoon in April. It’s the day before Record Store Day and the plan to meet up in a record/coffee shop over the road is scuppered by early closing to prepare for the carnage the following morning.

This evening, Oslo will host the only London headline gig this year in the wake of the new E.P You Get Used To It, five brand new tracks, three of which came out of the second album sessions bookended by two freshly written songs, ‘Incandescent’ and ‘The Bomb’ that, whilst seamlessly creates a cohesive record, point to the third album that is in production.

Rob – “Those two were musically written very late, so they never in the running for Grow Up. We probably only learnt to play them quite soon before recording, Jo didn’t have anything written for either of them. The other three were of the ilk that could be on Grow Up, they fit on there. The other two less so”.

“We intended to write and record more songs than we ever planned to put on “Grow Up”, there were lots of arguments about what we were going to put on there, so there was always a sense that there would be another E.P and that they would be released, so it was more of a case that they just didn’t fit or that we couldn’t agree and the majority won over one song going on the album over another. It’s one of the reasons we’ve always gravitated towards doing E.Ps”.

Within a year of the release of Grow Up their new E.P was out from a band that never seems to sit still. 2017 was a big year for them, culminating in a massive gig at Kings Cross Scala, an obvious highlight.

Jo – “That was amazing. We were terrified that no one would show up but it was incredible”.

Caz Hellbent –“I felt really proud. When I watch someone else there I think ‘Oh my God, I can’t believe I was on that stage”

The humble attitude does the band an injustice, they look as at home on such a large stage, playing no differently to a smaller gig such as tonight’s. In the wake of Grow Up the whirlwind of their biggest hometown gig, more dates across the country, festivals including a set at Benicassim in Spain, sharing the bill with Red Hot Chilli Peppers and Liam Gallagher, it all seems a distant memory.

Jo – “Grow Up seems like a very long time ago. We put everything we had into it and are really pleased with how it was received. People seem to get where we’re coming from. I feel very proud of it, very consciously working through things on it. It is therapeutic. I still enjoy listening to it”.

Rob – “I don’t get catharsis from playing them when they’re released, therapy is in the writing of new stuff”.

The prolific nature of the band is centred around guitarist and songwriter Rob Hardy who isn’t happy looking over his shoulder and admiring his handy work.

Rob – “I get bored really quickly as I have spent a year with the songs before the band get involved, then there’s the recording, then the wait for the release, and then we tour it. I write in batches for albums so I’m always on to the next batch and it keeps churning on the production line. I’m always writing. I get annoyed and frustrated if I’m not”.

Caz – “There are still songs I listen to, like ’Distance’ (from the eponymous debut record) I love listening to that. Maybe I’m the one more keen on going back. I’m really attached to all of it and I can still feel everything I felt back then. It’s a nostalgic thing”.

Simon – “Caz is the nostalgia and Rob is the future. Delete the past”.

Grow Up is centred around the concept of the leap from adolescence to adulthood and the strain it puts on a person, Jo’s lyrics coming from a very raw place, using another person as a conduit to project her feels onto them.

Jo – “It’s one way to express things that you can’t say about yourself, say it as if you’re talking about somebody else, like on ‘Hollow’, it’s not something I’ve consciously thought about but because of the intensity of the stuff I’m saying it was necessary on some songs”.

The lyrics are an introspective look at behaviour and attitudes and how difficult life can be, especially on band favourite “Be Kind”.

Rob – “That was actually on a pile of ‘not to use’ demos until Caz found it and championed it. Now I really love it”.

For a band that still have their full time jobs, the London date comes at the end of a week back at work after returning from a weeklong tour of Germany, a country that has really embraced them.

Jo – “They just seem to like us. I had been really busy at work so it was almost mundane to go on tour. Emotional energy on top of mental energy. It was still fun but I feel extremely weary thinking about it”.

Caz – “I feel really sad to be back. I really enjoyed it. Every time we go, this time more than last time, I feel like this is what I really want to do and I’m really sad to be back and go back to work. It went really smoothly, good venues, the sound was generally great, we were treated very well everywhere we went”.

Simon – “A lot of people in Germany seem to travel to come and see us, which is really nice”.

After tonight they are concentrating on the third L.P, although in the coming days after this conversation high profile support slots are announced, firstly with The Wedding Present in August and then Marion in November, but besides these it’s all systems go on the new album.

Simon – “After this gig we’ll be focused on getting it all together and ready to record”.

Jo – “Thematically, it is very different to the last album, lyrics wise, this is less introspective”.

Rob – “Grow Up was a descent – this album has some hope, it’s coming out of something, Grow Up was going into something quite dark”.

Jo – “It’s more hopeful sounding music that we’re working towards. I mean, Grow Up isn’t ‘Closer’ (seminal Joy Division album) or anything, it had its moments of euphoria and pleasure to it. We take melancholic drama and make it celebratory, I think it’s what we do best, so where this one is coming from is slightly different, personally and lyrically”.

Rob – “Most of it is written, give or take, it’s now a process of arranging it and sorting it out. It’s half rehearsed and ready with a full band”.

Simon – “It’s too early to be talking about it in great detail though”.

On stage tonight they cut an imposing, almost distant figure, intense and like a wound coil that gets released, but off it they are the opposite. Relaxed, chatty, self deprecating and forthcoming. Whether by happenstance or a conscious stage persona, they are the artists up there but there’s no ego or diva behaviour. Even if Rob does threaten to throw a pint glass at yours truly.

See you all back here in a year for L.P Three then.