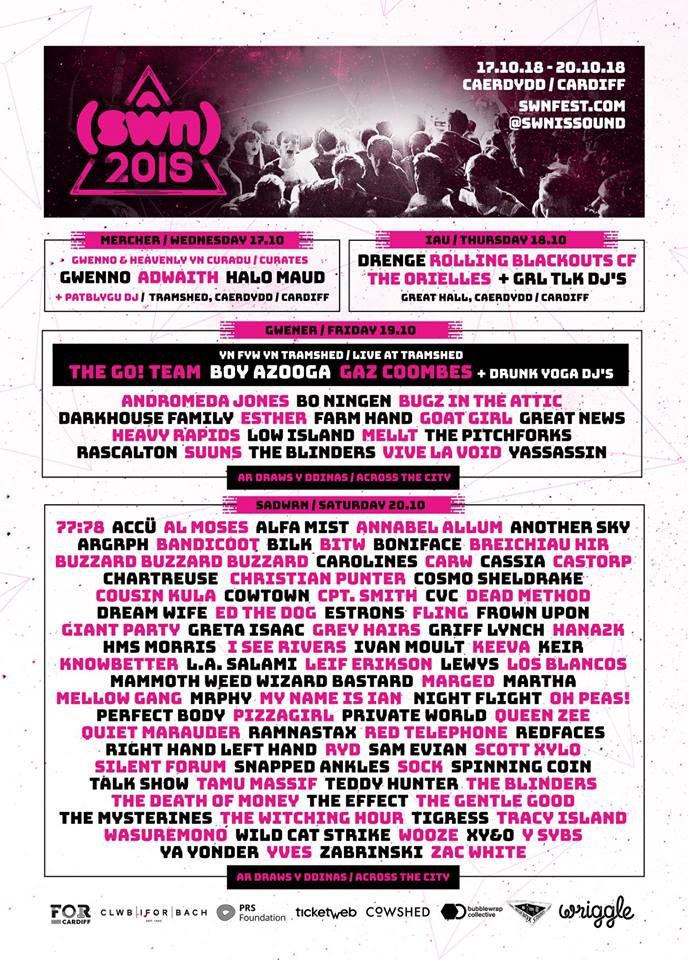 Sŵn festival have announced the final wave of artists for its 2018 festival including The Orielles, Estrons, Darkhouse Family, Spinning Coin, Carw, and Boniface are amongst the 30 new acts set to perform along side Gaz Coombes, Gwenno, Goat Girl and Boy Azooga. Sŵn Festival will take place at various venues in Cardiff on Wednesday 17th through to Saturday 20th October and tickets are now on sale from the website here: https://swnfest.com/#tickets

Organisers of Sŵn have revealed the full line up for the showcase of new(Welsh) music in full with some fine additions joining the already huge array of acts set to play.

Adam Williams, Live Manager at Clwb Ifor Bach who have taken over the event for 2018 said: “We’re over the moon to announce the final wave of artists for Sŵn Festival 2018.   It’s been 6 months since we were asked to take on running and booking the festival and we’re super happy with what we’ve produced. Now all we have left is to deliver it! Sŵn Festival has been a vital part of the Cardiff music calendar for the last 12 years and it’s been really exciting for us at Clwb to build on that success – we hope we’ve created something special and that people continue to enjoy this festival for many more years to come”.