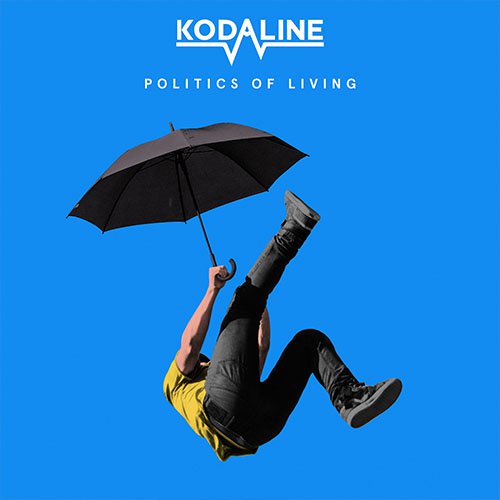 Kodaline made their name through safe acoustic indie music, and it is unfortunate but it is this blandness that stops the band from ever really taking off. Drawing comparisons to bands like Coldplay, Keane and The Feeling who made their name through the early 2000s when soft indie rock was all the rage, it seems Kodaline started in the wrong era.

Opening track ‘Follow Your Fire’ is immediately atmospheric, reaching into more genres in the first two minutes than their previous two albums did. Lead singer Steve Garrigan told Official Charts that the album was challenging to write, “It was kind of go big or go home on this album. My comfort zone as a writer is in ballads and slow emotional songs. It’s what I love and what comes naturally to me.”

‘Hide and Seek’ sounds like newer Coldplay straight off the bat, playing to the kind of jabbing piano over a dance beat that saw them through the Mylo Xyloto era. ‘Angel’ is the merging of the new and old Kodaline sound. It takes Garrigan’s warm vocals and layers it with angelic choir harmonies and an R&B beat. The song is a touching tribute to a girl who passed away due to a heart condition during their massive home show at Marlay Park.

‘Head Held High’ is supposed to really bring the feel good factor on Politics of Living but beyond the lighthearted video, it doesn’t do more or go anywhere in particular. Maroon 5 will no doubt be on the phone over ‘Born Again’ which somehow even mimics Adam Levine’s vocals as well as the whole ‘Animals’ chorus.

‘I Wouldn’t Be’ is quite frankly jarring when placed between ‘Born Again’ and ‘Come Around’, which are strongly influenced by the aforementioned Maroon 5 as well as Glass Animals. The song is poorly timed and there appears to be little authenticity beyond the lyrics, making it almost entirely reliant on radio friendly tropes.

Garrigan tries to play the bad boy on ‘Hell Froze Over’, which doesn’t fit Kodaline’s squeaky clean image and again is a strange step to have taken considering the way the tracks have been arranged. The song is just the kind of thing that will get radio play on the drive home, through its piano ballad opening and singing-rapping verse.

‘Temple Bar’ is a fitting end to Politics of Living, asking “where did it all go wrong?”. While this is an admirable attempt at turning over a new leaf, Kodaline have thrown themselves into the pop landfill. There’s nothing particularly wrong with this album but it does absolutely nothing new. It’ll get some radioplay and then be forgotten by the time Album of the Year lists are being written. Having watched Keane and The Feeling fade into oblivion, it’s hard not to see Kodaline destined to the same fate, playing midday festival slots singing ‘Love Like This’ forever more.

Politics Of Living is out now on Sony Music.