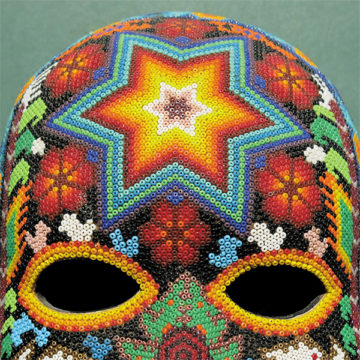 There are certain phrases guaranteed to make even the most seasoned music reviewer clammy with sweat and dread: ‘our music is actually really hard to categorize’ is pretty near the top of the list. Yet the duo of Lisa Gerrard and Brendan Perry do music that is genuinely hard to pin down. That’s not to say it’s unlistenable. Far from it. The reality is that over the course of nearly forty years they have drawn from a truly global pool of inspiration, whilst managing to avoid to either a) repeat themselves or b) produce something that sounds like worthy-but dull ‘world’ music. Even the fact that this is a concept album (though not, as Brendan Perry was at pains to point out to me, in the style of a seventies progressive rock concept album) cannot destroy what is a very special album.

Dionysus – also known as Bacchus – was the ancient Greek God of wine. This album consists of seven pieces (they don’t really seem like songs) over the course of two acts which tell the story of the legend. Whilst both Perry and Gerrard have very striking voices, this is one where their own voices are used comparatively little, at least in the first act. Instead of which, they use field recordings and chants, along with a vast array of folk instrumentation, which reaches right across the world, bringing in bird calls and European traditions along the way. Dead Can Dance probably weren’t what Mike Scott was talking about when he coined the term ‘The Big Music’ but even by their pretty high standards, this is music that is more than just widescreen.

Reportedly, this album took two years to research and record. That’s looking into the story, and researching the legend, and putting together something of gigantic scale, rather than getting sidetracked and not focusing on the matter at hand. In the process they have pulled off something with grandeur that feels spiritual rather than a folly of excess.

With Dionysus, Dead Can Dance have shown that not only are they one of the most original acts ever, but also that they are continuing to break new ground and reinventing the rule book. It’s been six years since the last album, Anastasis, over thirty since their self-titled debut, and they are still continuing to evolve as an act. A number of the instruments on this record are probably unfamiliar even to those who teach music, yet somehow it doesn’t matter.