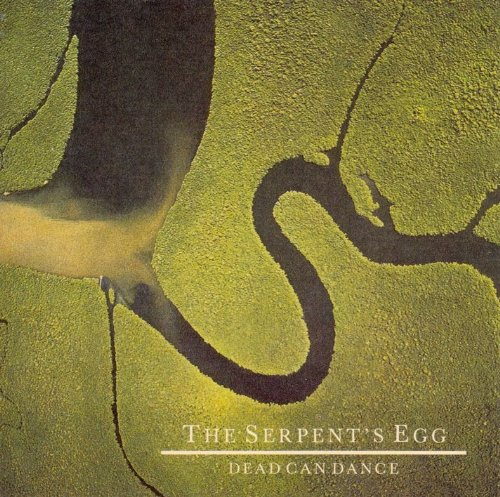 There’s no shortage of musical acts whose output changed over their lifetime. Talk Talk evolved from challengers to Duran Duran to minimalist post-rock, for example. And who would have predicted the trajectory of Everything But The Girl from being King and Queen of bedsit Bossanova to drum’n’bass and clubland acceptance? Yet perhaps the most astounding evolution belongs to Dead Can Dance. Brendan Perry and Lisa Gerrard were lumped in with the goth-industrial scene of the 1980s when they released their self-titled debut in 1984. This may have been to do with being signed to 4AD but that debut, whilst strong, was not typical of the sound that Dead Can Dance would become most noted for. The Australian pair would produce a series of albums that drew on traditional music that at times crossed continents and centuries. The results were always high in quality, bewitching and beautiful, and some of the unusual music ever to be filed under ‘Rock & Pop.’ 4AD were probably the most suitable label for them to be on – it’s hard to imagine label head honcho Ivo Watts-Russell grumbling about the lack of an obvious single.

Between 1984 and 1996, the band produced seven albums, which have been re-issued over the last year on vinyl. (They reunited in 2012 to produce an eighth album, ‘Anastasis‘.) The final re-issues (not quite sequentially) are their fourth, fifth and seventh releases.

‘The Serpent’s Egg’, originally released in 1988, was the last album made while Perry and Gerrard were still a romantic couple. The press release describes this album as ‘minimal but grandiose’, which is actually pretty accurate, and makes perfect sense when you listen to the album. The album opens with the glorious ‘The Hosts Of Seraphim.’ The album blends medieval and eastern influences – but so coolly and brilliantly it doesn’t need dance beats to try and bring it up to date (which, paradoxically, usually leaves results sounding very dated very quickly). Other highlights from the album include ‘Severance’ and ‘Ullyses.’ Usually when people talk of music being timeless they mean it sounds like it was made in the 1960s. So much of this – in the best possible way – sounds like it could have been made 500 years ago (technology notwithstanding). 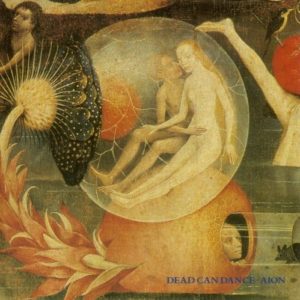 1990’s ‘Aion’ is a great example of how judging a record on its cover might actually be pretty accurate: it’s  a section from the Earth phase of Dutch painter Hieronymus Bosch’s famed triptych, The Garden of Earthly Delights. The album is a mixture of medieval and Renaissance styles. It’s a record that follows on logically from its predecessor. The highlight here might well be ‘Fortune Presents Gifts Not According To The Book’. ‘Black Sun’ is another strong track on the album – which sounds almost untypically modern, yet utterly belongs on the album. There’s Celtic hints at times, too – but unlike so much music that tries to incorporate Celtic music it avoids tweeness or bombast. As with much of DCD’s music, it goes a long way to making you rethink the much criticised ‘world music’ label. 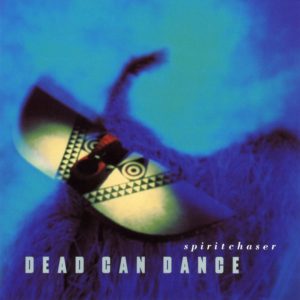 ‘Spiritchaser’ appeared in 1996. Over the previous few years they had gained a bigger following in the US, with their sixth album, 1993’s ‘Into The Labyrinth’ selling half a million worldwide. Gerrard had released her debut solo album, ‘The Mirror Pool’ in 1995 (she would go on to do soundtrack work, winning a Golden Globe for her work on Gladiator). As with ‘Aion‘, the album had been recorded at Brendan Perry’s Quivvy Church studio in the Irish Republic (as opposed to ‘Egg’ being made on London’s Isle Of Dogs) by the album’s title, the band had moved  from the sound of the preceding albums to work with African and Caribbean tribal rhythms. Yes there are drums and percussion on earlier albums (check out ‘Mother Tongue’ on ‘Egg‘) but this is an album driven by rhythm. This wasn’t intended as the band’s final album – rather that a planned follow-up was abandoned. Though the distortion on album opener ‘Nierika’ is a seemingly intentional false start, it again brings home the point that once you thought you had defined DCD, they would then surprise you. ‘Indus’ sees them share a writing credit with George Harrison – the melody is strikingly similar to The Beatles‘ ‘Within You Without You.’ As an album it’s perhaps the most modern sounding (in a good way) than they had been since their debut.

It’s a joy to hear these albums as they were intended – they show how creative and original an act DCD were, and why they were more than just another goth band.