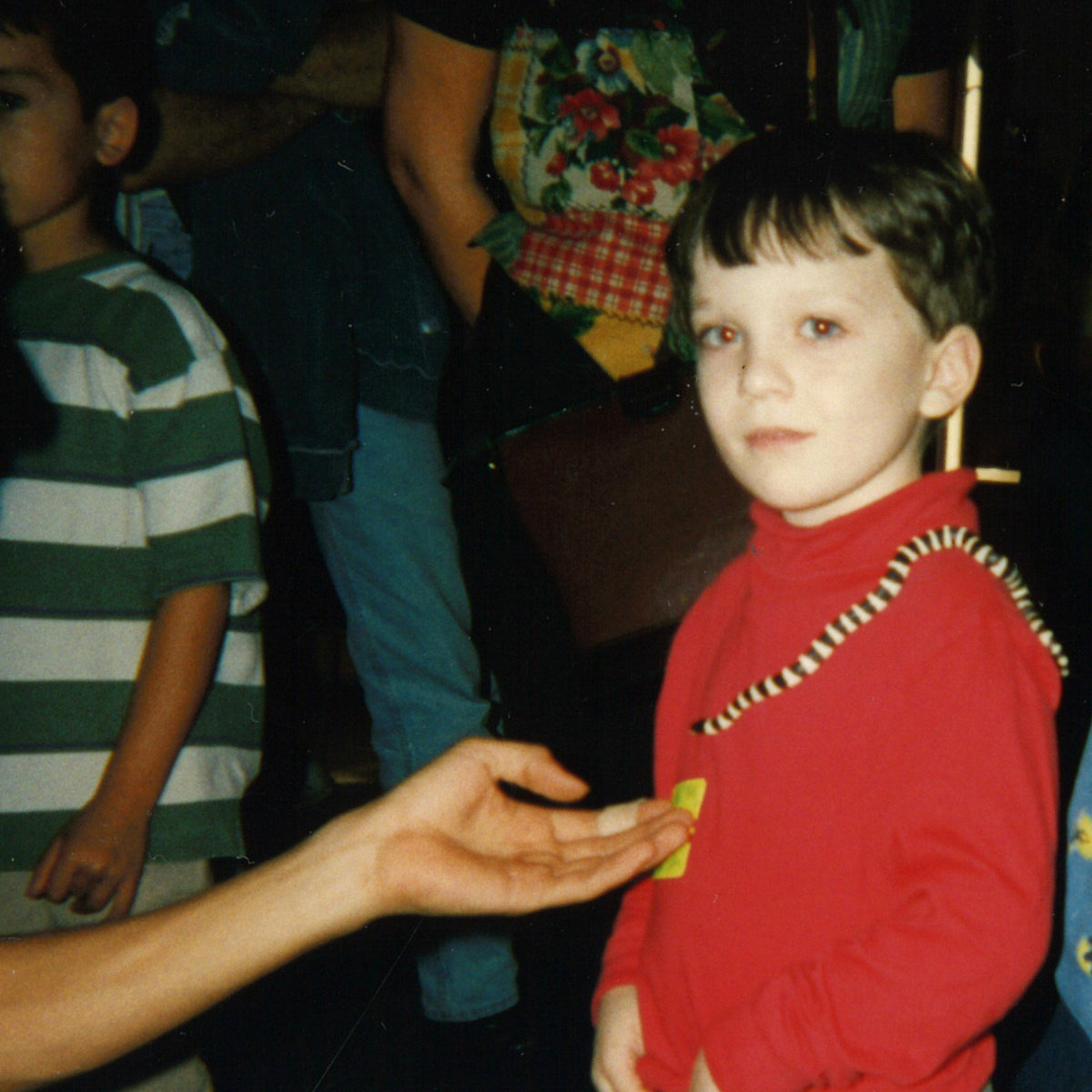 If we’re all on some crowded, fractious Network Rail-style journey from womb to tomb, then Angelo De Augustine’s new album is almost disembarking from the crowded carriage and trudging towards a rail-replacement bus service.  It’s definitely a document of a life that’s suffered something between leaves on the line and derailment.  Conceived after a painful break-up in 2017, it feels like a walk along a chillingly windswept platform, lugging baggage, knowing you’re going to get to your destination, but at greater personal cost than you’d bargained for.  You know that face you make when you’re walking into a stiff breeze?  You’ll catch yourself making that in the mirror as you listen.

Wintry piano notes, a plucked guitar and a husky falsetto (on Asthmatic Kitty Records, ironically) dominate.  It’s a sonic infusion of Iron and Wine, Bon Iver, José Gonzalez and Sufjan Stevens, who played piano on lead single, ‘Tide’.  Add to that a hoarse Nick Drake (especially on ‘You Needed Love I Needed You’) and you’re just about there with how Tomb sounds.

‘All To The Wind’ could easily be Ben Folds, early Elton John or a Night at the Opera Queen album track, were it not for the vocal rasp and the futility-drenched lyrics (think Donovan’s ‘Catch The Wind’) that cut deliberately across the potentially upbeat, simple piano-playing.  The symbolism of the album’s title was always likely to point towards the morose (although ‘Tomb of the Boom’ by Outkast was distinctly lively), but even though it’s an album that seeks to lay heartbreak to rest, there is an excessively funereal pace.  Once you’ve reached ‘Time’, by far the best tune on the album, at track seven, you may have already been made too sombre to enjoy its bass bounce and breezy ‘dock of the bay’ whistling with the nonchalance and exuberance that you might have done otherwise.

It takes until track eleven for the album to warm up truly, with ‘Bird Has Flown’ offering a sense of acceptance that what’s done is done and cannot be changed.  It’s a bit like going to the pub on December 28th, knowing you’ve celebrated the birth of Jesus by persecuting your liver, and having a brief pang of guilt about wanting to have another pint.  That particular ship has sailed.  To give the tempo a shake-up at this stage of the album, with some nifty pizzicato and that satisfying swell of bien-être also feels like the horse has already bolted.

Mr De Augustine’s given name has been strongly linked with heartache and heartbreak since The Brotherhood of Man forged the link with ‘Angelo’ in 1977.  In those lyrics, though, the shepherd boy and the wealthy young girl run away together and forever, but they do top themselves, so that they can be found hand-in-hand and can never be parted.  So to be fair to 2018’s Tomb, this Angelo has a more hardy sense of resilience.

Tomb is released via Asthmatic Kitty on 11th January.