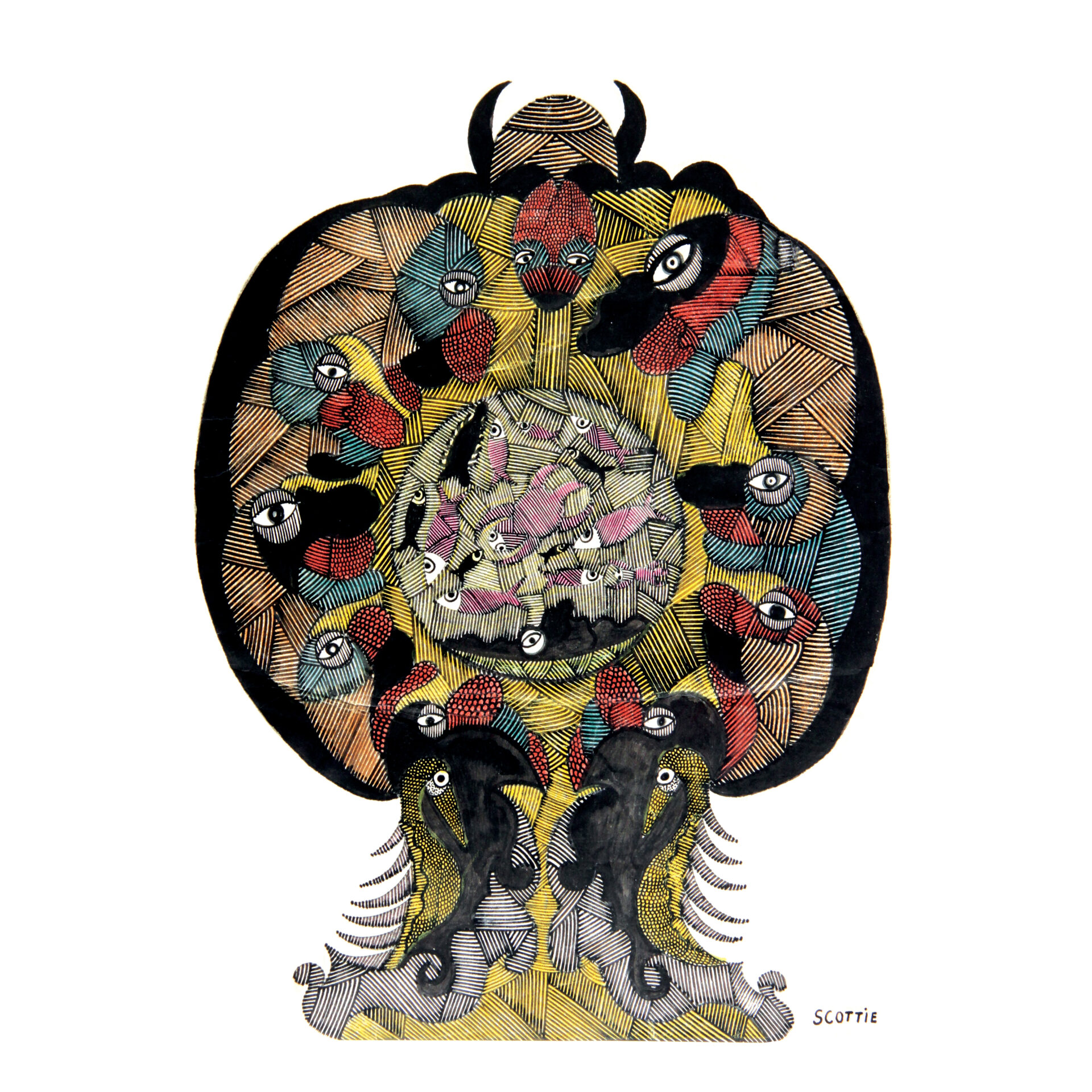 Fugues is an album to be forgotten about.

This isn’t intended in the sense of an unmemorable album – rather, this is what Fugues is, as the name suggests: a playful meeting of meanings between a musical fugue, being a piece composed of repeating themes in different voices, and the psychiatric fugue state, a temporary period in which one forgets their identity and wanders.  This is an album to put on loud and leave the room; it’s an album playing from the bedroom while one looks out the kitchen window on an idle day at the sunshine and passing shadows.  Fugues is not the soundtrack to your life.  It’s the score.

This passive listening is a valuable quality often overlooked, and a place that many instrumental bands fall over, especially when they’re inclined to longer tracks which are exhausting in their own right and even worse when they insist on your active attention for that entire time.  Kogumaza‘s fugues allow it to wash back and soak into the environment around it, and within its tides rising in thematic complexity, dropping to simplicity, captures the listener’s curiosity enough to delight rather than demand.

Balancing with the clean, clever ‘Chrysalism / Live In Time’ and chiming, 90s-throwback ‘Sub-Photic’, this album is also a solid psych out – ‘Bolan’ of course aptly named, while its other half ‘Exploding Head Syndrome‘ is muddier, heavier.  Opener ‘Io / Tohil‘ reaches moments akin to those the Super Furry Animals have toyed with on their last few albums, harking back to a classic psychedelic sound while exploring it into new technology, now freed of the constraint of a song or phrase or lyric.  While nothing is going to tear your throat out with its originality, it’s a fine and finely crafted piece, pensive, warm and beautiful, with some glowing guitar work within its soundscapes.

Fugues is an album made for vinyl, a sentiment rarely valued at present – but there is a particular art to it, especially in the instrumental.  Its four tracks reflect this structurally, but more than that, it’s the space and shape of the thing.  It builds in the background, and like that works its way into one’s experience of a moment and gives it colour and weight that is often lost in a digital format.  Low Point’s clear vinyl version is, in fact, heavyweight.  They know what they’re releasing, just as Kogumaza know what they’re creating.  And that direction is valuable.