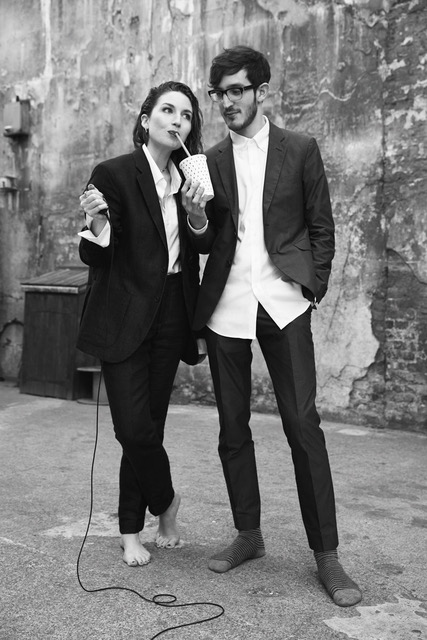 Summer Camp – AKA married couple Elizabeth Sankey and Jeremy Warmsley – are back with their new music for the first time since 2015. Love of My Life / Danny and John is the lead double A-side single from their forthcoming LP Romantic Comedy. Listen to Love Of My Life here:

Romantic Comedy – the album – is a complete LP of original songs drawn from and inspired by Sankey’s film and the experiences and movies that inspired her to make it. Love of My Life, the first cut from the album, is a gorgeous 60s-flecked song that swells gracefully and longs for a lost love, the one that got away.

Danny and John, which doesn’t appear on the film’s soundtrack, was inspired by classic rom-coms like Sleepless In Seattle and In & Out. Written by Sankey, it sees her partner Warmsley take the lead vocal for a tale of two men who can’t seem to quit each other – even if it takes a decade for them to realise.

The band will be performing the score to Romantic Comedy live at Sheffield International Documentary Festival (Doc/Fest), at the Crucible Theatre, on 7th June, their first live performance since 2015.