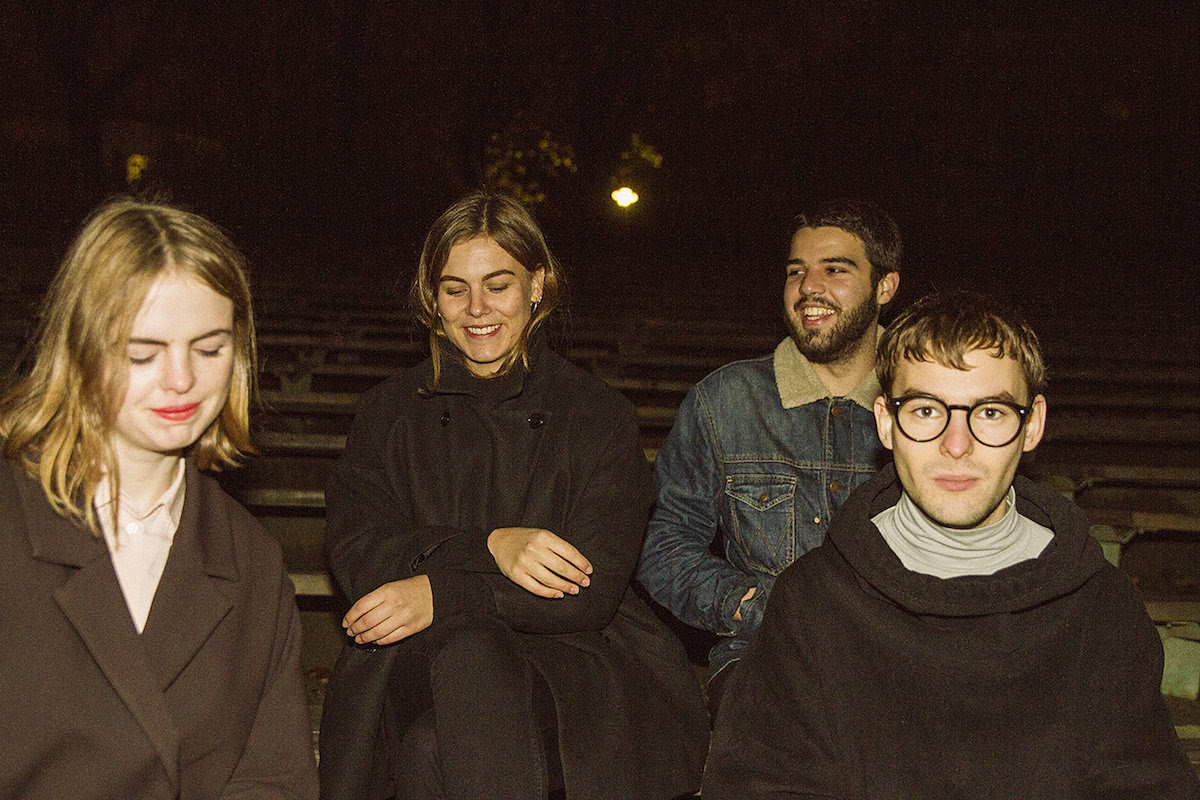 What? ‘Change of Heart’

What they say? Lyricist and singer Siri Sjöberg about the song:
“I wrote the song last winter when there was a governmental crisis in Sweden. It’s up to each listener to interpret the lyrics but it’s definitely about swedish politics.”

Why we love it? First of all, this Swedish band have a great name. This gorgeous single shimmers and sways with elegant vocals and anthemic dreamy quality that has us enraptured. The twinkling and bointiful chorus is a sheer delight too. This is a wondeful song about keeping hope in your breast admidst the chaos. (BC)

What? ‘One Eye Open’

What they say?  The song “is about the idea of an artist as a sort of sacrificial lamb.We seem to like when our public figures take a fall, which sort of makes sense considering societies long standing desire to publicly flay the fortunate as catharsis, but Ive always found it ironic that artists/musicians seem to fall into this category as well considering the disparity in income between say, a famous actor and a middling indie musician.  Either way, “One Eye Open” is loosely based on the visual metaphor of a high wire artist in a three ring circus who elicits ooh and aahs from the crowd, but after awhile starts to perform with one eye open as they grow restless.”

Why we love it? Taking its rigid electronic inspirations from the dawn of synthesiser music (Think Kraftwerk’s bleeping algorythms  and new wave’s gothic cool), ‘One Eye Open’ ticks along in an echoey, robotic chasm of past futures. Lo-fi 80s synth-wave bliss. (NK)

What? ‘Roses That Cry’

What they say? Philadelphia noise punks Empath have announced they’ve signed to Fat Possum Records and will be reissuing their critically acclaimed debut album, Active Listening: Night on Earth. The deluxe version of the LP includes their 2018 Liberating Guilt and Fear EP, available on vinyl for the first time ever. Their new single ‘Roses That Cry’ accompanies today’s announcement and is the band’s first ever U.K. release. (NK)

Why we love it? Abrasive and noisey slab of attitude rife with

What they say? To celebrate the release of their debut album Are You Nervous, Swedish Death Candy have released lead single ‘Modern Child’—a track about an orphaned child born in the future to robot carers, that weaves Perry’s disparate interests together perfectly, illustrating how taking a creative approach to storytelling on the new record allowed him to examine topics from multiple perspectives.

“I’m a sci-fi fan,” says Perry, “and for me the best science fiction is generally a social commentary based in a futuristic universe. I feel like we’re living in that time. We aren’t far from the future that a lot of the classic sci-fi novels refer to. This story doesn’t feel that far fetched considering how large of an effect technology has on the youth of today,” Perry continues to reason. “My six year old sister can use computers and tablets like it’s second nature. The internet has had a huge influence on our upbringing, and even I can’t imagine what a modern child’s perception of technology is, considering that they’ve never lived without it.

Why we love it? A riff-laden, brutish, psych rock masterclass. ‘Modern Child’ is thickly layered with distortion and fast-paced fretwork that keeps your mind dancing until the very last verse. (NK)

What they say? The song is based on the Romantic poet George Gordon Byron, who was known for his promiscuity and for having half of upper/middle class London besotted with him in the 19th century – he was depressive, and didn’t care about any of them. Arlo Parks says of her new release “george is an exploration of the self-destructive heartbreaker trope. I imagined someone reckless and beautiful leaving a trail of broken things in their wake – unaware of the damage they’ve caused.”

Why we love it? Deep and soulful cut replete with a toe tapping groove, and infectious refrains. Haunting and sumptuous the excellent lick ties this together. (BC)

What they say? I never release anything unless I let go of my fear of failure. So here is one I poured my heart into.

Why we love it? Formerly the vocalist with Voe, Harriet Whitehead returns with an evocative slice of majestic deep bass pop. Mysterious, pulsing and enveloping, its midnight atmosphere, its undulating beats stutter and pop while the chorus wraps itself around your heart, woeven with infectious vocal stabs that clings onto a memory. Fantastic. (BC)

What they say? One of the fastest rising forces in Wales. Adwaith return with a typical crafty two part track that slithers with dischordant guitars and heavy bass,then quickly shifts into a infectious singalong. Adwaith have a wealth of promise and always keep you on your toes. (BC)