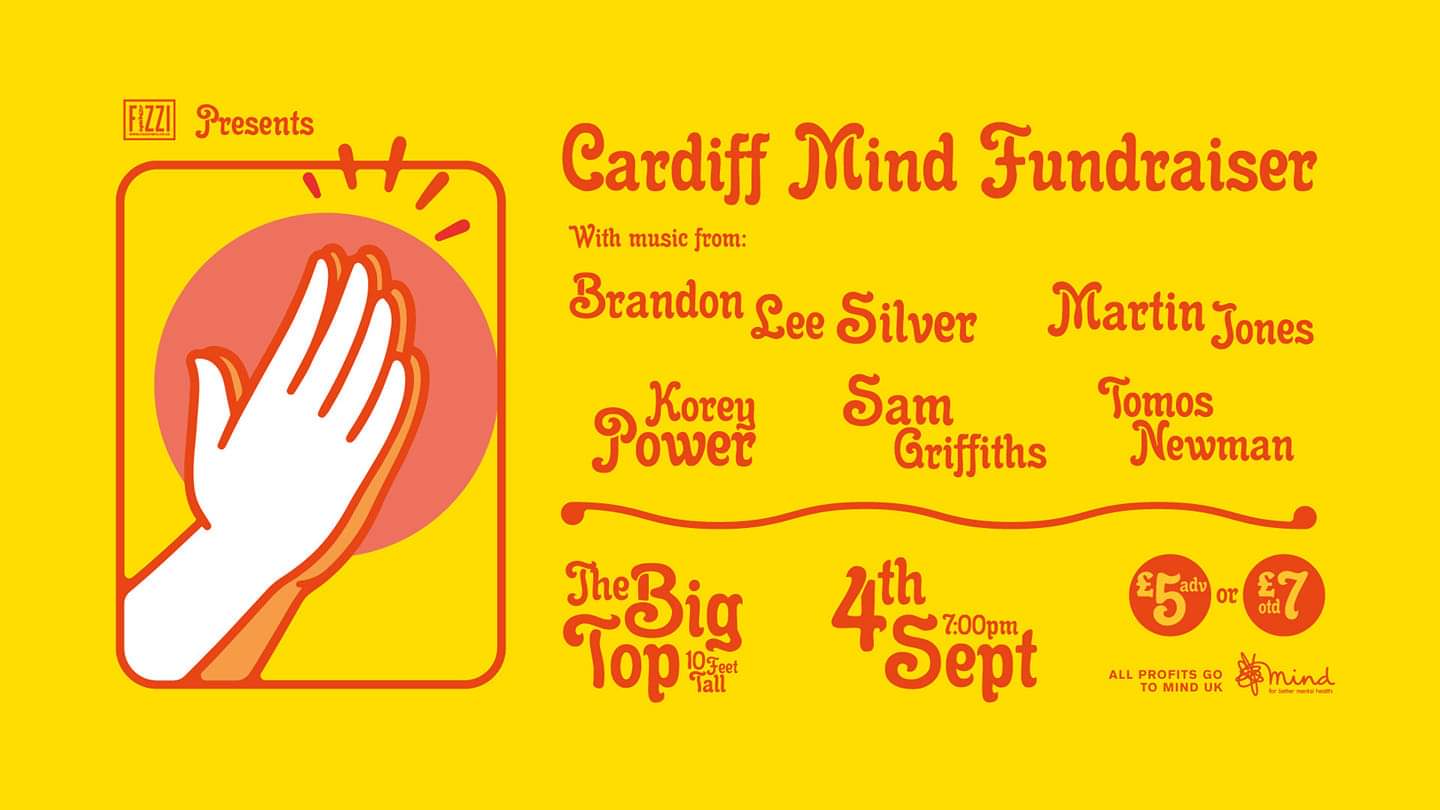 On a serene Wednesday night in Cardiff, The Big Top played host to a night of good music, friendly company, and warm spirit, all in aid of the mental health charity Mind. The night was also marked as being in support of well loved local musician and initial organiser, Chris Stoodley. The event he originally organised was to be a reunion for Cardiff band Under the Driftwood Tree with spectacular special guests, played in the setting of St David’s Hall, however after ongoing mental health issues the event was reorganised to a low-cost, intimate evening in the heart of Cardiff with friends and band mates and admirers of Stoodley present both in the crowd and on stage.

First act Tomos Newman strummed his guitar and plucked at heartstrings with his eclectic set of covers including Fleet Foxes, a goose bump rendering performance of Lewis Capaldi’s ‘Someone You Loved’, and with the assistance of Sam Griffiths, a duet for Driftwood Tree themselves. At only fourteen years of age, the guitarist and singer showed a great deal of talent and promise and will surely be seen plenty more in the pubs and clubs of South Wales.

Griffiths, bass player for the yet to return UDWT, took to the stage next and upped the ante with a series of earnest and technically impressive guitar performances. He played songs new and old with beautiful backing provided by the keyboardist, dedicating many tunes to his missing bandmate Chris.
The rest of the night was filled with close support from friends in the audience, virtuosic guitar playing and entrancing voices that belied the modestly sized Big Top venue. Korey Power wowed us with his unique voice “I don’t know where it comes from either” and brought up a friend on stage for a pitch perfect version of ‘Shallow’ that gave Gaga a run for her money. Martin Jones continued proceedings with a set full of impromptu songs and a heartfelt tribute to Stoodley, a thread which seemed to run through the night’s performances.

As closing act Brandon Lee-Silver noted, while we might have felt the absence of Stoodley that night, he was certainly present in some sense, and given the love and concern poured his way that evening, things will surely get better (things always do). Lee-Silver played out the night with incredible style, taking requests and even inspiring some hoop dancing from the crowd. Both crowd members and performers departed in high spirits, with the profits of the night making their way to a worthy cause.