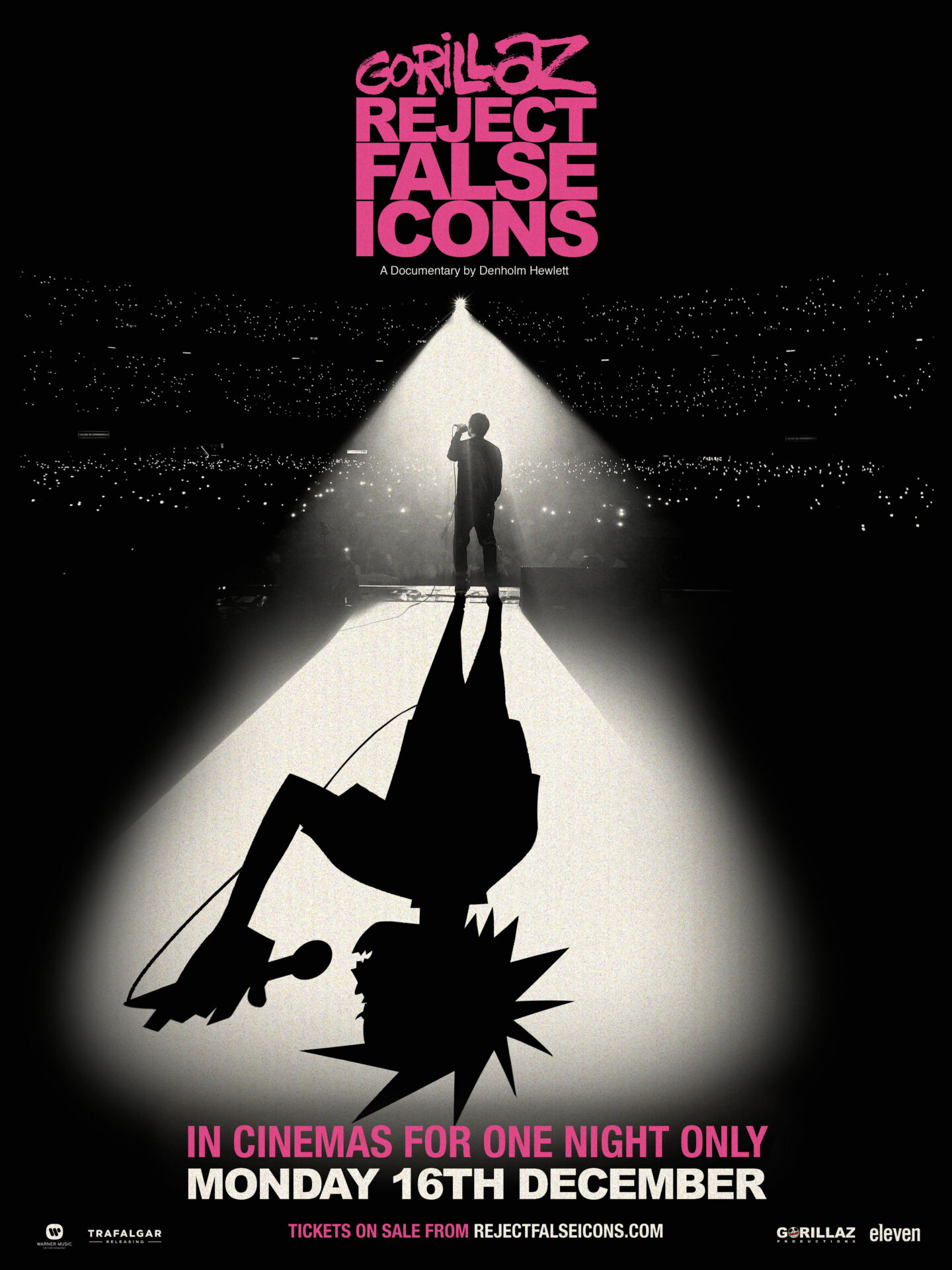 Gorillaz have released a trailer for their new documentary film ‘Gorillaz: Reject False Icons’. The film premieres in cinemas on the 16th December 2019 and tickets are now on sale. Directed by Denholm Hewlett, it will be shown for one night only in 600 international cinemas, with the showings spanning 27 countries. Tickets can be purchased at rejectfalseicons.com.

The film includes footage of Gorillaz in the studio and features several of the virtual band’s collaborators, including De La Soul, Pusha T, Bootie Brown, Jehnny Beth, Noel Gallagher, Mavis Staples, Danny Brown, Little Simz, Graham Coxon and many more. The film covers the making of the group’s past two albums, ‘Humanz’ and ‘The Now Now’ as well as their recent world tour. It also features appearances from animated members Murdoc, Noodle, Russel and 2D.