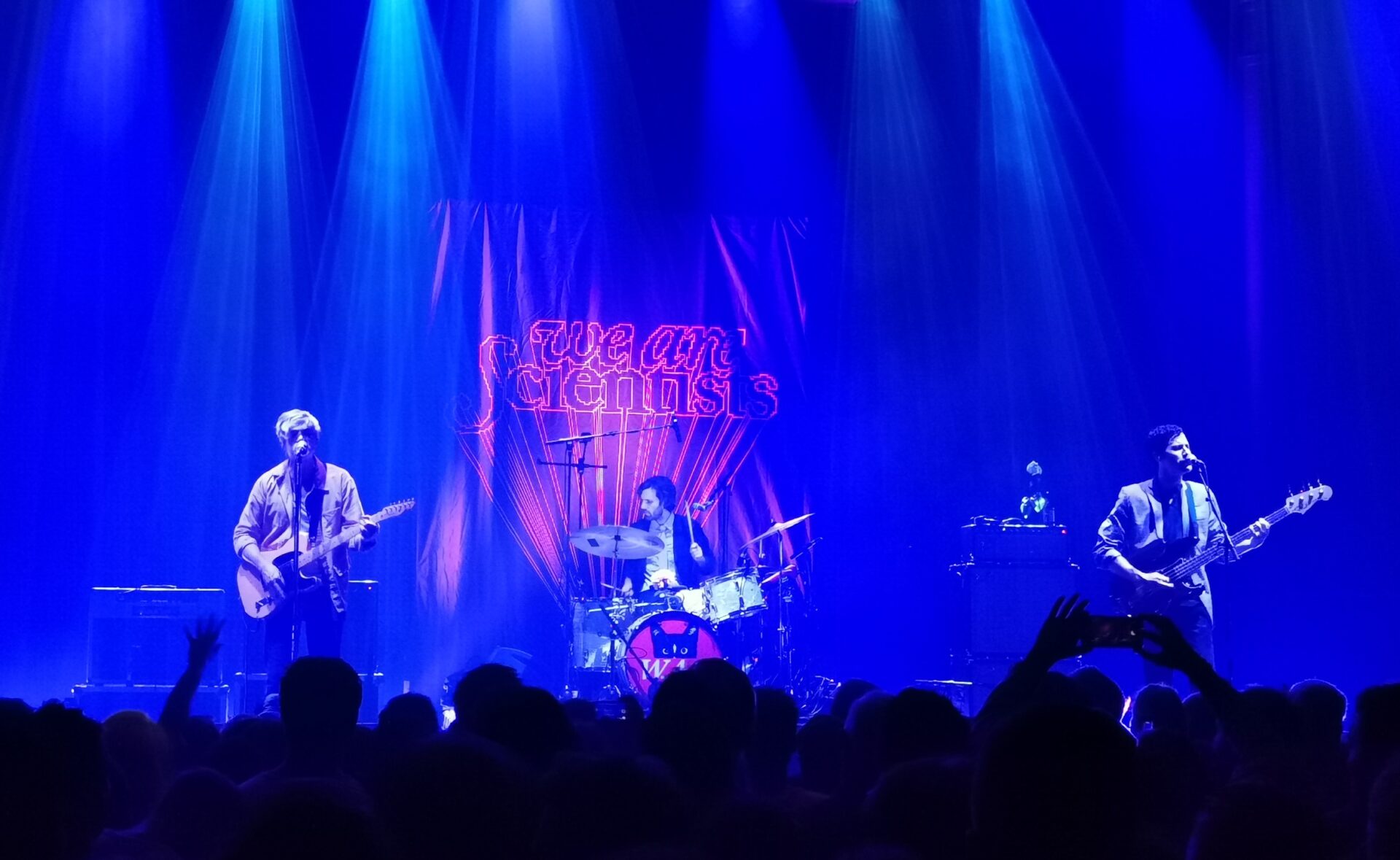 Is there a better, more consistent American band of the 21st Century than We Are Scientists?

The answer you’re looking for is, No.

They appeared box fresh and ruddy cheeked in 2005, straight out of Brooklyn by way of California with a sarcasm and wit not normally found coming from two of our American cousins, and it must be said it was slightly lost in translation in early interviews for the likes of NME. They were straight out of left field, to use an American Football expression.

That first record those 14 years ago, With Love and Squalor owed more to Britpop than it did to West Coast punk or the cool New York scene, although The Strokes certainly greased the wheels for their popularity over here. They had, and continue to have, more in common with us Brits and had success over here in the middle of Casablancas and the boys at their peak, alongside The Killers and Kings of Leon meant they were here more often than home. Which hasn’t change since.

Friends with Arctic Monkeys, Ash, Art Brut, they set up camp, accepting Brit Awards for the former and covering the latter on B-sides, they were ever present.

Now six albums deep, no one from that period, besides those Monkeys, have had the staying power or the amount of well received and critically acclaimed records since their opening salvo of hit singles and albums. In fact most have died a death or have become the butt of jokes as they release another turgid slab of half baked cack.

The fact that W.A.S make the jokes often at their own expense, has meant people have been laughing with them as they crack wise between one after another solid gold indie disco classics.

Tonight is itself a joke. Despite their debut only being 14 years old this year, they have announced this as the 50th Anniversary celebration, with tapes unearthed of an acoustic show they did opposite the site of Woodstock Festival in 1969 (check out the stream available specifically for the typically comedic “crowd banter”).

They are introduced this evening by their “road manager” with a bit of a rambling announcement that gets a little lost in the throng of babbling bodies but, more so than with most We Are Scientists shows, it’s all about the music.

They play the entire of With Love and Squalor, in order, so it feels almost a little strange to have ‘Nobody Moves, Nobody Gets Hurt’ straight away. The crowd go naturally ape shit and the moshpit is established early doors.

No matter how many times you have listened to this album it never tires. Even after 14 years it can be the music you go out at the weekend to, even if you’re staying in on your sofa, and the likes of the opening veritable bulldozer of a track, the triumvirate in the middle of the album ‘Cash Cow’ ‘It’s a Hit’ and ‘The Great Escape’ are indie disco staples and have you bouncing on your armchair on any given Sunday. As it is, the crowd are going bat shit mental.

Those of us that were in our twenties back in 2005 are all probably on the cusp of being able to go nuts down the front but the teenagers from that time are acting like the passing of the years has not weathered them.

This would be a short gig if they stopped at the end of the album and hot footed it, but no fear they return to slap through a greatest hits set from the other five records, beginning chronologically with ‘Ghouls’ the first track from Brain Thrust Mastery, their next album, taking in mega hit ‘After Hours’ and several cuts from their latest LP Megaplex.

A special gig has to have a special guest and the last song before they temporarily disappear to return for the encore, Andy Burrows, most famous for being the drummer for Razorlight that wrote their only number one, ‘America’, who was the tubthumper for We Are Scientists’ third record Barbara, appears behind the kit for ‘Nice Guys’.

They end with ‘Dumb Luck’ from album four, TV en Francais, almost begging the question, are they here by luck? Six albums in and packing out the Roundhouse. The answer is a resounding, No.

Are We Are Scientists the best U.S band of the 21st Century?

The answer you are looking for, is Yes!