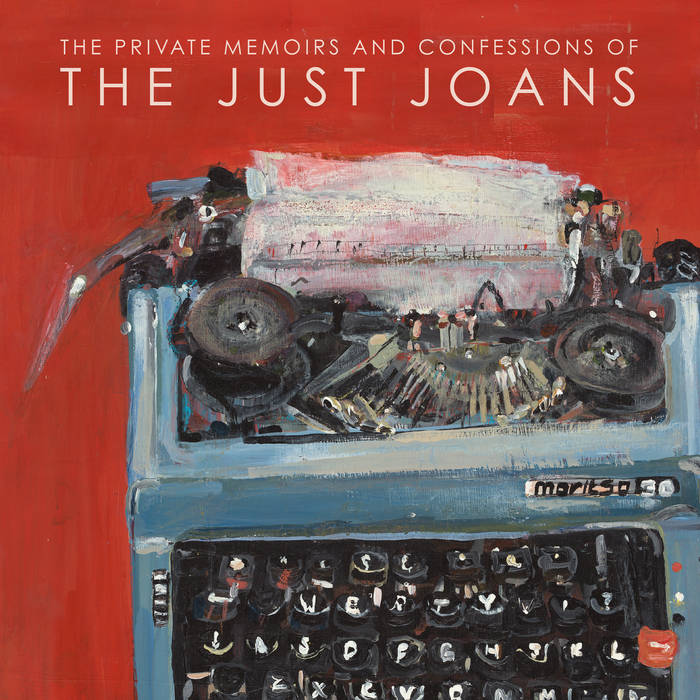 Scottish indiepop heroes The Just Joans are back with The Private Memoirs and Confessions of the Just Joans.

It feels like an age has passed since 2017’s You Might Be Smiling Now… and this, The Just Joans’ seventh long player, is a sparklingly dark-humoured record of people, places and half-memories from songwriter David Pope.

It’s a cleverly put together record, offering ecstatic highs of jump around pop and subtle contemplative soul searching, showcasing the breadth of the band’s experience.

Early work from The Just Joans featured lo-fi bedroom recording production; The Private Memoirs And Confessions Of The Just Joans is almost (whisper it) polished.

Album opener ‘Hey Ho Let’s Not Go’, describes the plight of wanting to stay at home rather than go out. It feels reassuringly familiar; if The Just Joans’ back catalogue was deconstructed, re-built and distilled into a single track, this would be the result.

‘Who Does Susan Think She Is?’ features a hint of The Stranglers in its guitar and rhythm work, bemoaning a move to London and conversion to veganism.

As the album gets going the track order hints at a more expansive approach to song creation with the gradual introduction of horns, strings and synth patches directly from 1982.

‘Dear Diary, I Died Again’ is a standout. It’s a softly crafted introspection delivered with heart-tugging sincerity by Katie who delivers a flawless vocal performance. Accompanied by strings beautifully arranged by Butcher Boy’s Alison Eales, it demonstrates that The Just Joans are more than acerbic lyrics and intelligent melodies backed with self deprecatory melancholy.

‘My Undying Love For You Is Beginning To Die’ has potential to become a live favourite with it’s perfectly constructed chorus, prime for pogoing. Opening with the chorus (hey this is 2020 and it’s the thing to do, ok?) you’re instantly captured. It will be rolling around your head for weeks.

The Private Memoirs And Confessions Of The Just Joans is a big forward step and re-affirms The Just Joans as experts in crafting intelligent self-aware indiepop.

The Private Memoirs And Confessions Of The Just Joans is available from Friday 10th of January on Fika Recordings.