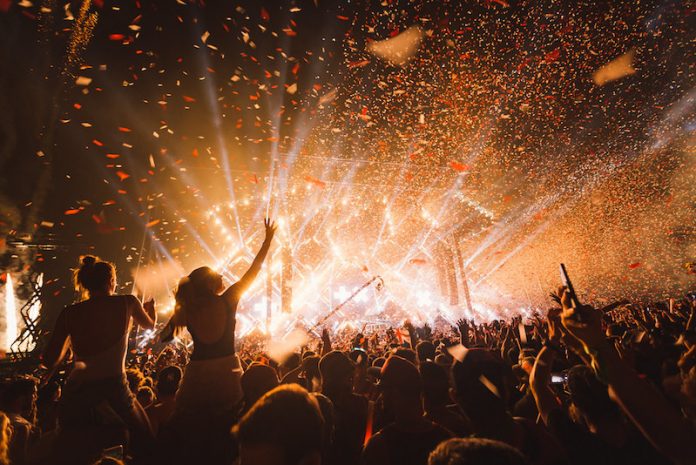 The UK government’s newly published post-Brexit immigration plans have been announced and members of the music industry are warning that they could have a devastating impact on European musicians looking to perform here. They will also increase the likelihood of new costs and bureaucracy for British artists looking to perform elsewhere in Europe.

“The Brexit deal creates barriers to being able to perform in Europe and for European performers to perform in the UK – barriers that will only be able to be managed by artists with a certain level of success,” UK Music Venue Trust CEO Mark Davyd told the NME this week. “This is basically a tax on new and emerging musicians. It’s not a tax that will have any impact on your James Blunts and Roger Daltreys. Someone will sit in an office and fill in all of their paperwork.”

We sketched out the potential impacts of Brexit upon music and freedom of movement last year.

The proposed new laws say that creative workers must apply for a temporary Tier 5 visa from 2021, which means they must jump through more hoops and pay a £244 pound fee per individual. Provide proof 90 days before applying, that they have nearly £1000 in savings, so they can support themselves unless they are “A-Rated”. Provide a certificate of sponsership from an event organiser. This will mean some artists may not be able to afford to perform here for festivals or as part of ongoing tours. Also the new proposed Australian points style system may also prevent long-term stays for those from the EU working in music. This may lead to a loss of income for venues and promoters and fans deprived of seeing their favourite European act.

Responding to the proposals on Twitter, the acting chief of UK Music, Tom Kiehl, wrote: “New plans confirm that from 2021 EU musicians coming to the UK for concerts and festivals will be treated in the same way as those from the rest of the world. This will drag some agents and promoters into the immigration system for the first time and increases the possibility that [EU] member states [will] introduce new bureaucratic hoops for UK musicians to jump through when seeking to perform across the European Union”.

Also apart from the costs the cultural impact of the loss of an exchange of music and culture is impossible to estimate.

“Our musical heritage has been immeasurably enriched by creative exchange with artists from all over the world, especially our closest neighbours. This is the result of a retrogressive, mean-spirited agenda.”

“Just think, if the Brexit Government’s new points-system for immigration had been in operation in the 20th century, we’d have been spared the terrible burden to our economy and culture of Freddie Mercury, Sade, Joan Armatrading, Rita Ora, Katie Melua, Emeli Sandé and George Michael.”

What it means for UK artists performing abroad and their crews is unclear as each EU member state will have a different set of guidelines but this lack of freedom compared to those we enjoyed as a EU member has led to uncertainty and a worry that more costs and paperwork will be required. Which will be a hammer blow particularly for young emerging artists and bands who wish to tour the EU.

On the potential impact beyond tours and festivals, Kiehl added: “It’s welcome [that] the government has reduced its salary cap, yet these proposals will still not work for many in the EU who want to work in the UK music industry over a longer period of time, given musicians’ average earnings are £23k and a reliance in the [UK government’s new] points-based [immigration] system on the need for elite academic qualifications”.

Ministers have talked about there being some flexibility for certain categories of workers such as nurses, and the music industry will continue to lobby for musicians to be another such category.

In response Musicians’ Union launched a petition calling upon the government to enact a new passport which will allow acts and crew to travel freely between EU countries. The musicians’ passport would “last a minimum of two years, be free or cheap, cover all EU member states, get rid of the need for carnets and other permits, and cover road crew, technicians and other staff necessary for musicians to do their job.”