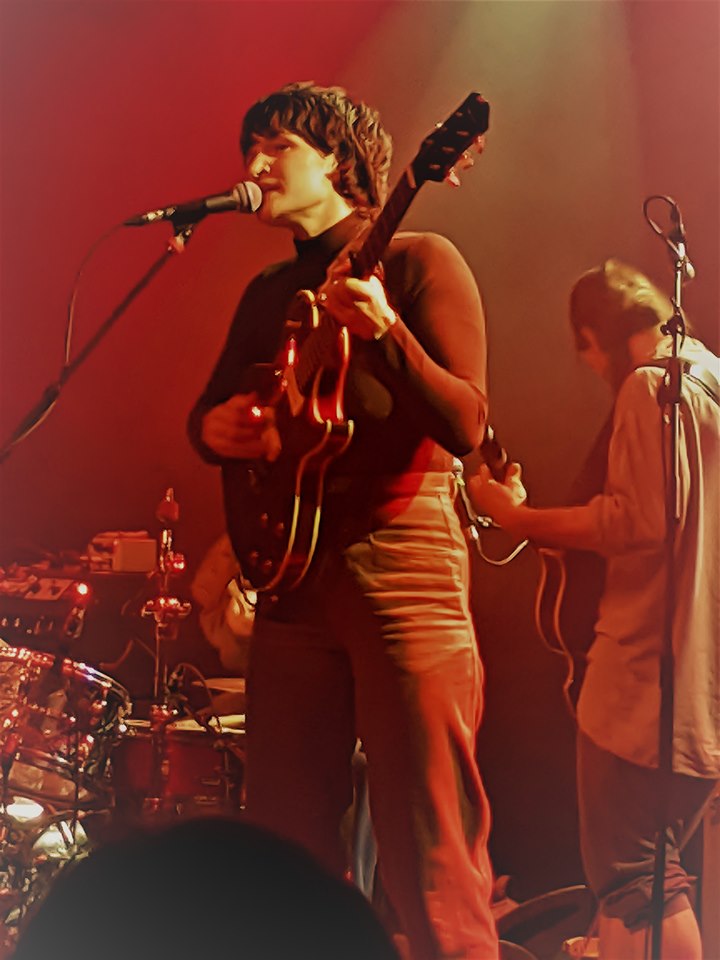 The journey taken by Big Thief that has led to them becoming genuine headliners of venues with capacities measured in thousands instead of hundreds has been as unassuming and as slow-building as their music.

Many bands that get to the stage that Big Thief are currently at can point to a particular hit or a specific incident that has “made them”.  The Brooklyn, NY based quartet have “made it” purely on the strength of their music.  This is something that doesn’t make for the most interesting reading but it means that they can deliver when it matters.  Truthfully, at Nottingham Rock City they over-deliver and then some.

Big Thief’s recorded output veers between introspective folk-rock and restrained indie-rock but when reflecting on their live performance there is no need to attach such precursors to the word “rock“.  Their set retains the intimacy that makes their music so beguiling on record but live there is a much harder, even grungier, edge to it.  ‘Forgotten Eyes’ and ‘The Toy’ in particular have the drive and intensity of Neil Young performing with Crazy Horse even if they are not delivered at the same sheer volume.

The capacity crowd are certainly receptive to this.  One could argue that certain elements of the crowd are too loud or boisterous for such a band, and the ambient noise level does slightly take away from quieter moments where vocalist and guitarist Adrienne Lenker performs alone or is practically unaccompanied.  Still, there is a genuine joy that greets each song and a rapturous ovation that greets the conclusion of each song.  This is something that cannot always be said of crowds at Rock City although no fault can be placed on the venue itself, which is always reliable in terms of organisation and sound levels.

The same rapturous ovation is not extended to support act Ithaca, whose brand of hardcore falls on a lot of deaf and disinterested ears.  Their cause isn’t helped by an early start time and a half-filled venue, but for their own part their performance is energetic and they do the best they can in the face of such widespread indifference and confusion.

For those willing to give the London quartet a chance they actually offer a refreshing change to the standard fare where bands are typically accompanied by a less successful version of themselves.  Like enjoying sáke with sushi it is a custom that though widely accepted is curious upon reflection – surely there are better offerings for accompaniment than something that uses the same base ingredient.

Still, Big Thief would be just as irresistible irrespective of accompaniment.  One wonders where they will go next. Their set includes four new songs performed in between favourites ‘Masterpiece’ and ‘Not’.  This is despite the fact that the band released two full-length albums last year.  It is something that suggests that their relentless rate of releasing new music will not slow down.  Equally, their set suggests that the rate at which their popularity is increasing will not slow down either.