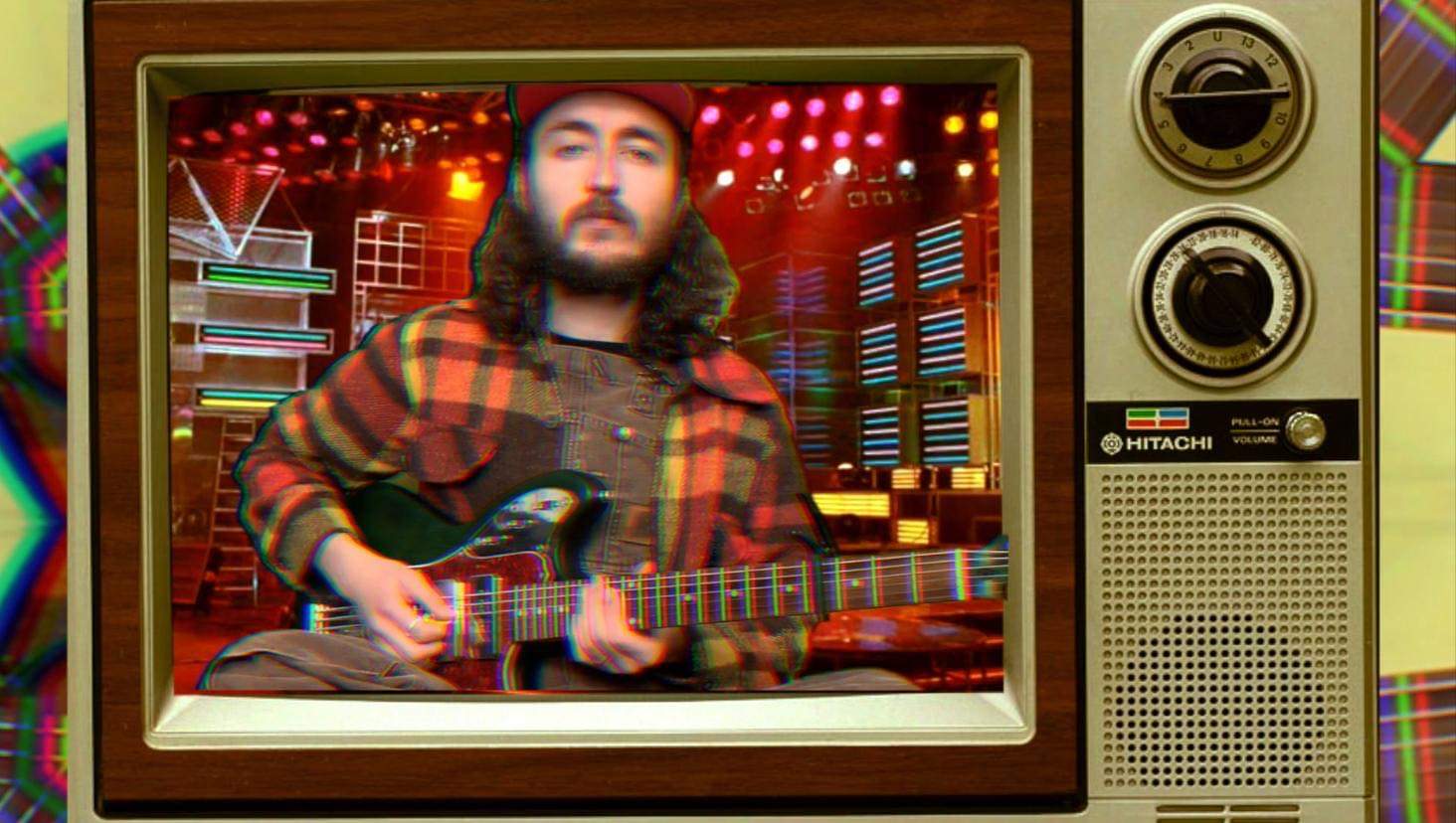 TJ Roberts from Cardiff is a lo-fi songwriter with an endlessly fascinating imagination. His debut album released at the tail end of last year is a riot of noise pop in all its shades, from kick ass Husker du-esque rockers like ‘Mountain Man‘ to more idiosyncratic numbers like ‘The Party’. Laid back and artful like Mac Demarco meeting Roxy Music for a jam your back room. Today TJ and his band have not only put together a lockdown playlist for us but a session too.

“Rarely do I hear a song that so immediately holds me as Circle The Drain did. It’s been on repeat since I first heard it. It’s a beautiful song that captures a melancholy that has really resonated with me in these weird times. I also love that it sounds like an updated version of the early 2000s pop-rock, which is a real time capsule back to some formative years for me.”

“I have such high hopes for Willie J Healey and his upcoming album thanks to this song and his other releases recently. The vocal delivery and guitar work on this record are a class above most artists, with a kind of strut that screams understated confidence. I’m sure we’ll still be talking about him in years to come”

“A truly spangly banger! It’s my favourite song to run to. A discovery in the car journey home after Tom and I had seen Carly Rae Jepsen on the first sunny day this year. It’s so well put together, each instrumental line weaves together beautifully and the vocal performance is wonderful.”

Liz Lawrence – None Of My Friends

“Due to play at Green Man, she’s an artist I’ve recently discovered and this song is from her wonderfully varied album ‘Pity Party’. Ominously relevant lyrics (it’s true, none of my friends are OK!) and perfectly simple. I love a good synth and this has got a seriously tasty one!”

The Strokes – Ode To The Mets

“I honestly think Julian and the rest of the band are the coolest cats to ever do it. They just ooze style and the sort of nonchalant charm that made me fall in love with them as a teenager. But I haven’t been too interested in what they’d released up until late. Surprisingly though their new record has absolutely floored me, it’s a real return to form for the band with the same melancholic underbelly to the songs that you can hear in their classic records. Anyway this is a beautiful synth driven ballad that builds and builds and feels like it’ll never come down. Bravo.”

“To me, Elliott is the greatest songwriter ever and my musical inspiration, the fifth Beatle. His songs are crushingly sad but so mesmerisingly beautiful with perfect harmonies. I go through phases of obsessing over specific songs of his and at the moment this is the one that has taken over. Beautiful lyrics as always too; “What I used to be will pass away and then you’ll see, that all I want now is happiness for you and me”.

“The ultimate workout song to get the energy up and your two-step on (optional) during isolation. Crunchy riffs, killer vocals and crushing drums makes for an energy boost like no other”.

“Definitely on the other end of the spectrum, John Mayer always chills me out. This track, with Aaron Sterling’s unwavering backbeat and heart-string-plucking synth invites you to just kick back and wait for quarantine to blow over”.

All of us:
Clwb Fuzz – No Heaven

“We thought we’d throw in some tunes from some of our favourite friends bands, these two are absolutely must-sees when you get the chance and are a rather lovely lot to boot. Both these songs are constantly on repeat over at TJ Roberts HQ so go check them out!”

TJ Roberts: “Isolation is as the name suggests a result of our current climate. It aims to chart a loose narrative of the mundanity of current life, which is bombarded by segues of homemade music video, that aim to inject surrealism and excitement into the proceedings. Imagine The Song Remains the Same shot in one location, with zero budget and on an iPhone. It is comprised of almost all unreleased and new material, all of which were recorded at home expressly for this movie.”

Tracklisting:
1. True Secret to a Happy Life
2. The Redundancy Song
3. Circle the Drain – Soccer Mommy (Cover)
4. Passed out on a Hollywood Star
5. Somebody’s Someone
6. Boy Without a Band