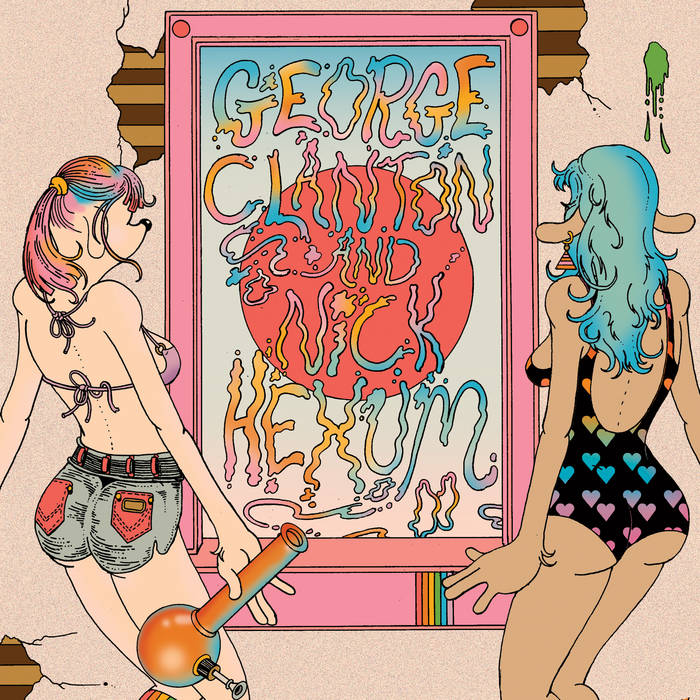 In 2018 George Clanton made waves in the vaporwave community with his low-key take on chillwave and synthpop.  He created a luxurious bed of carefully selected, striking synth and guitar tones.  Despite the fact he was showing us something new, I wasn’t fully convinced by the quality of the compositions – I was keen to hear more though.

The zonked out, hazy but panoramic single ‘Aurora Summer’ from this new collaboration album with alternative rock singer songwriter Nick Hexum was the first time I’ve been truly wowed by Clanton.  The killer lead guitar line which cuts through the production and overlaps itself surprised me.  This single was followed up by the equally impressive and bubbly ‘Topanga State of Mind’ which has an infectious flange-laiden guitar melody.  Hexum was raising Clanton’s game.

Beyond the singles, the cushy production is the key selling feature of this record, but the success of the best songs come from when this is paired with a particularly striking guitar, synth or vocal melody.  The cheeky, boyish vocals of ‘Under Your Window’ fulfil this role.  They will put a smile on the face of any ageing pop punk fan.  Too much of this record though (‘Out of the Blue’, ‘Driving in my Car’) floats around without ever going for the jugular.  Like Clanton’s previous album it needs more shape.

Aside from the full bodied, bubbly singles there is not that much more to Clanton and Hexum’s work to get excited about.  I would strongly encourage people to check those singles out though.

George Clanton & Nick Hexum is out now on 100% Electronica.