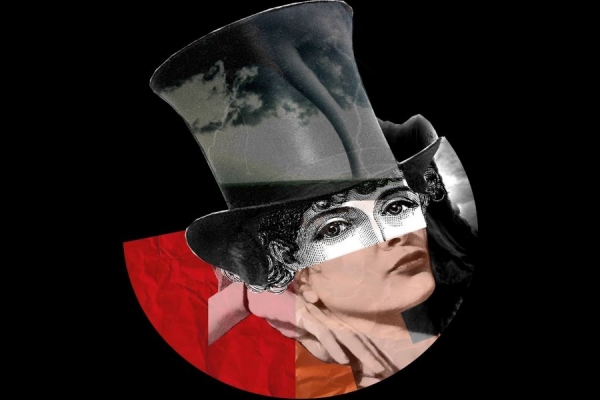 Adriene Vanderocker is a musical polymath. Over the years she has created from psych, indie, electro-pop, surf, devotional music, roadhouse blues, trip-hop, avant-garde, and experimental music
as well as being a performance artist. Vanderocker has now returned with a new EP, The Good Punks. This EP is her most accomplished and enjoyable release to date. But this isn’t all. It is also being turned into a short film too. Throughout the EP Vanderocker sings about love, loss, redemption, sex, and voyeurism.

The EP opens with the pulsating ‘Cult for You’. It is filled with huge guitars, wonky synths, massive basslines, and unrelenting drumming. If you walked into an indie disco and this was playing, you’d be pretty happy. Ironically, it is the weakest track on the EP. Let’s let that sink in a bit. ‘Cult for You’ is a bona fide banger and it’s the weakest track on the EP. “So, what else is on offer then?” I can hear you thinking. Let me explain. From the opening of ‘Taking Notes’ you expect it to open up, like ‘Cult for You’ did. However, it doesn’t. Instead it gently builds momentum, and in the process sounds like Death in Vegas covering The Beta Band. What it is building to is a glorious outro of a chugging rhythm section, translucent guitars, and exquisite soaring vocals. Vanderocker’s vocals never really get above a hushed whisper. Everything is understated and retiring, but with a slight bite. The standout track on the EP, however, is the semi-instrumental ‘Taking Notes’. Here Vanderocker does one of the hardest things in psych indie rock. She delivers a captivating instrumental almost entirely devoid of vocals. On paper this doesn’t sound that hard, but when you look at other artists and bands’ instrumentals it starts to get patchy. ‘Taking Notes’ doesn’t feel like a bonus for early bird pre-orders. Oh no. Musically it’s slightly jocular and whimsical with the way the bassline intertwines itself round the guitars and drumming. However, this is a serious piece of music. By the time Vanderocker’s vocals kick in during the final third you are slightly surprised that up until that point the track has been instrumental. It also showcases Vanderocker’s ability not only at rhythm and melody but also at composition. Nothing about ‘Taking Notes’ drags. It is a breath of fresh air that ends the EP on a delightfully positive note.

What makes The Good Punks so enjoyable is just how playable it is. With each listen you either hear something new or come to a new conclusion about a song’s meaning. At first it feels like a wonky indie-rock EP, but after inspection it is something far more interesting. Vanderocker is clever in how she never quite reveals what the songs are about. She hints, but mostly the songs are for you to impart your experiences on, to find your reading of it.