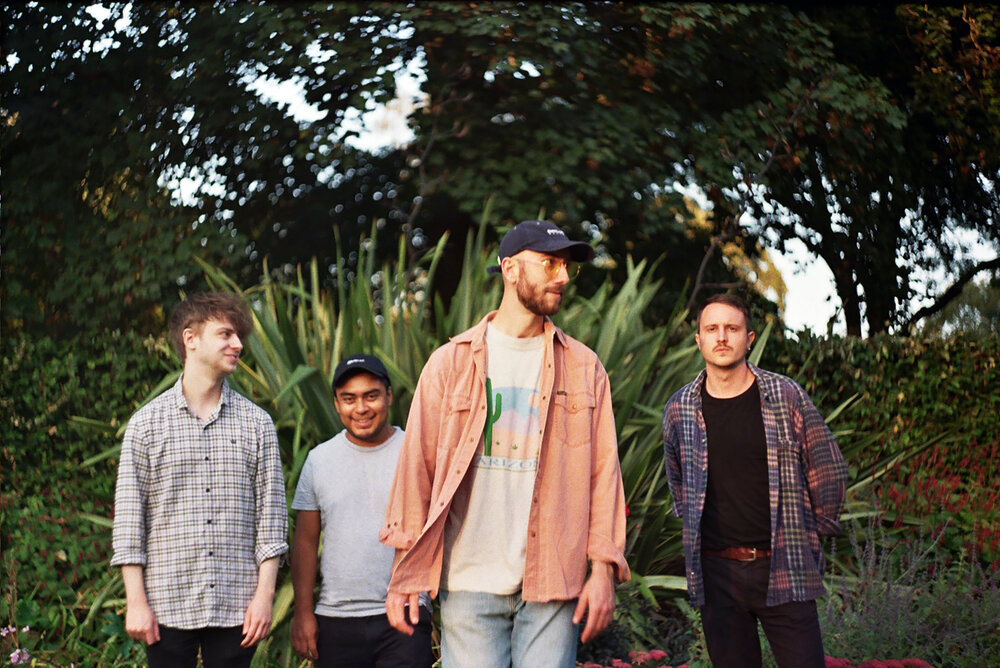 DD Darillo, the project of Dylan Morgan, release their debut single this week, and we are chuffed today to host the video premiere of ‘Time Will Tell’.

Pulling in strands of psychedelic, prog and trusty college rock – Dungen and Pond, to Supertramp, Steely Dan, Squeeze are cited as guidance – ‘Time Will Tell‘ is a proper stomper, full of fuzz and good humour sliced with reflection over the meaning of home.

“Lyrically Time Will Tell is a song about the unsureness of your where to ultimately call home and how I personally used the metric of time to help decide that. Told through the medium of a fuzzed up head banger, Time Will Tell was written to serve a purpose of basic self inquiry into what makes up my environmental identity,” says Dylan.

“‘Aberystwyth was my home or was it Tregaron?’ living between two different locations for most of my childhood (although very close proximately) I never could call or the other home. Although leaving the area later in my life actually made me feel a lot more connected to the place I grew up because I realised I inherently missed it!“
The video is Dylan and bandmates larking about in the park – a universal pastime of 2020 – and snippets of live footage.

Will Tell‘ has already picked up airplay from Huw Stephens on BBC Radio 1, and Radio Wales‘ Adam Walton.

Time Will Tell is out on 1 December 2020 via Hush Now Records with a follow up single due in January 2021.