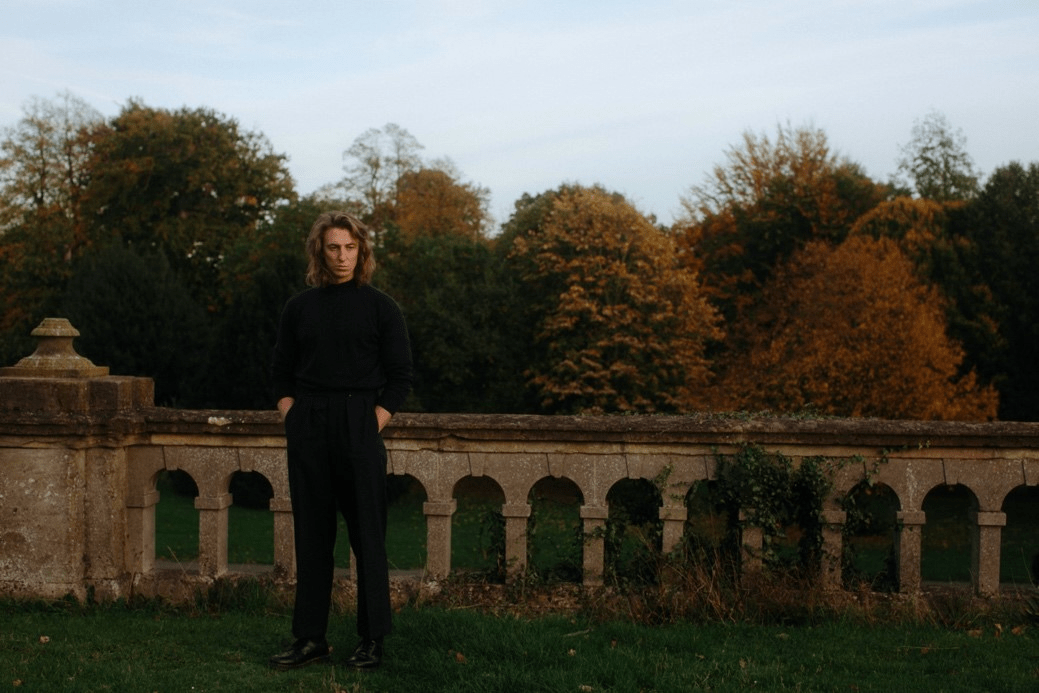 As an artist who has already been hailed as “a new storyteller in the making” by Folk Radio UK, Luca Wilding has had a great 2020, which he’s rounded off by releasing his EP To. With the year quickly drawing to a close, GIITV caught up with Luca to talk song-writing inspiration and the one lesson or reminder he’s going to take from the madness that has been the last twelve months.

What is Luca Wilding’s USP? What sets you apart from the many other bands and artists around today?

I like to think that my lyrics set me apart from other artists. I so often think that bands are so close to being great but their lyrics let them down. I work really hard, trying to draw upon the works of the eternal greats; Bob Dylan, Leonard Cohen, and the great collective voice of the poets, short story writers and novelists, in order to create a singular tone. I know I have so much further to go in this journey and I continue to work assiduously to widen my understanding and strengthen my voice.

At what age did you know you wanted to make music a career and was there any particular band or artist that played a large part in inspiring you to do so?

I think I’ve always known, since I was very young. But, it was when I started listening to Leonard Cohen some time in my teens, that I had this feeling of being inextricably linked to a person, through the years. I learned about his work, his life, I started trying to understand him in greater detail. I saw that he had not released any piece of music until he was 33 years old. He taught me not to rush. I saw transitory things come and go and always the great work of Cohen shone through, full of meaning where these passing trends were empty. Later I discovered Dylan, and in one line he taught me nearly as much – “I will know my song well before I start singing” – this spoke to me in an unbelievable way, throughout my life I had often noticed how full of certainty everyone seemed, about things that did not appear to be at all obvious. I decided, instead of starting when I was young and knew little to try to know more of the world before I tried to change it for the better.

In terms of your song-writing, how easy or hard do you find the song-writing process? Can it depend on the subject matter or the way you’re feeling perhaps? Which song might you say is the greatest ever written, if such a thing exists?

I find the song writing process extremely difficult. I’m often writing about things that have affected me in really devastating ways and it would be naive to treat these things lightly. Of course, sometimes a song will come to me in an instant, ‘Johanna’ and ‘Ruby Don’t Cry’ both came together very quickly, but songs like ‘Heartachers’ which is about a friend slowly succumbing to mental illness took a lot longer. I tend to write in quite a conceptual way, using symbols and simulacra, but I think the most enduring songs are the ones that tell stories, and this is something I am teaching myself slowly to do. These, for me include ‘Don’t think Twice it’s Alright’ by Bob Dylan, ‘Vincent’ and ‘American Pie’ by Don McClean, ‘California’ by Joni Mitchell and ‘Hallelujah’ by Leonard Cohen.

You recently dropped your EP “To”. Without giving too much away, what can you say about it and do you have a favourite track?

I think my favourite track is perhaps the title track ‘To’. It taught me a lot in the writing, helping me change the way I look at relationships. There is another song on the EP, ‘Master’, which is written about a close friend of mine who was signed into my care during a time of great emotional hardship, both songs are very special to me.

You’ve been championed by the likes of Clash, among others, but do you care or pay much attention to what outlets and critics think? What’s the nicest/best thing anyone’s said or written about you or your music and how do you handle any negative comments that are directed your way?

I strongly believe that, as an artist you must remain true to your vision no matter what the public perception of that vision is. There have been so many lovely things said, and such kindness beyond expectation, but a very proud moment in my career was when I was played on Elton John’s Rocket hour. Elton John, of my childhood heroes introduced me and said that he loved my track, and couldn’t wait to hear more. I remember listening with friends and the surreality of it was quite dizzying. I’ll always remember that moment.

As a fairly new artist, do you ever worry about your ‘place’ in this business or do you believe there’s a space for everyone who wants to be a part of this industry?

I think there’s a place in any industry for anyone with both the talent and the determination to succeed. I hope that as time passes it transpires that I possess both of those. I’m learning and improving all the time and I intend to work very hard to get there.

The Corona Virus pandemic has meant that this year has been one unlike any other, with many industries, including yours, badly affected. With live shows and the like off the table for the foreseeable, how have you been keeping busy and creative over the last several months? What’s the one thing you’re most excited to do when life returns to some semblance of normality?

I’ve spent great swathes of my time writing, developing my sound, putting together the beginnings of a new record. It’s been a strange time of learning and quietness. I have this feeling though, history has taught us that after all times of great hardship come moments of artistic outpouring. I think that 2021 and the years that follow will be a very exciting. I’ve missed playing live shows so much. The last time I played was supporting Madeleine Peyroux at The Royal Festival Hall, and I think I really got a taste for playing in front of large crowds… I’m most excited about the prospect of festivals next year, I want to play as many as possible next summer, I want to stand in an open field and play to a half-drunk crowd at sunset. I think that would be an appropriate way to put the pandemic behind me.

Finally then, as we slowly inch towards the end of the year, what lessons has 2020 taught you, personally and professionally? What one reminder or moment will you take from this year as a way of motivating you in the months and years ahead?

I think the best lesson 2020 has taught me is make the best of whatever situation you find yourself in. Use the time you are given wisely and you will regret nothing.