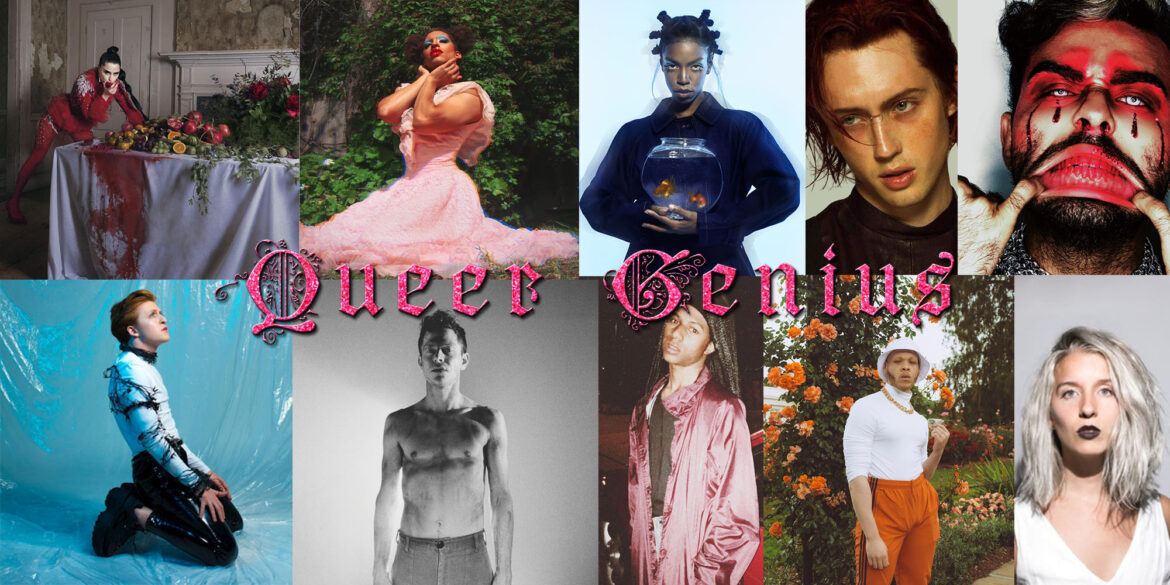 As featured in this months episode of Queer Genius (out today!), our New Music Editor, Lloyd Best aka Dead Method, and featured guest Kisos picked their top ten ‘Queer Genius‘ tracks of 2020. A collection of their favourite releases from LGBTQ+ artists in the last year. You can listen to the full breakdown here, including some honorable mentions but we’ve put the top ten into a list for you to enjoy with a short quote from the podcast!

“I am a sucker for vocals, vocals above all else. Chanel is just such a beautiful singer and I had to include her because I have been streaming nonstop and I want more people to follow her because she deserves so much more than her current listener count.”

“It is a banger of a track, it’s so hot. It’s about *something* sexual and it’s really hard to write these types of songs where you’re talking about something sexual and have it not be cheesy and forced. It’s just hot, BAYLI is amazing, the visuals are gorgerous. It just feels like effortless popstar slaying.”

“A slow, nostalgic song. Too real for me, too nostalgic, happy and sad and I love it.”

“This song made me stop in my tracks. This song is making my insides shake and scream.”

“First of all, it’s a nasty song in every sense of the word. Lyrics, beats, performance energy, and then it just switches up in the last section and I’m just sold. The sound effects, it’s just a whole movie in itself.”

“I think it really shows Jack’s growth over the last year. I really like the vocal on it, it’s giving me old school Lady Gaga and I live for that.”

“This one made me stop and listen to it. It was so unexpected from what I’d heard before and it’s such a good song. The melody is really catchy and it just makes you feel good.”

“it’s a beautiful piece of music but the story it tells is so undeniably the queer experience for a lot of men that it really stood out to me.”

“When this song came out I immediately resonated with it. He’s one of those people who’s pushing the movement forward in terms of pop culture for queer people, spearheading the movement just by existing and being undeniably queer in the public eye.”

“Now let me tell you this song has been on repeat since it came out earlier this year. From the first note, it has so much attitude, and this innate quality of ‘I don’t give a fuck‘.”

All of our choices including some honorable mentions (featured in the episode) can be found in this playlist: