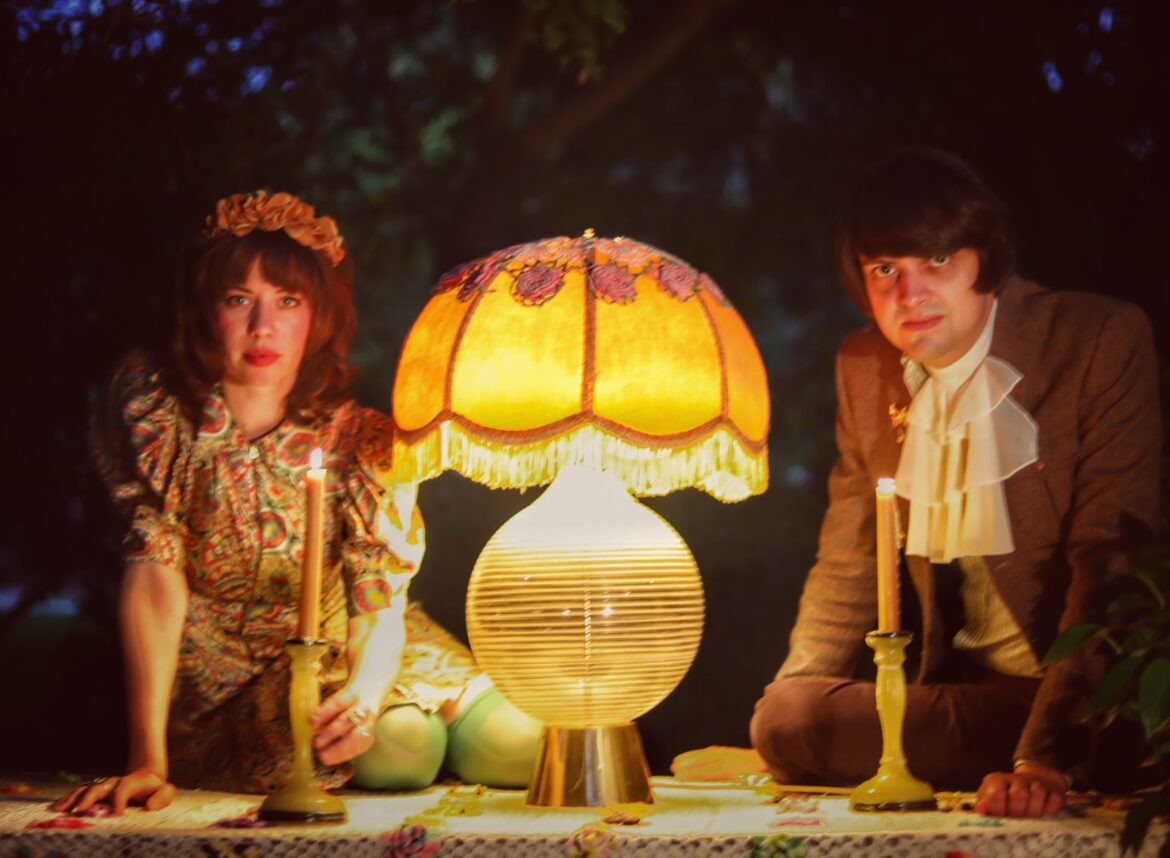 Tele Novella will release their second album Merlynn Belle on February 5, 2021, their first with Kill Rock Stars.  And in advance of the new record the band from Lockhart, Texas have just released what is the fourth and final single to be taken from it.

Following firmly in the footsteps of its Merlynn Belle predecessors, ‘Paper Crown’  takes us on another delightful stroll down the avenues of glistening lo-fi indie-folk.  Speaking about the song’s genesis, singer Natalie Ribbons says “I wrote the very first verse of this song about nine years ago when I was a cook at a Thai restaurant.” She goes on to explain that “I used to make up little ditties to sing while I would chop up lime leaves and chilies, and this just happened to be one that stayed in my head all these years.” She then proceeded to write the rest of the song in just one sitting.

Just like the three earlier singles from the forthcoming album, ‘Paper Crown’ is accompanied by an enchanting Super-8 videos shot by director Vanessa Pla. ‘Words That Stay’, the second single from Merlynn Belle, featured as one of our Tracks of the Week last November.

Reflecting upon some of the logistical difficulties that they faced in filming the video for ‘Paper Crown’, Natalie Ribbons says “It was kind of a nightmare, but we did it. I’m really happy with what we captured because the tarot card theme led to so many spontaneous, creative ideas and many of our very favourite people appeared in it, too. It just has a magic to it that was mostly unplanned and I love that.”

See and hear for yourself right here: