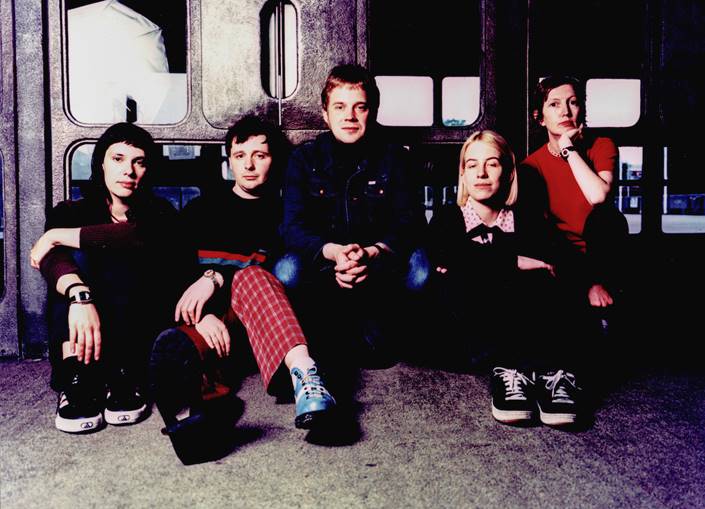 Stereolab have shared ‘Household Names‘, the latest single from the upcoming Electrically Possessed [Switched On Volume 4], the fourth addition to their Switched On series of compilations. This new volume will be released via Warp Records and Duophonic UHF Disks on February 26.

The album is set to lead on from the first volume released in 1992, 1995’s Refried Ectoplasm, and 1998’s Aluminum Tunes, the fourth installment in the Stereolab story collates 3 LPs worth of material, all remastered where possible from the original tapes and overseen by the band. It features all the tracks from out-of-print mini-album The First of the Microbe Hunters, one-off and hard-to-find tour 7″s, compilation tracks, art installation work, and a couple of unreleased outtakes from the Mars Audiac Quintet and Dots and Loops recording sessions.

‘Household Names’ was first released in 2000 on The First of the Microbe Hunters. Speaking about the track, Tim Gane explains:

“During a two-week break in touring for the Cobra and Phases Group LP we decided to go into Blackwing Studios to record a bunch of tracks ‘old style’ – straight to tape for what would become the world’s first double-mini album First of the Microbe Hunters. It was a spur of the moment kind of thing and there was only one song already written ‘Outer Bongolia’ and one song that had already been recorded and mixed earlier. Consequently – as time was tight – all of the other tracks were written very fast across two or three days. ‘Household Names’ was one of three tracks written on the first day (according to the running order on my Fostex cassettes) and it’s a little bit of a hark back up to the poppy side of the ETK period I suppose.

The track has some lovely singing throughout and great keyboard arrangements courtesy of Sean O’Hagan. We played pretty much as a band and unlike the previous two LPs we didn’t use any computers.”

‘Household names’ is available to listen to on various streaming services. You can also pre-order the album, in vinyl or CD format on their website.