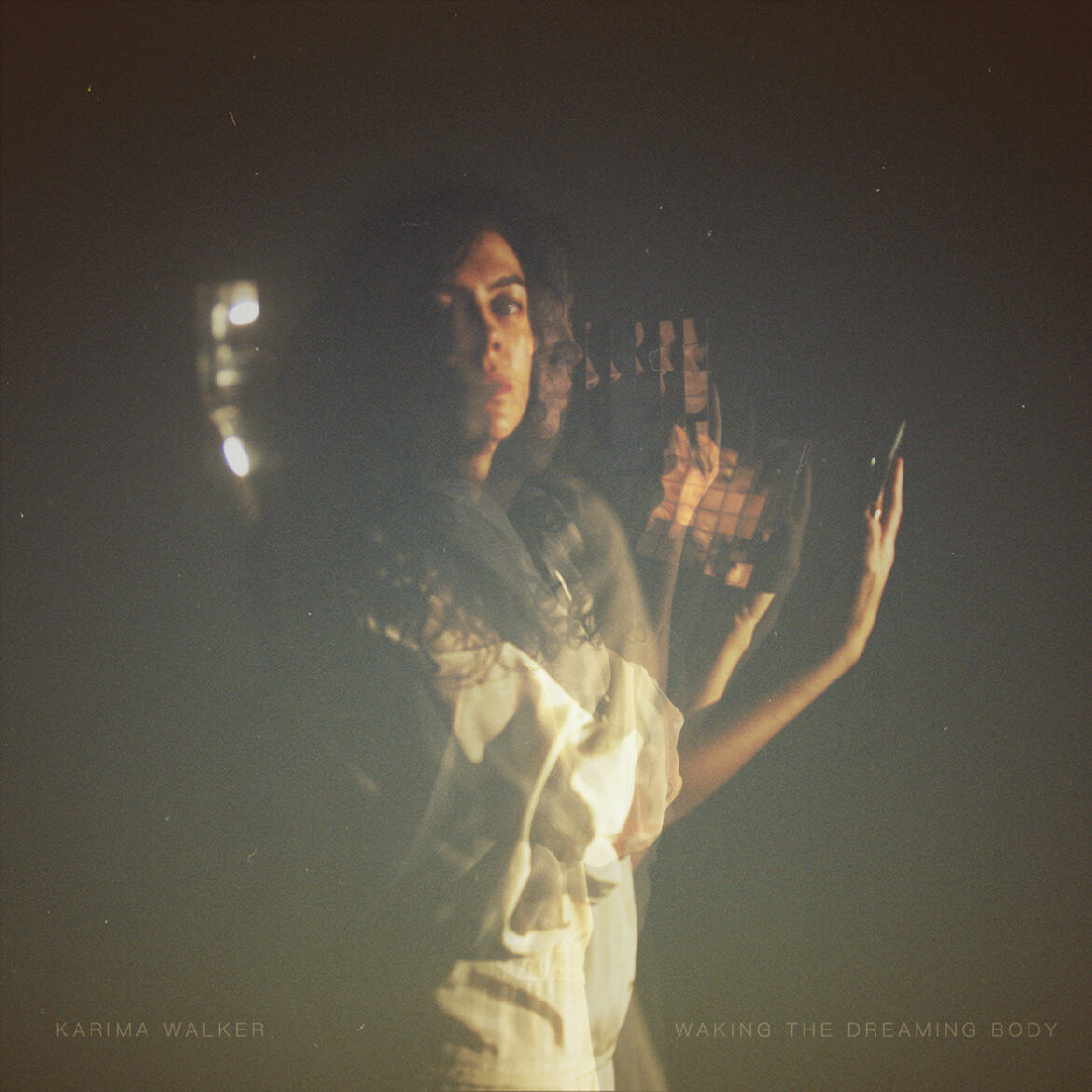 “Seems every morning starts the same way.” Karima Walker breathes these words in the midst of the title track from Waking The Dreaming Body as if to reflect the fact that her fourth solo album was finally realised in her own makeshift home studio in Tucson, Arizona whilst subject to lockdown conditions. Listening to the record thousands of miles away here in the United Kingdom as we start to slowly and ever-so-cautiously emerge from the Covid-19 pandemic not only can the wider impact of Waking The Dreaming Body’s creation be more deeply felt, but its true meaning also begins to make the most perfect of sense.

Reflecting upon what had informed her writing for Waking The Dreaming Body Karima Walker speaks about the feelings of isolation and detachment she then had, emotions you suspect that were compounded by the additional constraints being placed upon her by the prevalence of the coronavirus. She says she wanted to reach outside of herself and connect with the natural world that lies beyond her desert home. Mountains, rivers, open landscapes and vast skies are all recurring themes in the eight songs that comprise the album.

The upright bass played by C.J. Boyd on the song ‘Window I’ aside, Waking The Dreaming Body was written, performed and engineered entirely by Walker and the album’s opening track ‘Reconstellated’ embodies her deep sense of displacement and burning desire to reconnect. Her sparse, spectral accompaniment magnifies these feelings. ‘Softer’ gathers a graceful momentum towards such yearning.

‘Interlude’ is the first of the record’s three instrumentals, fusing a range of synthesizer, percussive, and tape loop sounds with various field recordings. The results are often mesmeric, acquiring a hypnotic, transcendental state which feels completely at one with her natural surroundings. ‘Window I’ captures the vast expanse of seas and skies that exist beyond our most immediate existence, gently ebbing and flowing, waxing and waning.

Clocking in at just over 13 minutes long the second instrumental ‘Horizon, Harbor Resonance’ is the album’s centrepiece. Parts of which she had previously performed live, the song keys into Karima Walker’s long-held obsession with waves and tsunamis. Musically it seeps into a minimalistic landscape once populated by the likes of Steve Reich, Philip Glass and Terry Riley replete as it is with atmospheric repetition and memorable shifts into new sonic phases before merging quite beautifully with the album’s imperious title track. ‘Waking The Dreaming Body’, the song remains a brave reawakening from a life temporarily placed on hold and affirms Waking The Dreaming Body, the album, as a record for our times.

The album Waking the Dreaming Body will be co-released on 26th February 2021 via Keeled Scales and Orindal Records on vinyl, CD, and cassette.