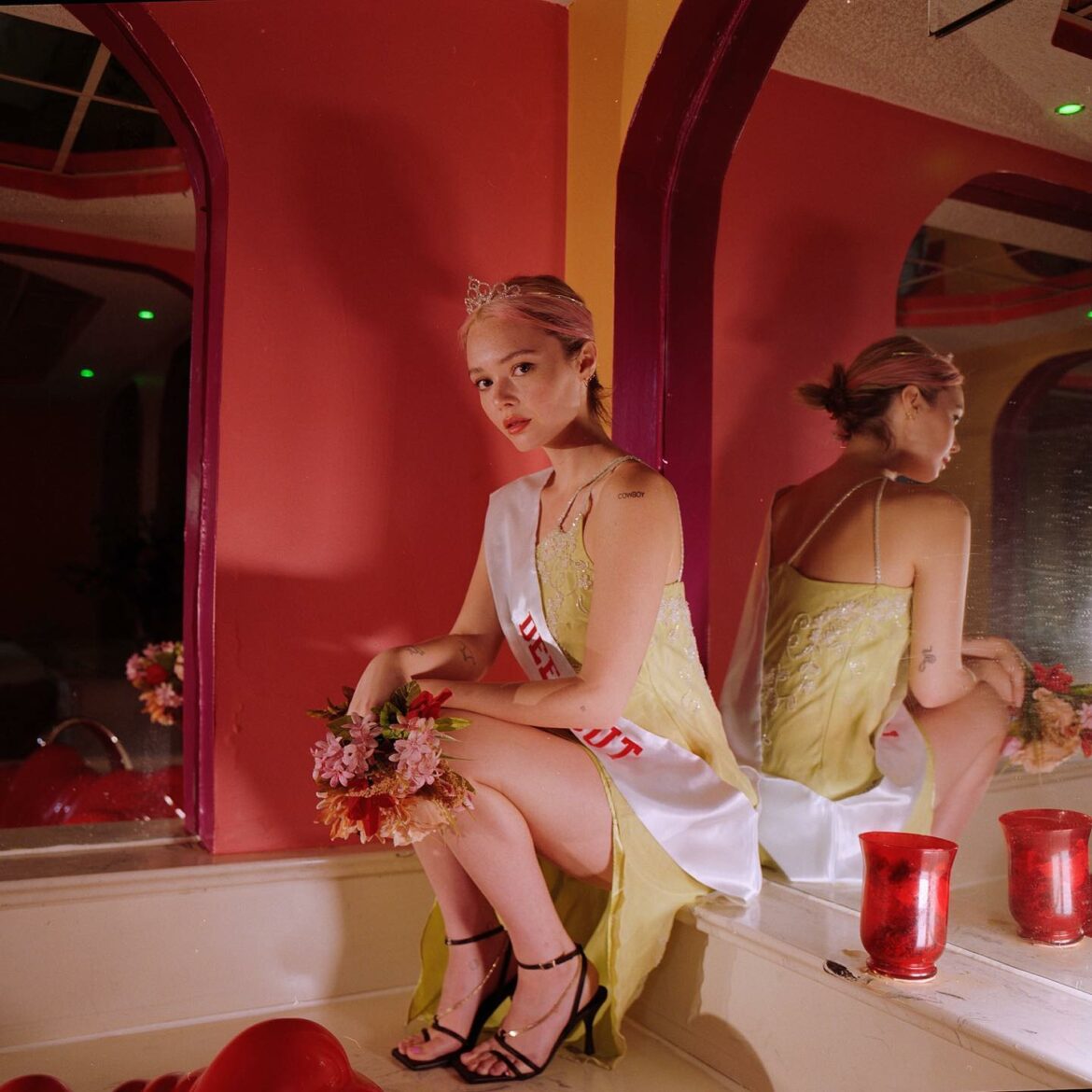 A deep-cut is a track that may not get a lot of airplay and is sometimes ignored in favour of songs with a more commercial mainstream-friendly appeal. They do often however have a deeper resonance and connect on a more personal level when the “bangers” have become a little overplayed.

New York artist Charlotte Rose Benjamin who we previously featured with her Party City EP returns with her own take on the ‘deep cut’ with a track not unsurprisingly entitled ‘Deep Cut.’ It’s a beautiful, graceful shimmering narcotic dream pop ballad, not a million miles away from Mazzy Star which compares a deep cut tune to a past love.

“A lot of my favourite songs from bands that I really love are deep cuts,” says Charlotte, who painted the album cover herself.

“They didn’t come out as singles and they’re far from the artist’s most-streamed song. I find myself getting possessive at times about certain artists, defensive towards people who consider themselves fans but only really know the hits. There’s something really intimate about the relationship between a listener and a deep cut. I had a relationship that felt like that. From the outside, it almost didn’t make sense, and there were a lot of reasons it didn’t work out. If it were a song it definitely wouldn’t have gotten a lot of radio play, but we loved each other in a very particular way that I felt most people wouldn’t understand.”