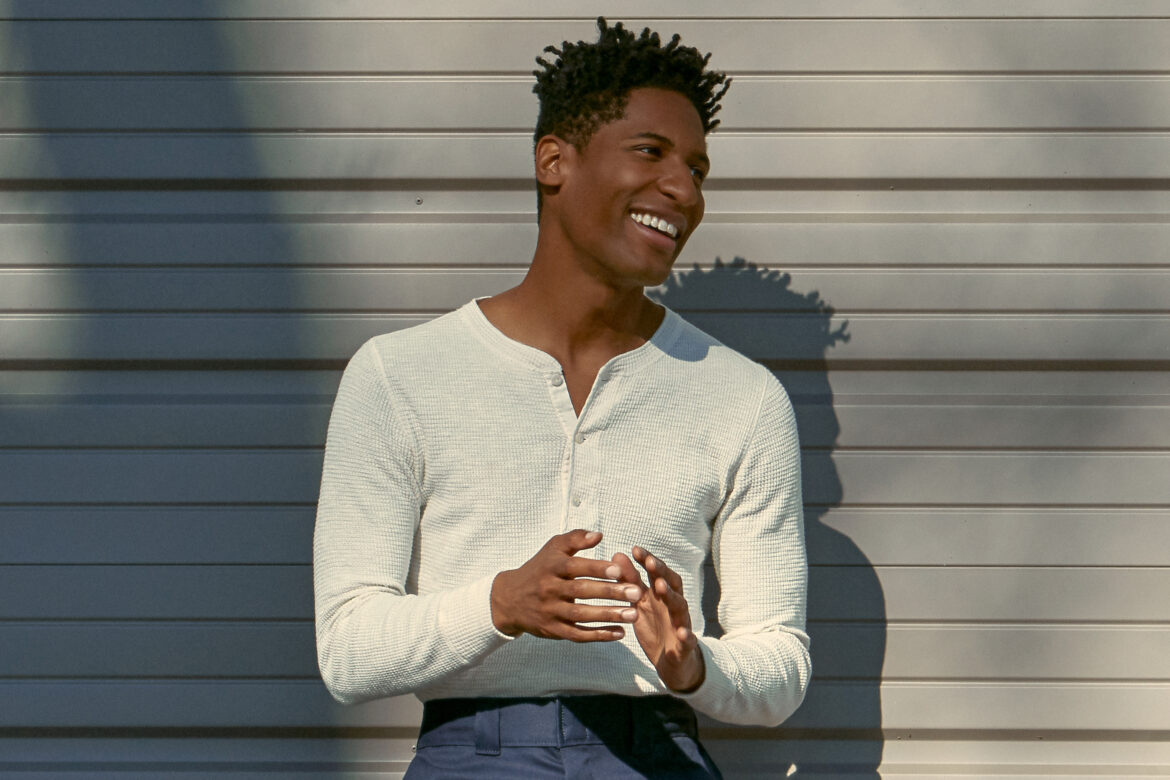 Jon Batiste is a remarkably productive person. He is the band leader for The Late Show with Stephen Colbert, has just released his new album ‘We Are’ (his 16th album), and has been a key part of the new Pixar film ‘Soul’.  He is also heavily involved in social activism: in the wake of George Floyd‘s murder and in the lead up to the 2020 American election, Bastiste organized several peaceful protest marches, leading thousands in the streets of New York City. He has also appeared playing himself on the HBO series Tremé’ and featured in Spike Lee’s ‘Red Hook Summer and Da Sweet Blood of Jesus’.

The day that I speak to Jon Batiste it is the morning after he has won (with Trent Reznor and Atticus Ross) a Critics Choice award for the soundtrack of Soul.

The film features a character based on Batiste’s likeness and is such a beautiful story about music and life, and essentially, how things can imprint our souls deeply. Speaking about the film, Batiste enthused: “I thought it was such an innovative film. It was one of those films that creates a new possibility in the mind of the audience. A film about Jazz music and animation and the origin of the soul… who would have thought that could break so many records and be such a popular thing around the world? And I think that this film is different than all the other jazz films that are out in recent times because it’s not about the past or any historical figures, it’s about the future almost and I love that about it”.

Just as ‘Soul’ makes a deep impact, Bastiste’s new album ‘We Are’ also affected me on many levels. The album was recorded over six days in a studio Batiste built in his dressing room at the Ed Sullivan Theatre and is quite simply a triumph, with guest appearances by a range of artists such as Mavis Staples, Quincy Jones, Zadie Smith, PJ Morton, Trombone Shorty, St Augustine Marching 100, his father Michael Batiste, and Grandfather David Gauthier.

The album does such a beautiful and impressive job of capturing the depths and difficulties of recent times, but also crucially offering so much hope. There is hope and light, even in dark times, which is a great message that is much needed right now. The album also shifts between genres, refusing to be tied into one specific frame, which was something that Batiste purposely strived for.

And it is this essence of feeling and experiencing the music that is key here. The song ‘Cry’ from the album encapsulates this well, with its lyrics lamenting “Why sometimes does it seem like all I want to do/All I wanna do is cry, cry, cry”. I asked Batiste about the inspiration behind this song, and he underlined how this track embraced how emotion has been a core experience for many the past year in particular. “Cry is something that we all felt.. it is something that 2020 made us all feel. And I think that we’ve gotten to a point where sometimes all you want to do is cry. You feel that in your subconscious and this song came from my subconscious and it’s just something I think that speaks to what we’ve all been feeling”.

Bastiste’s music takes these feelings and does important things with them. He has defined and approached his music as ‘social music’, since it focuses on, and gives voice to, key issues within society. For example, Batiste’s experience in the Black Lives Matter protests connects deeply with some of the lyrics and sounds throughout the album ‘We Are’, with the title track of the album featuring the sounds he captured during the protests.

Batiste has also engaged in what he terms Love Riots, involving impromptu performance street parades – events which have resonated with many and underlined deeply the power of music to unite people. I asked Batiste what role he thought music could play in society in shining a light on current pain and struggles, such as the continued predominance of racism, but also offering some hope or unity.

And it is this unity that is key for Batiste: “music has always given people hope and given people inspiration, and I enjoy the idea of bringing people together. Anywhere that we are in the world. You can go anywhere and bring a sense of love, joy and community with music, and I created the Love Riots and that concept was something created as a vehicle to bring love, joy and community to people with the band Stay Human whenever we would go anywhere”.

This notion of music being used to say important things about society and citizens is something that has been evident through the decades, and it is still hugely relevant and visible and needed now. However, it is the work of Marvin Gaye in particular that this album reminded me of.

When I asked Batiste about Gaye’s influence, he underlined the deep resonance and connection that this record had with his music: “he’s one of the greats in terms of recording music and making things that connects to the times that he was living in but are also timeless. That’s how he influenced me; he was kind of like the patron saint of this project. I’ve always thought of him as one of my favourite musicians”.

I was really curious about how Batiste became the person that he is today – producing really engaging, beautiful music, but yet also involved in these key activities that seek to unite society during hardship. A key influence on Batiste was his family, with him growing up in New Orleans and playing percussion and drums in his family’s band, the Batiste Brothers Band, from when he was eight years old.

This allowed Batiste to develop his skills and to start to think about becoming a musician: “I started to study piano at 11, or a little before that, and I was always listening to the music that was happening on the video games that I would play, on the radio station, and all the different music that was around in the community, in my family and also across New Orleans culture. So, there was never any specific focus in terms of music. It was just a range of different things and then eventually I started to study jazz music, and also write my own music, but I still was always listening to all these other things. And that was the period between ages 14 and 17. And then at 17 I moved to New York City. And that’s when I started to make the decision to become a musician, and I didn’t really decide that I was going to be a musician until I was in New York City for some time”.

It was near the end of our conversation that Batiste also revealed to me something that I think really taps into his personality and approach to music – a philosophy that was passed onto him and encouraged by his parents. “My mother and my father were really open minded in terms of anytime I would express a curiosity in something they would give me an opportunity to pursue it. It’s very important to have your own path and to have people who believe in you, to kind of give you that sort of confidence”. Ultimately, I think this key belief and approach to life is evident at the core of Batiste’s work – a curiosity about humans and life, with his music making us feel all the feels in our souls and wanting to seek unity during darkness and hope, even as we cry.

We Are is out now on Verve Records.

SOUL is on Digital now and on Blu-Ray™ and DVD from 29 March.