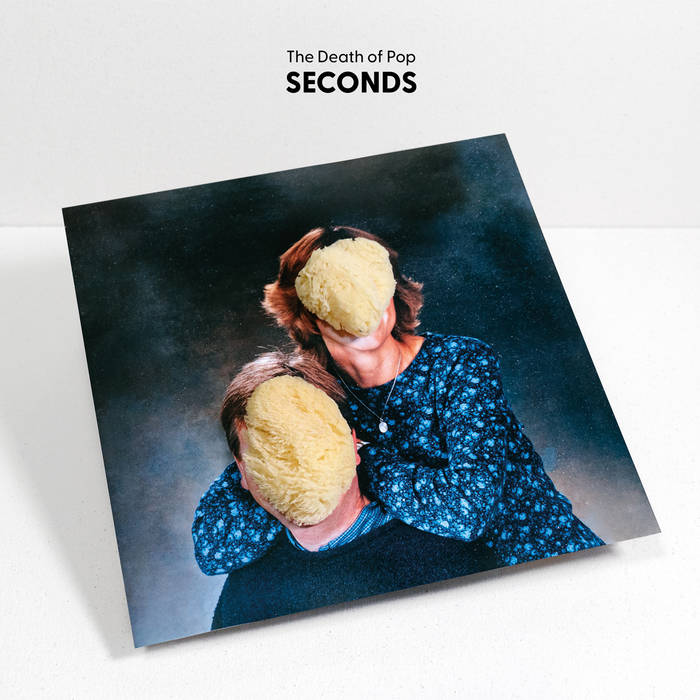 When I think about bands that have invaded my psyche in recent years, I’m hard pressed to think of one that has done this like The Death of Pop. Since 2013 they have constantly bashed out banger after banger. Their debut releases ‘Tombola’ and the ‘Pictogram X The Death of Pop’ 10” showed that they had an ear for a tune. These were followed up with 2014’s ‘Fifths’ on Art is Hard, two comps and a studio album on Disco de Kirlian, a Too Pure 7”, two exquisite tapes released through Leisure Records and Hidden Bay and a track played on Made in Chelsea. Now they have returned with a new album, ‘Seconds’, that feels like a culmination of everything that came before, but more luscious.

‘Fade Away’ feels like the ultimate Death of Pop song. The album open with trademark cascading guitar work from Angus James. Then Oliver James’ vocals gently emerge, like a new bud on a favourite tree in spring. Lyrically James is wistful and lamenting lost loves but, as usual, there is hope to his vocals. Is that hope to meet someone new or to rekindle an old romance? We never really find out. And this is what The Death of Pop have always done so well. They tell their stories of love, loss, and redemption, but never give a conclusion. That is down to us as listeners. ‘Go Back’ is more of the same, but this time we know that the relationship is over. ‘Once Good’ has funkier guitar work than we’ve grown accustomed to. This isn’t full on funk though. Imagine if The JB’s had been into shoegaze and you’re on the right lines. It all works so well and ‘Once Good’ is a standout moment on the album. ‘First Day of Six’ has a real 80s synthpop vibe to it. This feels less than nostalgia and playing to the ‘cool crowd’. The melodies are interwoven around James’ strongest vocal delivery on the album.

Despite 2017’s ‘Fed Up’ being the band’s first album, ‘Seconds’ feels like a debut. It is full of inventive ideas, catchy melodies, and spikey guitars. ‘Fed Up’ felt like a collection of singles but ‘Seconds’ feels like an album. If that makes sense. The album flows really well. Themes seem to appear and reappear on multiple songs throughout. Nothing feels like an afterthought and there is no fat on any of the songs. They are sleek svelte things of beauty. Don’t take my word for it though, have a listen yourself.  I’ll wait… See!

One of the downsides to the album is that I gradually feel more and more sympathy for James after hearing about the breakups. After hearing the chorus of ‘Unbound’, “We’re not even friends anymore”, I just want to give him a virtual hug. In a time when bands are having to go on prolonged hiatuses due to not being able to physically be in a band at the moment it’s refreshing to hear a band who can. ‘Seconds’ is the strongest album The Death of Pop have released to date. Whether they’ll continue this neon 80s sound going forward will remain to be seen, or whether it’ll be the usual maelstroms of shoegaze excellence. One thing is certain.