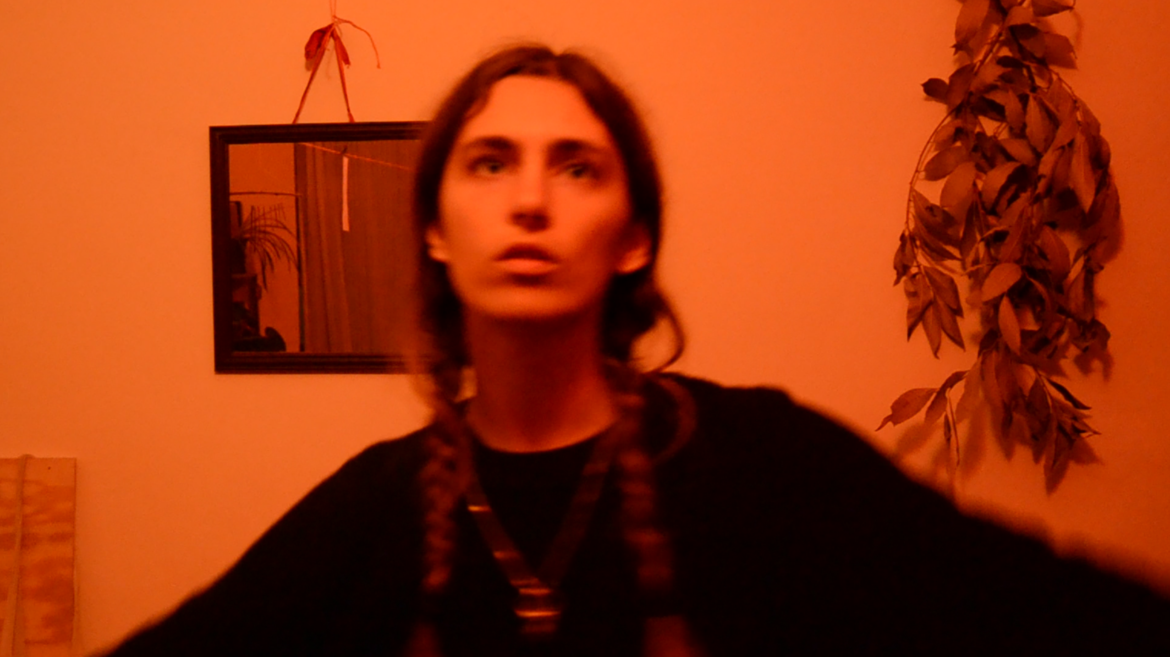 Francesca Brierley, aka heka, in the Italian hills born and raised, in a vineyard is where she spent most of her childhood days.

Since moving to London, Francesca has become the multidisciplinary artist under the heka moniker and has just released her debut E.P (a) on Balloon Machine Records.

Understated and intricate, there are textures and flourishes all over this four track record, her vocal is never straight forward, at one point crystal clear, the next line is distorted and muffled slightly, then there are layered harmonies, often three at once, and then she is on the other side of the room, as if she is talking to you as she walks out the door.

Elements have a feel of an old classic recording, a crackly microphone, dampened guitar, sparse percussion and minimal production. 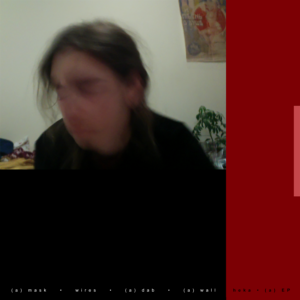 We caught up Francesca to talk about lockdown, her upbringing in Italy, recording the E.P and her influences.

How have you coped with lockdown?

Recording and releasing an EP! Overworking myself and also focusing on finishing uni! Watching the X Files, rewatching The Office and pretty much all of the 90s TV shows I could get my hands on.

You are Italian but now live in London, how did you come to move over? Where in Italy are you from?

I grew up near Florence in Italy, but my dad is English so I’ve always had a connection to this country and its culture, and I always knew that at some point I’d be moving here. So when I finished high school and the opportunity to do a songwriting diploma course in London came up, I took it.

You use the pseudonym “heka” is there a reason why you didn’t want to use your name? is it the name of the project rather than a stage name?

I’d say heka is my stage name. I like having one because it feels somewhat freeing and at the same time protective of my own name which feels kinda private in a way.

What was growing up in Italy like? Does it influence your writing?

Growing up in Italy was great. We lived in the countryside and I spent most of my childhood climbing trees and hiding in the woods. I’m sure it has always influenced my writing in some way but I couldn’t say how exactly.

What did you listen to when you were young?

Hmm, well at home we listened to all sorts of stuff, from classical to ambient/new age-y, to stuff like Antony and the Johnsons, Nina Simone, Leonard Cohen, Talking Heads etc. But the first album I remember buying is American Idiot by Green Day haha. I was also pretty obsessed with Dido and Avril Lavigne.

Your music is quite unusual, using lots of samples and sound recordings, what is the concept of ‘(a)’?

Production-wise I wanted to create something really textured and hybrid, combining different sounds and genres. I like the lo-fi aesthetic, sampling and assembling found sound in the mix and I enjoy playing with the way space is perceived through sound. I also wanted the whole EP to feel organic and part of a whole, each song sort of feeding into the next. Having a collection of sounds both disjointed and cohesive at the same time.

You are also a film maker, is there a series of films accompanying the EP?

Haha film maker sounds so official, but yeah I’ve always made my own videos and for this project I wanted to create a short film to cover the length of the EP. It’ll be out soon four parts.

There’s a late night, smoky jazz bar atmosphere about the later stages of the record. is there an element of the passage of time to it, as in an evening or night?

Hmm, I can’t say I’d thought of it in that way but that’s a really interesting take on it 🙂

How much of the EP do you play yourself? There’s some very cool and sexy sax at the end of ‘(a) wall’.

Haha for the cool and sexy trumpet – (!) no sax hehe – I’m afraid all credit goes to the genius that is Jemima Coulter. She and Ed Tullett collaborated on the arrangement of ‘(a) wall’. Ed is playing bass, piano and the far off strummy guitars. I performed and recorded everything else on the EP.

I read that some of the music was recorded in San Diego, did you travel around to record the EP? Was any of it done back in Italy?

The San Diego recording was actually completely random. I traveled to California a couple years back and just recorded this little tune I was making up at a friend’s keyboard on my phone. In October I was working my way through the thousands of field recordings and snippets of music that I keep recording wherever I go and came across that. I thought it would work well as an opener to the EP so I chopped it up and added it to the soundscape. I guess it’s the perfect example of the ‘found sound’ I mentioned above. And in Italy is where I actually finished the mix. Most of the instruments had already been recorded apart from the electric guitar doodle at the beginning of a wall and the second verse of (a) mask. So yeah, I guess there are bits and pieces recorded here and there which I quite like.