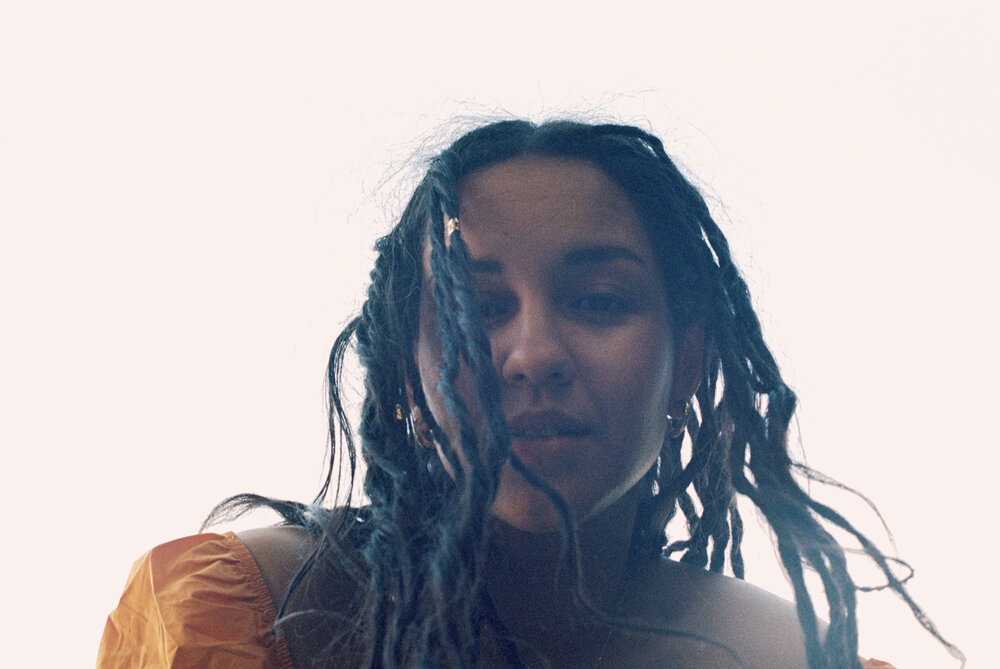 In this week’s round-up of exciting recently released new tunes, editor Bill Cummings and regular contributor Julia Mason take us through their top picks. Follow our Tracks of the Week 2021 Spotify playlist below to keep up to date with all our selections so far this year.

Why we love it: Sudanese-Scottish artist Eliza Shaddad gets poignant and epic on her widescreen new single ‘Now You’re Alone’, the third single taken from Eliza’s upcoming album The Woman You Want, due for release 16th July 2021. Framed in perfectly pitched, torchy orchestral pop, it shows off Shaddad’s exquisite vocals that effortlessly sail into the upper register as she poignantly inhabits the frustration of feeling disconnected and powerless. Written through all the tumult of early 2020, half apology, half power-trip, the Bond-esque opus is a key darker moment from the forthcoming record. Eliza says: “I was feeling apart from the world and raging against that, watching the news everyday and feeling like I wanted to scream, so I wrote a song you can scream-sing to”. Majestic. (Bill Cummings)

The Casual Sexists – My Heartbeat Keeps Me Awake

Why we love it: The Casual Sexists revel in a wry, frenetic avant-pop. Taken from the Brooklyn-based group’s recently released album Your Prescription Is Ready, the playful deconstructed electro-pop of the lead single ‘My Heartbeat Keeps Me Awake‘ throws off the sheets of nighttime insomnia and anxiety. This insidious little tune pops and burrows with catchy refrains, skittering beats and synths; it’s like Miss Kittin jiving into the early hours with the Flying Lizards. Your Prescription Is Ready is a frenzy of discordant sounds complementary to its themes of death, disorder and decay. Inspired by the unfolding of events of the past year, they say “[it is] a disjointed pop album for a decidedly disjointed era”. (Bill Cummings)

The Casual Sexists · My Heartbeat Keeps Me Awake

Why we love it: Kekko is the lovechild of Singaporean dream-pop duo Tim and Cherie Kekko. They recently announced the release of their debut EP Dreaming Life, due 11th June via Spirit Goth. Latest single ‘Past Lives‘ begs one to ponder about their own lives and everything in-between. Cherie says the track “conveys the cosmic connection that Tim and I share, about how a force like love can transcend time and space, and even span across lifetimes.” Luscious, shimmering and heartfelt, there’s a heavenly melodic thread to Kekko’s endearing combination of deliciously gazey guitars, static laden psychy percussion, wistful vocals that clasp you close to their chest. Enveloping and gorgeous. (Bill Cummings)

Why we love it: Enola Gay’s debut single ‘The Birth of a Nation’ had an immediate impact, so it is with much anticipation that the second single ‘Sofa Surfing’ lands this week. With a more personal backstory than the passionate anti-racism of the debut, ‘Sofa Surfing’ is no less emotive. To learn it is an insight into a particularly difficult chapter in their teens explains the atmosphere.

The reverb morphing into the bass at the beginning is pulsating. This then moves into a claustrophobic sound with thumping drums, perfectly matching Joe McVeigh’s lyrics. They are powerful and smart, with the bravery to share details of such a dark time. Fionn Reilly shouts and spits out the lyrics, with heart and passion.

“Gotta go to the sink, gotta blow my nose
Think I lost phone but all I need was a smoke
I don’t need my wallet, I’m already broke
The end of the drag, the butt of the joke”

The double meanings and clever turns of phrase express the confusion and turbulence of that time. There can be a fragility to our society, and once you slip between the cracks it can be very difficult to pull yourself back out again. Here, the initial problem of homeless leads to a negative impact on mental health: a vicious cycle indeed. Turning to alcohol and medication as coping methods are common responses, but the very fact that Enola Gay are creating this extraordinary music out of such experience is hope in itself.

Already I can hear a trademark sound developing with Enola Gay, particularly in that extraordinary bass guitar. There is a symmetry between words and music, perfectly evoking the sentiment being expressed. (Julia Mason)

Cherym – Listening to my Head

Cherym from Londonderry could be from California. Their infectious songs, the speed of delivery and raucous sound is straight from the sunshine state. Signed to Alcopop! Records at the beginning of 2021, Cherym have just released their latest single ‘Listening to my Head‘. This track exudes enthusiasm and energy; a three-minute fireball of a song that leaves you breathless. The guitars, drums and perfectly harmonised vocals are all in synch to produce a ridiculously tight sound and, to be honest, I’ve had it on repeat since the first listen.   It was inspired by the Netflix show Dirty John, as the band explain: “It’s written from the point of view of Betty Broderick, wife of Dan Broderick, a successful businessman who used Betty to gain his success, tormented her life, left her penniless in the divorce settlement, took full custody of their children, and abused her throughout their relationship.”  Cherym are out on tour in October and you can find out more from the band’s Facebook and Bandcamp pages. I have my ticket already and I’ll see you down the front… (Julia Mason)