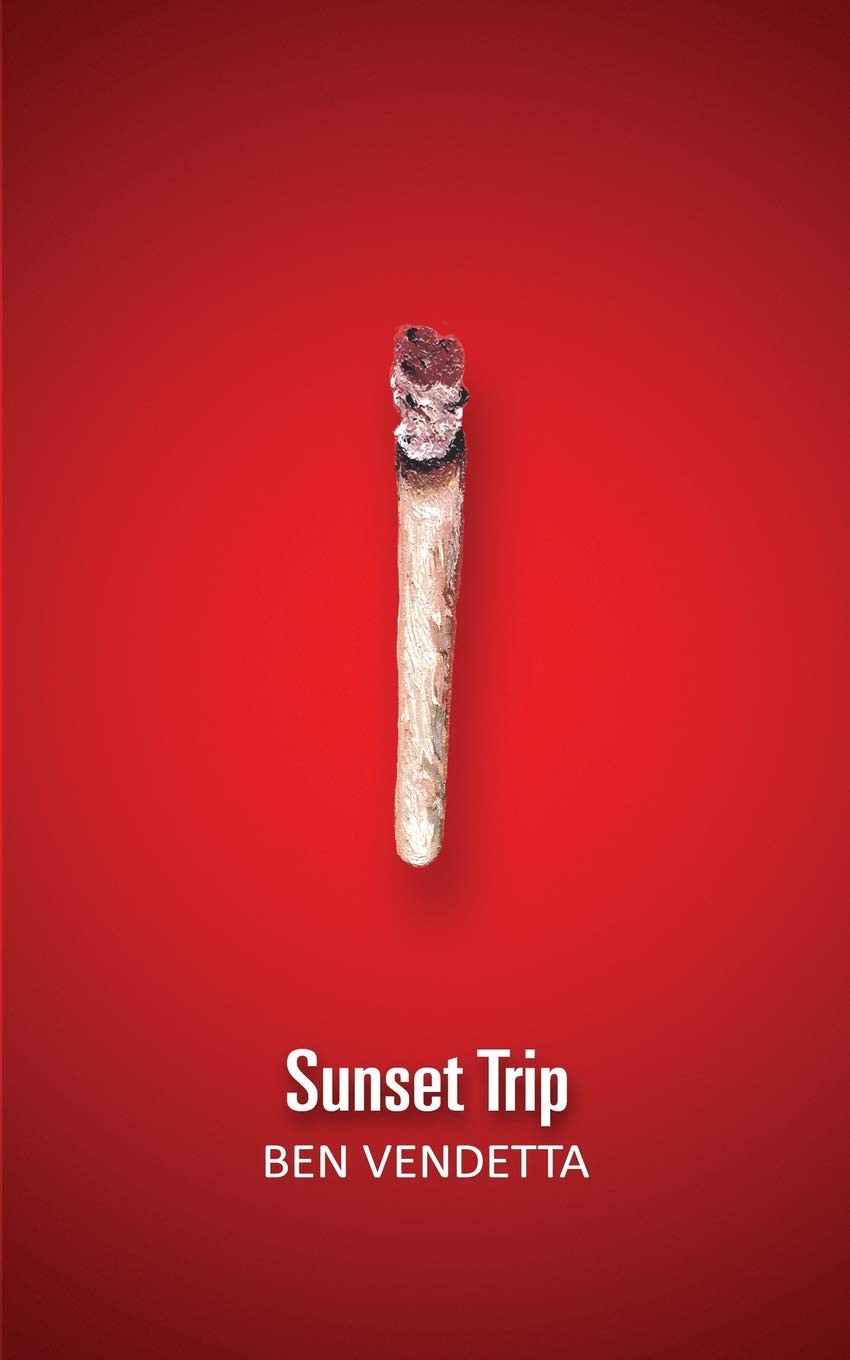 My third novel Sunset Trip came to me on a Marrakech roof top thirteen months ago. I knew how I wanted the story to begin and I knew how it would end, but there were a bunch of blanks that needed to be filled out. Morocco felt like another planet and for the first time in my life, I felt stress free, that the weight on my shoulder had been lifted, and the outline came to me from the gods as I rapidly typed notes on my phone. When I came home, I wrote the rough draft in three months and Obliterati Press offered to publish it. Sounds easy? It wasn’t.

Backtrack to January 2016. Two months after my second novel Heartworm was published, I was diagnosed with a congenital heart condition – I often wonder if I knew something deep down when I came up with the book title, which was inspired by the album of the same name by the legendary Dublin ‘90s band Whipping Boy. 2016 was the year that so many legends died. Just days after David Bowie left us in January, Kevin Junior, who fronted the vastly underrated Chamber Strings passed away. He was only a few years younger than me and he, too, had a bad heart. He was a friend and thoughts of his funeral weighed heavily on me before I had open heart surgery. When I was out of the woods, I was told that if I hadn’t had the surgery, I probably would have died within a year. A few months after that in early October 2016, I collapsed on a treadmill while following my supervised cardia rehab program. A retired nurse resuscitated me, the heart was okay, but this resulted in a heart monitor being installed.

My best friend George, who was visiting from San Francisco, came to see me in the hospital. It was the last time I saw him alive. George died in November – in addition to other ailments, he too had a bad heart.

I had promised George that he would be the first one to read the rough draft of Sunset Trip when I was well enough to write me. I was drinking heavily when I wrote Wivenhoe Park and Heartworm but decided to quit cold turkey after my October hospital stint. Alcohol is not a big part of Moroccan culture, you can only get it in hotels and restaurants frequented by foreigners, and I think in part that’s why I felt free enough to let the story come to me. Sunset Trip (the concluding chapter of the Drew trilogy) begins in late ’99 with former rock critic Drew two-years out of rehab, reconnecting with his best friend Mark Jennings, a former ‘80s rock star, the sole American in a buzz British band.

The character Mark is a little older than Drew, a Cleveland native obsessed with Stiv Bators and The Dead Boys, who escapes to New York, and later, London in the early ‘80s, where he roadies for Stiv’s post-Dead Boys band The Lords of The New Church, before forming his own group Solarstar. To get into Mark’s head, I listened to a lot of Dead Boys and Lords records. I was especially obsessed with the slow-burning “Ain’t It Fun” and the prophetic lyrics about dying young. Stiv was only forty when he passed in 1990.

The key groups to the book’s soundtrack are the ones from Los Angeles. While not as touted as bands from concurrent scenes in New York and Detroit, L.A. groups, including Brian Jonestown Massacre, Black Rebel Motorcycle Club, The Warlocks, Beachwood Sparks, and The Tyde received global acclaim. While I was lucky enough to experience so much of the great British music first hand while living in England in the eighties and Ireland in the nineties, the Los Angeles scene at the turn of the century ranks as amongst my favorites. 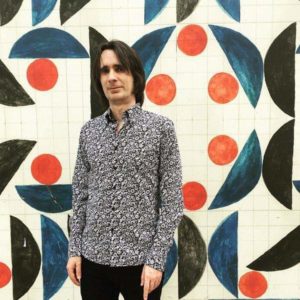 Like my other books, I wanted to have real people appear as characters to capture the vibe of what was going down, so in Sunset Trip you will find cameos from the likes of BJM frontman Anton Newcombe. When I was young and just getting into alternative sounds, I read Brett Easton Ellis’ Less Than Zero and I was blown away by how well he captured a seedy scene, which I felt was enhanced by appearances from real life characters, including the band X. I also liked the way that the night club in Saturday Night Fever and the bar in Urban Cowboy felt like characters and I wanted to have a similar effect in the novel, which is why several scenes take in Sunset Trip take place at the Three Clubs, the key meeting ground for scenesters at the time.

If there’s a single record that really sums up what Los Angeles felt like at this time, I would go with The Tyde’s 2001 debut Once. It’s a soulful record that somehow encompasses everything great about rock ‘n’ roll from Dylan to the great country rock of the late sixties, to the stellar indie sounds of eighties England. I played this record yesterday and when I closed my eyes, I time traveled back to a place where denim on denim, Clarks shoes and psychedelic sounds ruled the world I inhabited.

The Tyde: Once – soulful sounds that are part canyon rock, part UK indie-inspired.