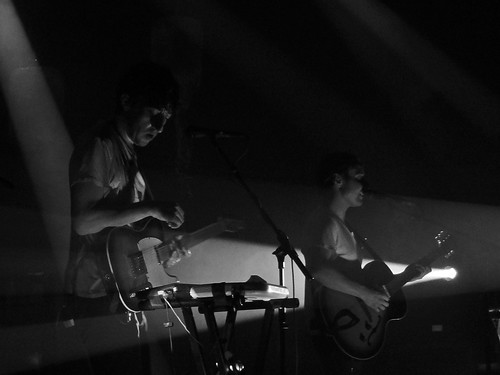 Standing on the very edge of greatness as he and Grizzly Bear most surely are, the combined sense of Ed Droste’s excitement and fear is almost palpable. On this the second night of the band’s European tour he tells us that “it started out so much more enthusiastically and then I lost it”.  He is actually speaking about his initially effusive though ultimately awkward introduction to the show though he could just as easily have been forecasting the early stages of this performance as the opening triumvirate of songs, all taken from the band’s recently released and truly inspired fourth studio album Shields, spectacularly burst forth. The jagged, angular, yet strangely beautiful rhythms and splintered chord sequences of Speak in Rounds and Sleeping Ute, abridged effortlessly and eloquently by the gentle tranquillity of Adelma, first capture and then emphatically deliver the greater confidence and maturity of Grizzly Bear’s most recent songwriting. You suddenly find yourself beginning to wonder if this could be one of the very best gigs that you have ever been to. 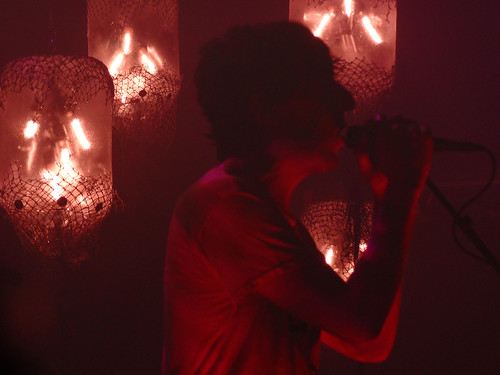 But then it all begins to unravel.  Ever so slightly, but it does start to shift your emphasis gradually away from those early notions of utter brilliance to something that is a little more ordinary. Cheerleader, Lullabye and Shift, all drawn from their first three albums seem relatively deflated and devoid of real focus as if reaffirming how great a distance Grizzly Bear’s music has travelled between Yellow House and Shields.  But just as you are beginning to file away the memory of the gig under flattering to deceive, A Simple Answer’s nagging beat rumbles back over the horizon. Daniel Rossen’s voice keens, his guitar jangles and the harmonies coalesce once more. A purpose and intent has returned and everything starts to come back into sharp relief. By the time they reach Gun-Shy and between that point and a concluding, euphoric Sun in Your Eyes the eight songs therein embody everything that is truly great about Grizzly Bear.  These songs are individual pieces of a musical jigsaw that defy comparison and categorization and which fit together quite perfectly into a much bigger picture. Whilst their music may occasionally nod towards chamber pop, neo-country and a strange kind of progressive rock they never embrace any of those companions, preferring to travel alone into these hitherto uncharted waters. 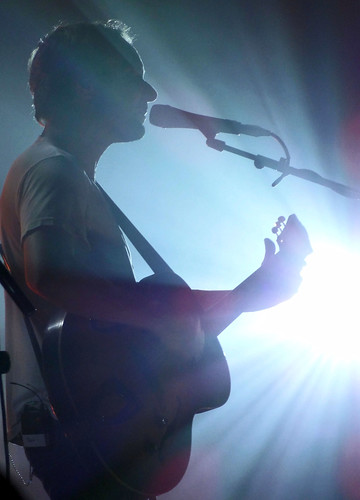 This is an exciting, alien territory for Grizzly Bear, though one in which they may ultimately struggle to balance their innocent charm against the prospect of even wider acclaim. This evening these four vaguely anonymous men stand in a line (a fifth supplement adds keyboard flourish from the shadows), partially illuminated by a dozen or so outsize replica gas mantles. Greater incandescence may only be one further classic album away but for the time being we can all bask in the warm afterglow of remarkable records such as Shields and hugely uplifting performances like these.