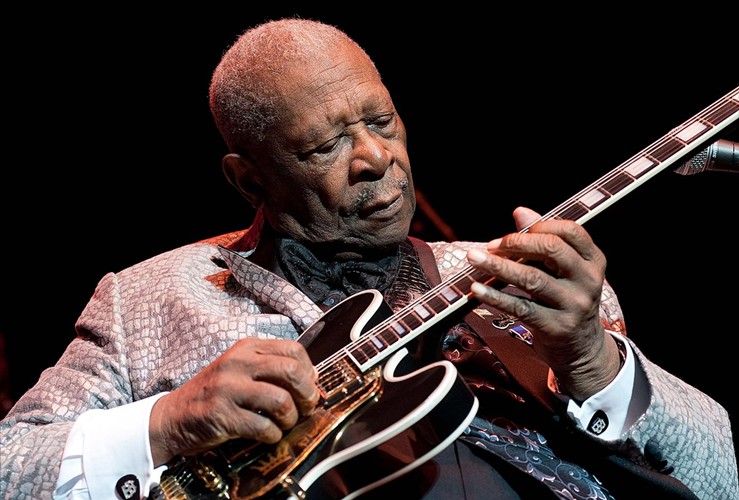 Captured over many years on ‘the long road well travailed’, the inspirational octogenarian “king of the blues”, daddy of them all, B.B King is the star of his own biopic in director Jan Brewer’s ‘The Life Of Riley’ documentary.

Exploring the nature and psychology of a kid borne of impoverished times in 1920s Mississippi, a myriad of musical acolytes discuss and muse over the blues most enduring scion. Narrated by another durable survivor, but of the film and theatre, Morgan Freeman, the talking heads include many of the usual suspects – Eric Clapton, Bono and Mick Jagger – alongside a diverse glut of talent that features Carlos Santana, Bonnie Raitt and Buddy Guy.

Following on from the UK theatrical release (15th October 2012), the official soundtrack is a 26-song “career-spanning” suite of classics, guest spot appearances and live performances from the film (keeping to the precise same running order of the film).

Released in a variety of formats, there’s a singular version (condensed to 19-tracks) and a behemoth four-disc spread that includes a 72-page colour book, postcards and a replica 1982 tour programme. 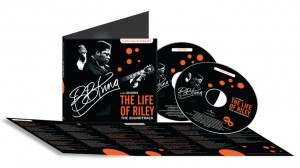 Revered for all the right reasons, B.B King’s resume can hardly be sniffed at, or ignored. Brewer’s film goes some way towards re-evaluating his work though these kinds of documentary exercises tend to preach to the converted as most fans and musicians are already well aware of the man’s “legacy” and struggles.

As much a celebration as a study, The Life Of Riley offers some useful insights and features some rare tracks – ‘Walking Dr.Bill (Live In Australia 1974) and ‘Sweet Sixteen (Live In Africa 1974) receive their first outings. A worthy survey with some of the most touching and poignant footage and music yet of the blues king.