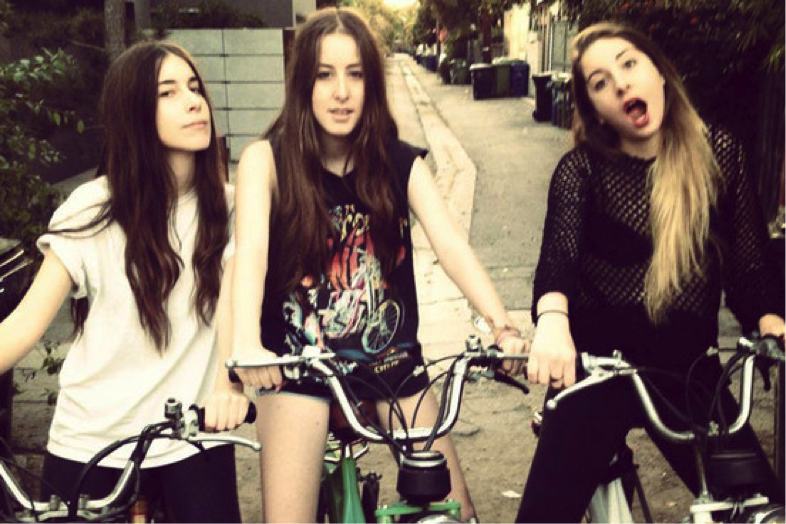 The Blog Sound of 2013 poll is a survey of UK music bloggers to find out what emerging artists they think are best. The votes have been counted, the results are in and the winners can now be revealed. The winners are Haim, who narrowly held off runners up Chvrches by just 1 nomination. The 5 artists that received the most votes by the 49 UK music blogs that took part in the poll are:

The Blog Sound poll was run by Robin Seamer from Breaking More Waves and Andy Von Pip from The Von Pip Express asking 49 UK music bloggers what emerging acts they were particularly excited about. The poll wasn’t intended to criticise the BBC’s Sound of list, but to simply represent the tastes of the voting bloggers.

The 2013 Blog Sound long list contained 7 acts that were also then revealed to be on the BBC Sound of List (AlunaGeorge, Chvrches, Haim, Laura Mvula, Palma Violets, Savages and Tom Odell) and 8 that weren’t (Curxes, Daughter, Mo, Pins, Randolph’s Leap, Rhye, Seasfire and The Neighbourhood).

In total just over 170 acts received at least 1 vote in the poll, but Haim and Chvrches were way ahead of the chasing pack when it came to the final count. Pins and Savages, tied for third place with The Neighbourhood, the second US act on the list after Haim in fifth.

Of the five most voted for acts all of them are bands and four of them have lead female vocalists. Two of the bands (Haim and The Neighbourhood) are from the US

The winners Haim have been one of the most talked about bands of the last few months and were the second most blogged act by UK Hype Machine listed bloggers in 2012. Haim consist of three sisters from California and were originally in a band with their parents called Rockinhaim. They signed a record deal earlier in 2012 and will release their debut album in 2013. Their sound fuses elements of classic rock, r ‘n’ b and pop and they have been compared with the likes of Fleetwood Mac, TLC and Wilson Phillips.

Playlist: songs from the top five artists in the Blog Sound Poll 2013:

What do you make of the Blog Sound of results?Are LA girl group HAIM the most exciting act that bloggers could put forward this year or a limp, overly plush MOR, Fleetwood Mac inspired stab at the mainstream?While for me the hipster pop of Chvrches and worthy sounds of The Neightbourhood flatter to deceive so far, Savages crackle with intense promise but have proved nothing beyond their quite obvious post punk influences. Here are GIITTV we’re happy to see one of our picks PINS in the top 5 but bit perplexed by the rest? Read about some of our tips here!