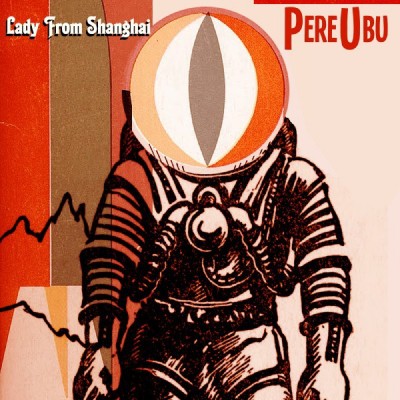 There’s been very few bands like Pere Ubu in history (that I’ve come across), and even fewer who would really try to sound like them.  Just like you wouldn’t want people to try and sing Associates songs at Karaoke (I hope you wouldn’t), so the thought of acts trying to follow them is almost uncomfortable.

It’s not one of the band’s more challenging records (I remember a colleague wincing when I made him listen to 1982’s Song Of The Bailing Man; he lasted a song and a half), but what I find so brilliant about this record is that it encapsulates the sheer otherness of the David Thomas and co. and provides a fine entry point into them if you’ve never heard them before.

And that sound……..it is still a take on the avant-garde meeting blues-rock, so a bit Beefheartian, if you’re clutching for something. But the songs are something special, too. There’s a dark mood that’s compelling, like a 1950’s B-movie at times, yet never schlocky. And it’s an album that you want to play again and again. Or you should do, if you like your music to take you some place. ‘Musicians Are Scum’ may sound like a confrontational title but it somehow sums up so well what Pere Ubu are about.

Bizarrely, my first introduction to the band, aged eleven, was courtesy of Roland Rat but that’s a whole other story

Lady From Shanghai is out now on Fire.