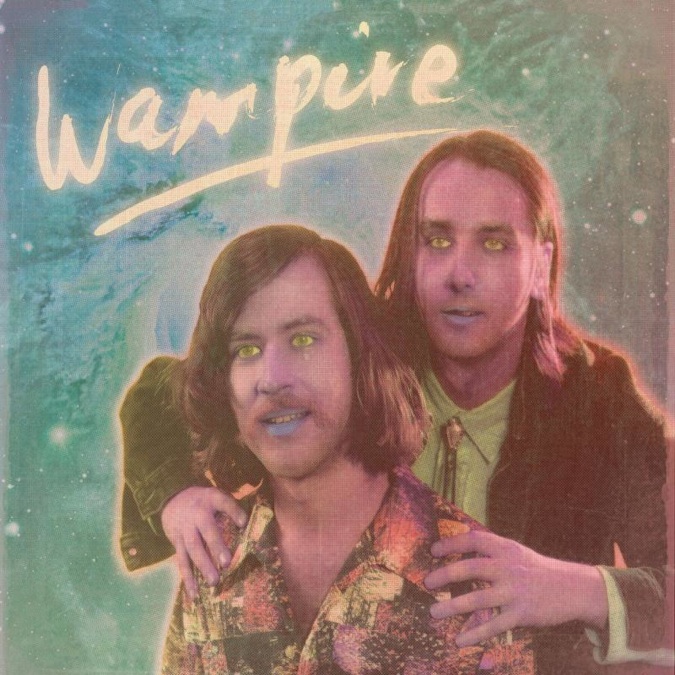 //Fiocz, Mishkin Fitzgerald, From The Mourning Of The World Project, Samba Touré and Wampire. 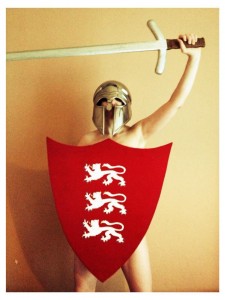 The recently conceived Glass Reservoir label, whose various releases aim to ‘examine’ and pick apart the relationship ‘between electronic and acoustic sounds’, lay down their manifesto with the cryptic code moniker, analogue modular synth, composer //Fiocz: What better way to launch a commendable enough new venture than with an exiguous but highly effective exemplary sonic clarion call.

His debut outing for the label is a concatenate of ‘field recordings’, gathered from work, home and environmental surroundings, infused with both lingering sine and fluctuating square waves.

Despite the electrical fog, many of the tracks slowly unveil vaporous harmonics and tetchy melodies. On the warping, ominous at first, choral ringing Disjunction, our composer shares the bill with Greek electro artists Zenjungle, who squeaks, what sounds like, a piqued accompaniment of strangled saxophone to the template effluence, adds a sparkle of diversity. And with the featured Joaquin Mendoza track Hypnagogia (the experience of the transitional states to and from sleep), that static-charged landscape swells with deep, deep wobbling bass notes and ‘bent-out-of-shape’ piano tingles (an ambient marriage between Mr.Ozio and the Aphex Twin).

Though human contact is kept to a bare minimum, we hear traces of radio transmissions and lost calls fro help from the ether: a last tangible link to terra firma.

Off to a blinding start, subtle as it is, the Glass Reservoir label promises to be an interesting hub for such discoveries. 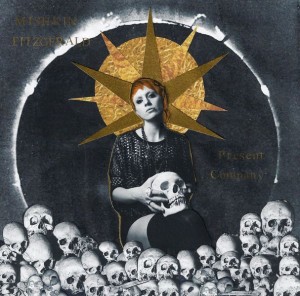 Seated in the Orthodox pose of a tormented saint; perched behind a throne of Cambodian bedecked skulls, Brighton’s Gothic siren, Mishkin Fitzgerald, looks like a quasi-Joan of Arc on the cover of her debut solo oeuvre.

Synonymous as the voice of ‘orchestral punk rock’ troupe Birdeatsbaby, Fitzgerald steps out on her own, albeit collaborating with the multi-instrumentalist and producer Forbes Coleman (Clare Maguire, Stereophonics, Audiobeach Studios) and featuring some guest appearances – She Makes War on the industrial, banshee operatic, Raise The Bar; a shrewd choice indeed.

Punctilious in delivery though theatrically dramatic, the bombast is stripped and directed through a less raucous soundtrack. However, that’s not to say fans of the band will be left lamenting, rather, surprised at their flame crowned singer’s vocal range and dexterity: from loft apparitional high coos to sobering displays of rejection.

Those haunted maladies and macabre strewn travails remain firmly intact, pushed if anything to starker extremes and evocation.

Aimed, perhaps, at a wider demographic, Present Company liberally stalks Muse, Radiohead and, even, Pink Floyd. The title track itself is almost cinematic and Bondian in ambition, a showcase for possible future soundtrack work and another example of the dynamic Fitzgerald range!

Sophisticated with an ominous, mournful spirit, Fitzgerald’s pours her heart and soul into this impressive LP.

If you happen to be in or around Brighton on the 1st May, then Mishkin, with fellow ‘femmefatales’ She Makes War, Apples & Eve and Emberhoney, will be holding an album launch at the Komedia. 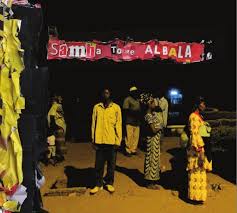 Ideally the musicians of Mali would prefer to showcase their desert songs and dulcet tones under more optimistic circumstances, but the recent insurgency, now curtailed by former colonial masters France (with additional support from the UK), has shone a light on the troubled west African state.

Years of good work and hard worn research by a host of humble labels couldn’t have ever hoped to compete with the Azawad Bedouin tribes fight; hijacked by a horde of Islamist terrorist groups, which if left unchecked would have imposed a bullying culture far removed from the peaceable and musically tolerant form of Islam, practiced by a majority of the country’s population.

Compelled to speak out, a host of Mali’s great and good (Bassekou Kouyate, Fatoumata Diawara, Baba Salah to name just a few) have added gravitas to their praised sweet tribal blues, in defiance. Known for his work with the late Malian legend, Ali Farka Touré, Samba Touré is an amiable enough chap whose previous acclaimed albums, Songhaï Blues and Crocodile Blues, were more genial affairs, now shows his disproval with a grittier, riskier new protest, Albala.

Albala – translates from the Songhaï language as ‘danger’ or ‘risk’ – is a darker, albeit lamentably so, LP. But so delicately melodious and nimble is the delivery that the cries of woe remain hymn-like and hypnotically diaphanous: the blues may have turned a deeper shade of forlorn, yet still sways with meandrous buoyancy and restrained elegance.

As Mali vanishes from the 24-hour news roll – hopefully because both France and the local government have successfully brought some kind of peace and resolution – we’re thankfully left to enjoy the enduring musical spoils.

Various ‘From The Mourning Of The World’ (Dark Mountain Project) 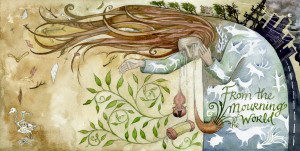 You can always rely upon London’s morosely adroit troubadour Marmaduke Dando to create, or in this case, gather together life’s most forlorn and resigned laments.  Squeezing the ‘last dregs’ from the barrel of despair, Dando’s own triumvirate imbued brotherhood of Bowie, Cohen and Walker template has produced some wry but sincere recordings; his Heathcliffian Surly debut a pensive, if heartfelt, raised eyebrow to the artist’s plight; romanticizing on John Donne toil and iconic Baltic ports of call.

In-between work on his latest tome, Sweet Dregs, Dando has been tasked with curating a compilation of earthy protests and daemonic plight (collated from the ‘wild and uncivilised’) for the global-wide, Dark Mountain Project.

Previously collaborating with a network of artists and supporters to fund a trio of essays/stories/art and poetry anthologies, the not-for-profit organization is now hoping to release its first ever album through ‘crowd funding’.

The final artifact will be a lavish double-gatefold (with artwork design and execution by Rima Staines and Andy Garside) affair, and, rightly so, pressed onto heavyweight vinyl, limited to only 500 copies.

Certainly unique in its cast of featured artists, the darkly entitled From The Mourning Of The World collection doesn’t so much harangue as plaintively offer condolences to our desperate age (‘crafting new stories for a civilisation in trouble’).

Starkly stoic and troubling choices sit consanguine with jauntier, bawdry and wistful kooky balladry. Bleakly setting the scene, DRKMTR’s biblical augury The Wild Hunt, is a disturbing introduction. Describing in a somnambulant state the caustic pastoral landscape, bedecked with a ominous ‘pale horse’, ‘false prophet’ and creepy chthonian other, this tale sounds like a missing passage from Aphrodite’s Child’s ‘antichrist superstar’ 666 opus, and is thankfully the darkest it gets.

Keeping good company (of the acclaimed sort), former winners of BBC Radio 2’s ‘Folk Singer Of The Year’, Chris Wood (in 2011) and Jon Boden (in 2010) lend both Parisian accordion chic – on his Men Without Hats Georgian jolly, Beating The Bounds – and earnest wantonness – an alternative version of Boden’s Caesar, especially recorded for this album – to proceedings, yet shine far less than their peers.

Without parallel, the velvety ‘honeysuckle bloom’ tone of, inspired choice, Bethia Beadman stands out as the albums startling highlight. Vocally mesmerizing and compositionally assiduous, her resonating hymn like swoon, Georgia, is a drifting, opulent duet with REM’s Mike Mills and sounds like a long-suffering Joan Baez fronting Anthony And the Johnsons: oh yes it certainly stirs the soul!

Using an amusing set of leaps and bounds across time, our troubadour journey’s from the present incarnation of his mum back to the stone age: “Her mum was born in 2000 BC/Her mum was there when they were building Stonehenge for the first time/Her mum never saw the wheel.”

A paean to simpler, ancient communal times, our modest protagonist seeks a retreat, unshelling shellfish, surrounded by his tribe and partner on the Meden.

From the confrontational voice of dissent to bygone alluded scriptures, Dando’s astute ‘picks’ harmoniously merge in an almost uninterrupted flow.

Let’s hope that good work isn’t undone at the 11th hour, due to a lack of funds, though the quality is such that I’m convinced this darkly shaded folk collection will see the light of day.

If you’ve been affected or felt touched by this review –enough to pledge monetary support – then visit the Dark Mountain’s ‘giving’ page to kindly donate. 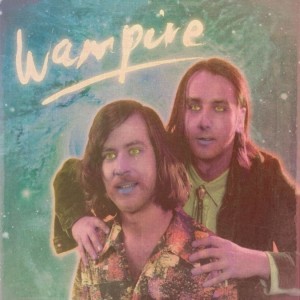 It takes some effort to sound this languorous and amorphously adrift but Portland, Oregon (the west coast’s less contrived counterbalance to Williamsburg) duo Wampire deconstruct then re-assemble in a placable yet skillful manner this exact mood. Fellow ‘Portlander’ Jacob Portrait of the Unknown Mortal Orchestra, who not only produces but also offers up the odd lyric and melodic arrangement, helps the group obtain this meandrous nirvana.

Appropriately entitled Curiosity, their debut indolently sways and wavers, drowned in a resonate fuzz of washed-out 80s reverb and dry ice. Despite this floating, untethered, nature the translucent melodies always manage to seep through, though the vocals remain obscured for the most part.

Redolent to the misadventures of Ariel Pink – especially on the spindly organ-led psych, funeral cortege The Hearst – and John Maus, Wampire liltingly sulk about modern angst whilst attempting to sex things up with carnal ‘come hither’ promises (the outro glitter shimmer of Magic Light and swooned Trains).

Ready to jolt expectations they loll about in an experimental waltz with the Rocky Erickson in ‘Laurel Canyon’ Snacks, and pogo to a subdued apache garage beat on Giants. They even recently covered Kraftwerk’s Baroque-electronic anthem The Model; extending the chiming classicism with hipster vibrations and

Nothing less than evanescent, even after numerous plays, Curiosity hasn’t exactly left an indelible mark; due in part to the intangible hazy force field of production, which is equaling a positive and negative: though for once, each bass note and bassline is at least audible and punchy. File under ‘perfect soundtrack for that imaginary esoteric John Hughes movie, circa 1985’.

2 thoughts on “The Polygenesis Perusal #2”