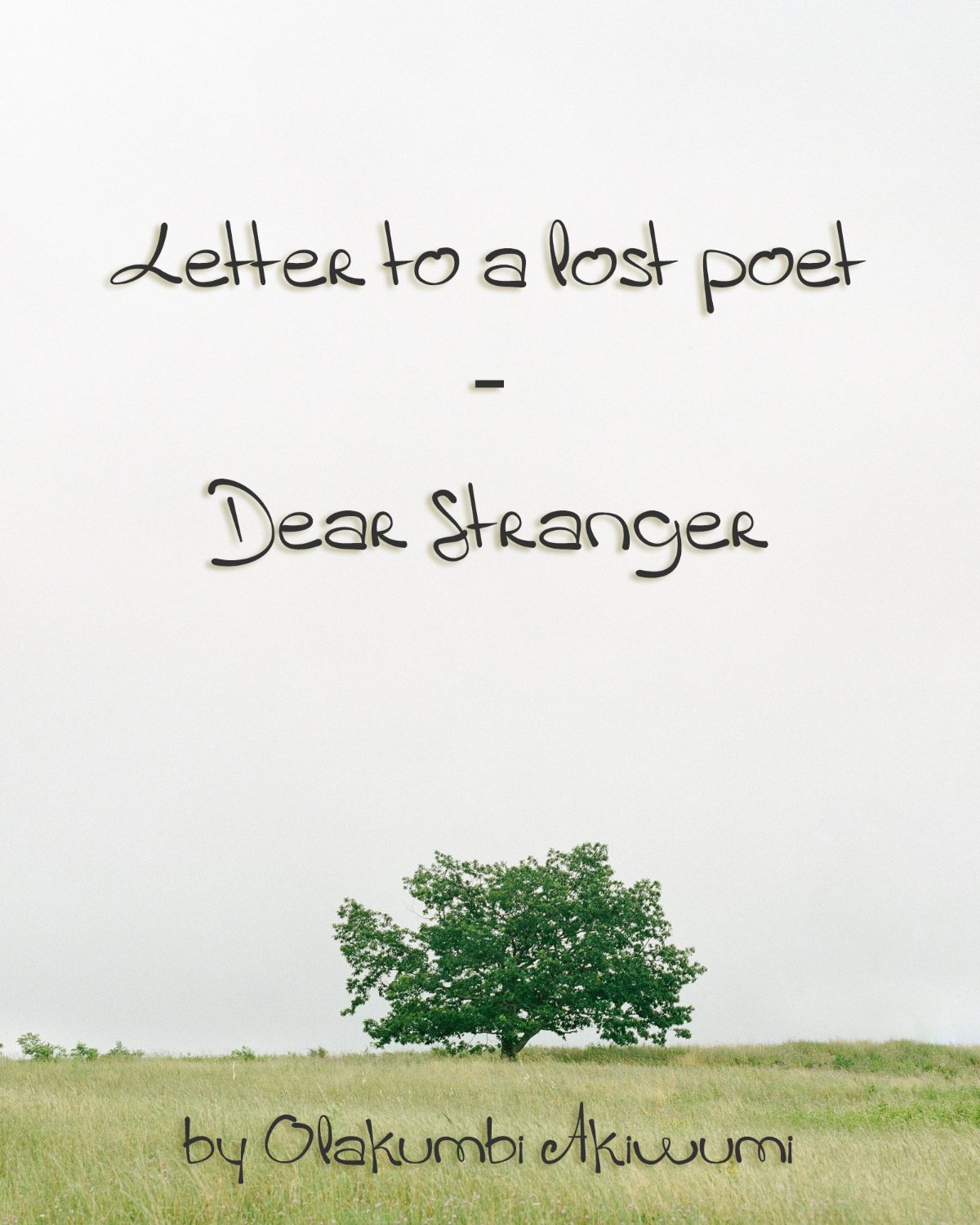 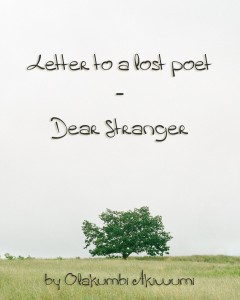 Olakumbi Akiwumi, a mental health nursing student has self-published her debut book, a piece of prose, Letters to a Lost Poet, using her life experiences, literally noting her thoughts, questions and insecurities. In the style of a diary, she evokes the most delicate and insular thoughts, discussing demons, paranoia and the need to cry oneself to sleep. Is this merely for her own accord, and of no benefit to the readers? This is always an interesting question when it comes to any self-published texts, after recently speaking with the authors and founding members of the Triskele Collective, a collective of self-publishers.

Firstly, it must be noted that in an essay read recently by George Orwell titled Good Bad Books there is an valid point that the dystopian novelist and journalist makes. It being, “a good novelist may be a prodigy of self-discipline like Flaubert, or he may be an intellectual sprawl like Dickens” which I will refer back to. In this case, Orwell is suggesting that they have the urge, determination and drive to create the work or that they use their wit and intellect to drive at points that force their readers to consider new theories, thoughts, notions.

Significantly on the first read this appears as letters to archive moments in her life, as her memory has probably deteriorated from the war time time in the Sierra Leone. These seventy-two letters vary in length and seem to align with her thoughts. As you near the end of the book (and after a second re-read) it becomes apparent that this work is less of an evocation of war posing memory retention problems and more about the mental evils it has propelled.

She poses a lot of questions consistently throughout that interrogates a lot of societal expectations of women, whilst yet, placing heavy dependency on a potential partner, another half, exclaiming vain insecurities, self-esteem issues whilst sharing embarrassing anecdotes. There is also the consistent crying herself to sleep and questions of suicide throughout this text, which, no doubt considering her experiences at war would seem conceivable. However, this repetition does soon make the prose a rather predictable and banal, albeit truthful read.

Where in this equation would Akiwumi’s text fit in is a very apt question, and gives me a good basis for understanding whether she as a writer is beneficial to society to be self-publishing, as it is clear that there is an inter-dependency she gets herself from noting these thoughts, as any writer will be able to clarify. Simply noting these things is therapeutic and allows the mind to process this thinking. Clarity in writing allows the mind to digest information and experiences, making thoughts mould in a more linear fashion. Does she, as with some of the Triskele authors, break typical genre moulds or use self-publishing to avoid the pigeon-holing (in regards to marketing) or is it simply because this type of prose is not perceived to strike a positive chord with the public? Perhaps it forces them to consider this form of therapy when in a similar position but not all readers are going to gain this from her writing.

It must be noted that the author’s poetic language is pungent throughout these letters, and that is something which makes it an interesting, vivid read, and not entirely drivel. “Dear Stranger, in a jungle of broken homes and burned bridges are angles walking in a war zone similar to the heat of hell’s fire. If my honesty is lacking then my truth is blind” is a wonderfully vivid piece of description that sets the scene clearly in the mind of the reader. The fragmented prose also sets the tone nicely, adding to the sense of dysfunction in the author/character’s life, highlighting the erraticism which so obviously exists within this author.

Reminiscent of books such as Tim Burton’s The Melancholy Death of Oyster Boy and Henry Rollins’ Black Coffee Blues in its sketchy format, with bleak interjections and dark metaphors, it is shameful that the book loses its interesting description and insight. This poetic language and fragmentation reads brilliantly, which renders it a disappointment as if it were not for the repetition and questions; there is clearly potential in Akiwumi for a good novel yet.

Notably, there is no temporal understanding for the reader with this book, which personally I find a little irritating. The format would suggest that the seventy-two letters are written consecutively daily but there is nothing which confirms this, and an established time frame for these letters would assist, allowing the reader to unearth further information about the character/author.
It is also disappointing to note that there are many typos and grammatical errors in the edition that I have been sent. If we are going to argue strongly in favour of self-publishing there needs to be a rigorous approach to the writing before it goes to print; otherwise the work of other self-publishers can be undermined.

Going back to my Orwellian quote, unfortunately this would not come into the category of a good novel. The banalities may have been redeemed by a strict discipline on language; however the misprints and grammatical blunders are endemic. The concept is interesting but has not quite been deployed in the manner to keep the reader interested. However, I would add that there is talent there and perhaps it might be worth keeping an eye on future prose from this author, the lost poet may yet be found.