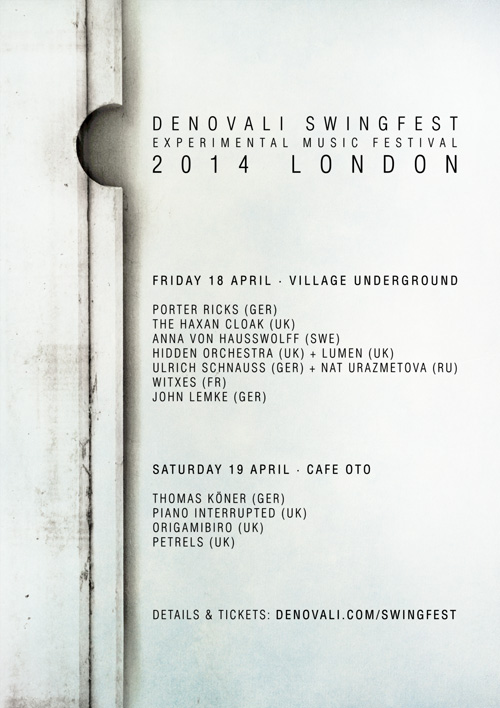 Easter is once more rising. Back for its second year in the capital, the Denovali Swingfest will take place at the Village Underground and Cafe Oto venues in east London on Good Friday the 18th and Saturday the 19th of April 2014.

Since 2007, the cult German independent music label Denovali Records has been curating and promoting a series of international music festivals in first Essen and then both Berlin and London. Adhering to true egalitarian principles, the festival rejects any notion of there being a headliner and each artist to appear performs for an equal amount of time with every individual set being the length of a full club show.

The line-up of artists to appear at the Denovali Swingfest is always drawn from a core of the label’s own roster – this year’s London edition sees Piano Interrupted, Origamibiro and Petrels on the bill – with a number of other selected non-label acts, which this time round will include The Haxan Cloak, Anna von Hausswolff (pictured below), Porter Ricks, Ulrich Schnauss and Hidden Orchestra who will be performing a special Audio Visual show together with a video installation from Lumen.

The festival provides a very broad spectrum of experimental music, which ranges from darker improvisation through elements of techno, ambient, electronica, post-rock and neo-jazz to what are much lighter string-based arrangements.

This year’s full line-up is as follows:

In previous years and in addition to the full musical programme, the festival has also put on accompanying events such as experimental cinema, installations and lectures.

With all of the festival information here: 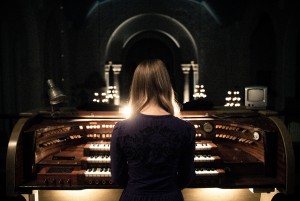