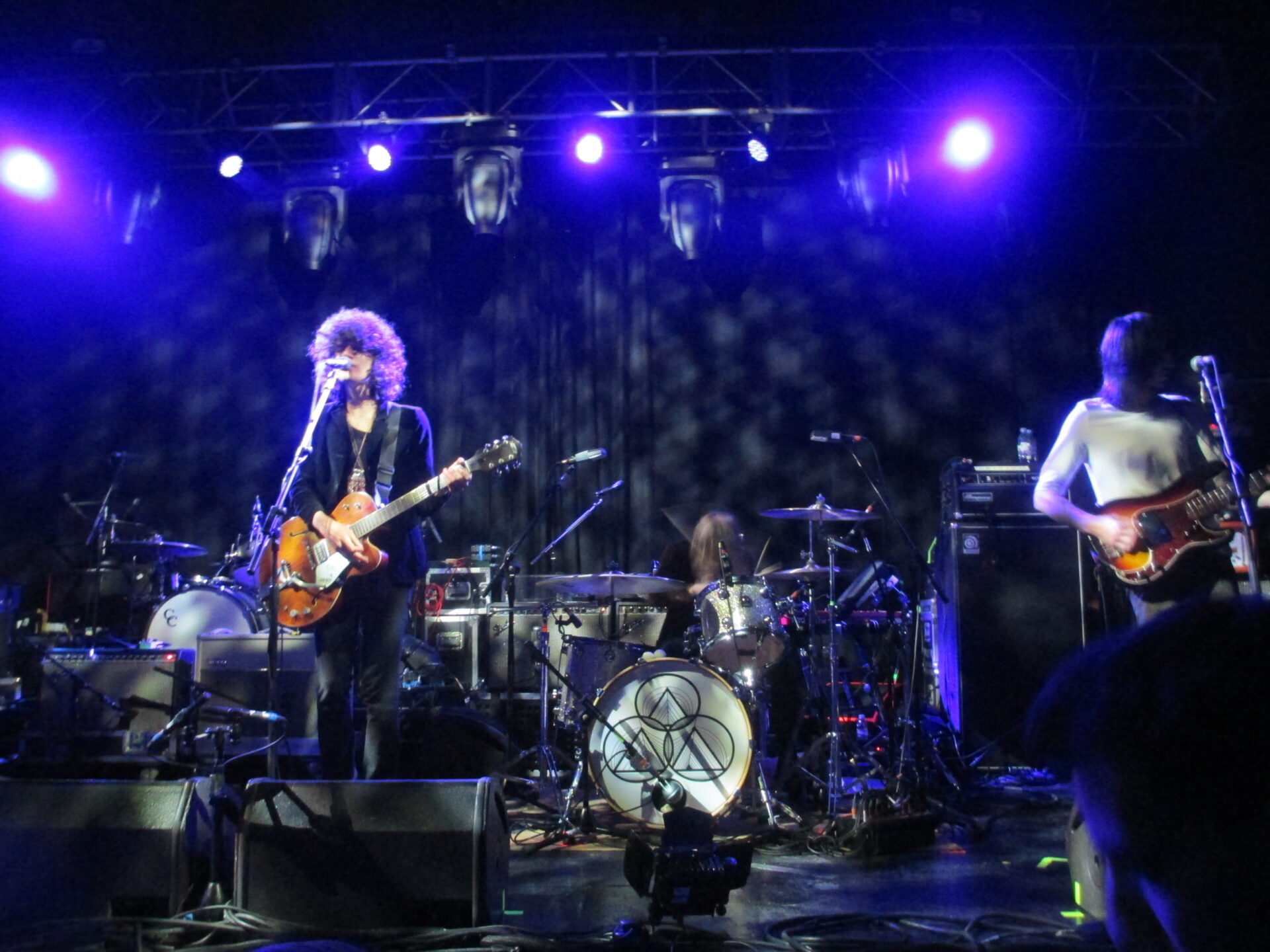 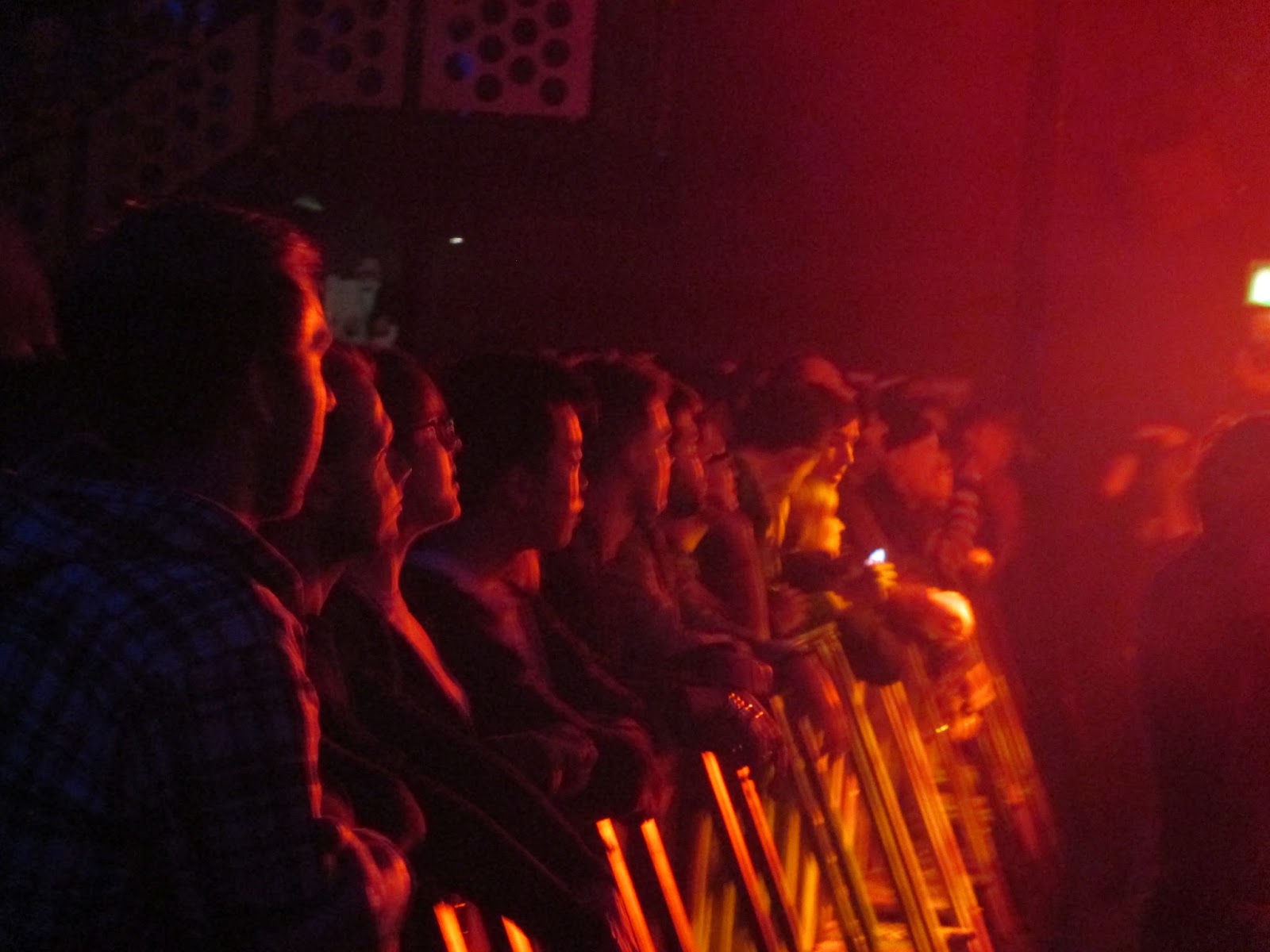 The annual NME Awards Tour arrived in Bristol to bring the audience at the Academy another four acts of the moment. Well, supposedly. Interpol are an odd choice for headline act, considering they’ve been around for over a decade. Wasn’t this tour supposed to be a showcase for the brightest newcomers?

This year the night kicked off with a set from indie types Circa Waves, who I missed due to being held up by diversions on the way to Bristol. 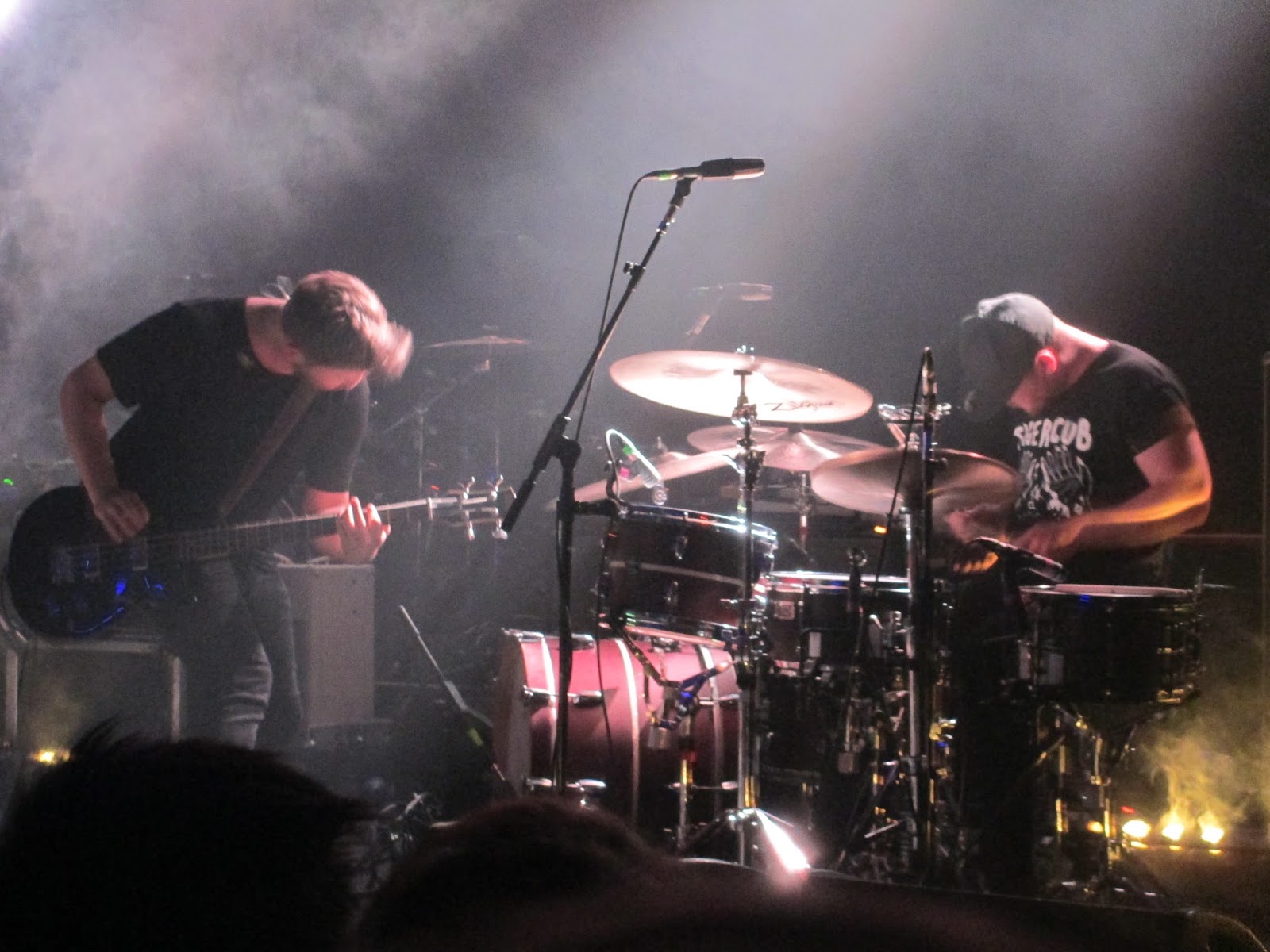 Luckily I didn’t miss the impressively powerful duo Royal Blood, who seem to make one hell of a sound for an act consisting of just two people. If you didn’t have a good view of the stage, you could be forgiven for thinking that this was a five piece band. Singer and bassist Mike Kerr dishes out meaty riffs while Ben Thatcher provides strength and fat rhythms from behind the drumkit. With a sound laying somewhere between Queens Of The Stone Age, Rage Against The Machine and The Black Keys, they provide British rock with a much needed new ray of hope. ‘Little Monster”s beefy funk is a particularly sturdy highlight. 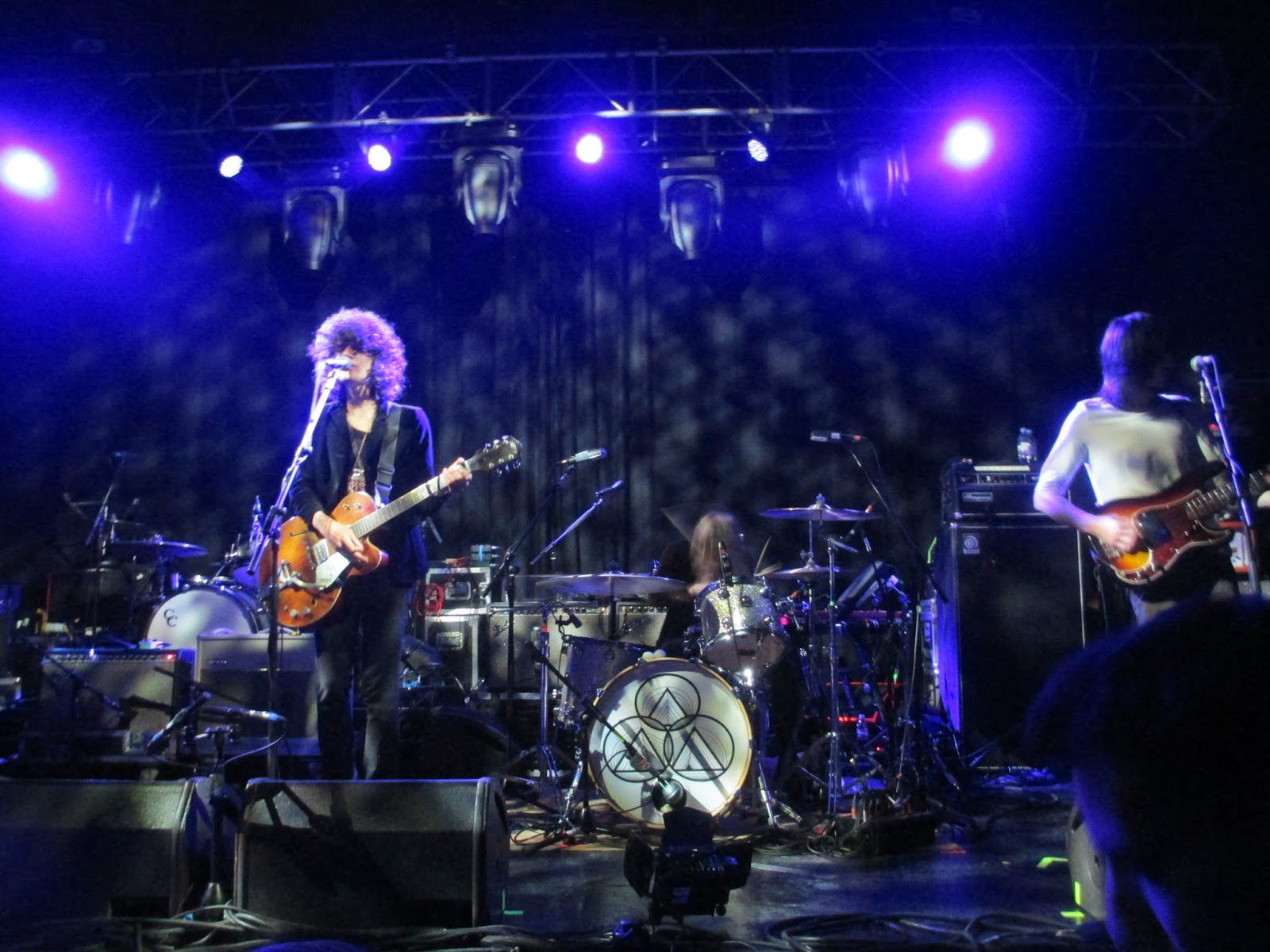 It gives band of the moment Temples a challenging task to match such brutal power afterwards, and the drop in volume hardly does them any favours. But you have to bear in mind that they operate differently to the previous act, and exist in another musical world altogether. Played live their songs become something quite different to what we’ve heard on their stunning debut LP ‘Sun Structures’, certainly more intricate and tackled with precision and feeling rather than blasted out at deafening volumes. As a result of following Royal Blood’s thunder, the opening ‘Colours To Life’ sounds more like a cry from the darkness rather than an explosion of light. However, it’s just a warm up to ease the crowd into this short set of marvellous modern psychedelica, with the driving cosmic missile ‘Sun Structures’ amping things up and providing the best song of the whole night. 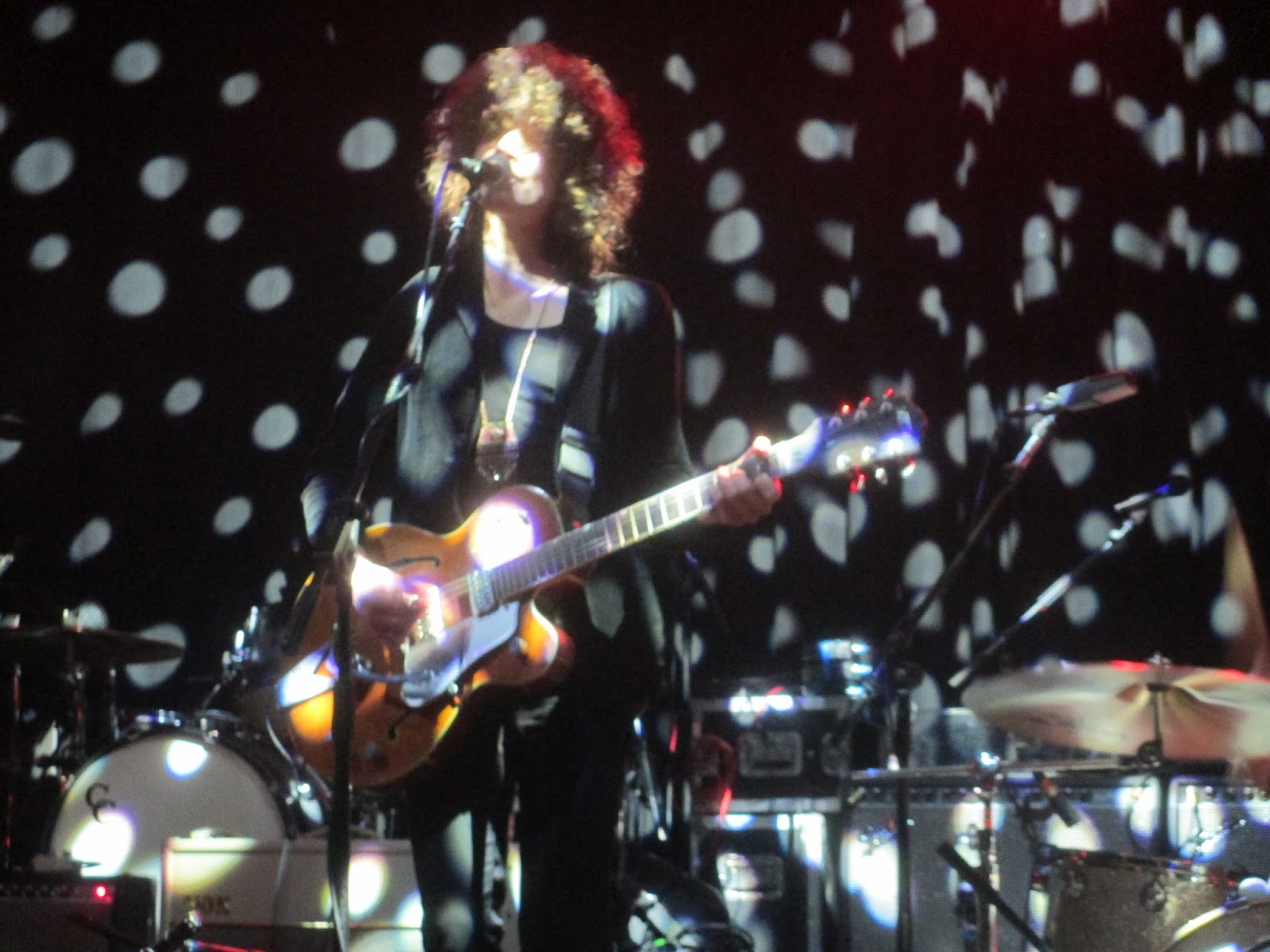 Demonstrating the stellar quality of their musical output, B side ‘Ankh’ launches upwards into an awe inspiring celestial stomp coupled with disorientated vocals, while the Kettering based four pieces performance is impressively tight considering they’ve been around for such a relatively short period of time. However, their debut is definitely an album where the studio is used as an instrument, and the absence of that booming drum sound and layers of melody causes ‘Keep In The Dark’ to lack the bite of the superb recorded version. Luckily, ‘Mesmerise’ hits the mark brilliantly and the enticing haze of ‘Move With The Season’ drifts through the venue like a gently intoxicating cloud of smoke as the band are covered in projections of moving dots of light.They finish the set with the colourful Byrds-like flavours of the wonderfully infectious ‘Shelter Song’, which left this reviewer wanting an encore. After just over half an hour, it seemed to end just as the group have moved into full gear. Should have been headliners. 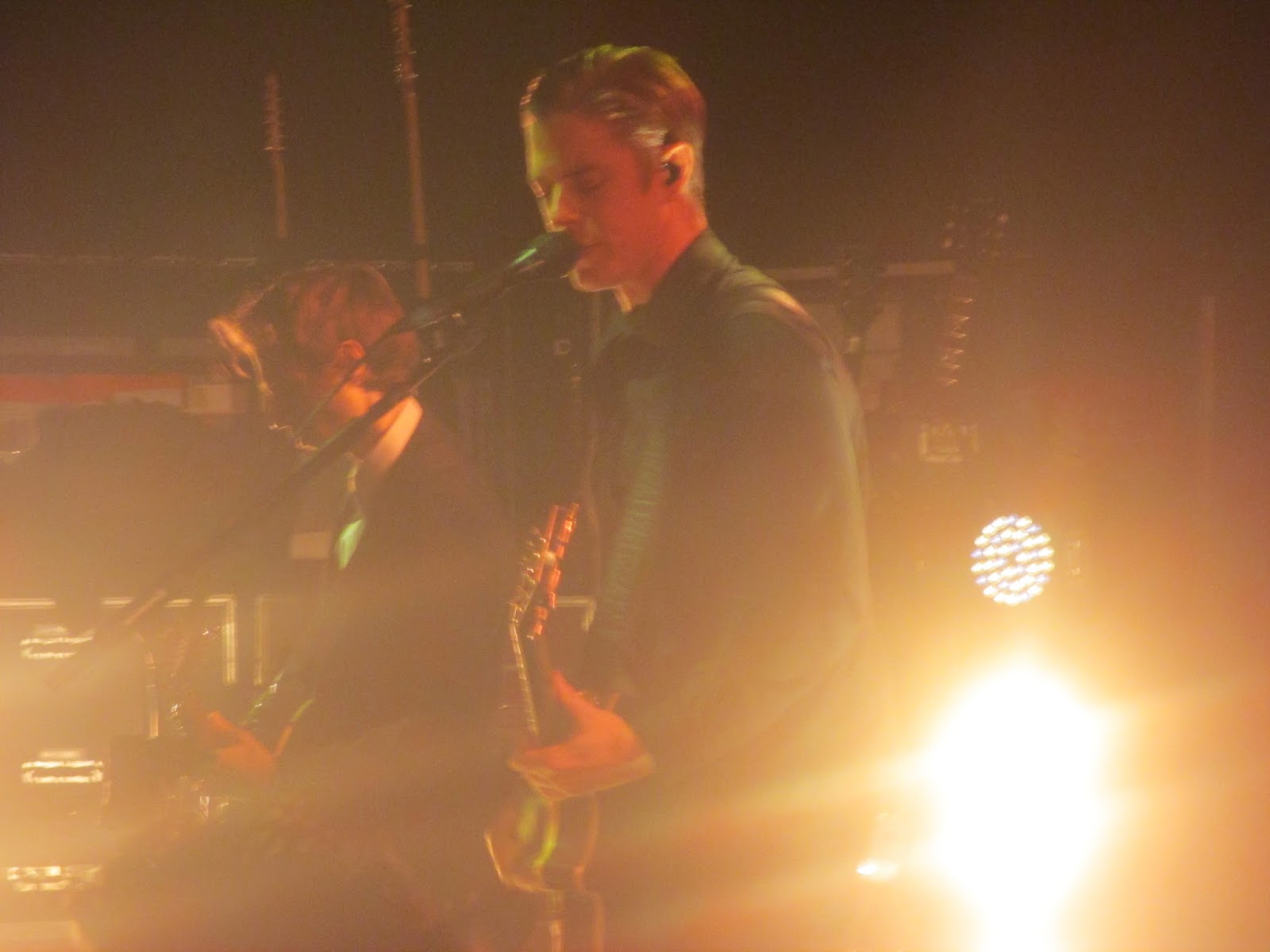 Returning to live action after being on hiatus since 2011, Interpol seem to have turned this annual tour into more of a showcase for their return, since the venue appears to be packed with people that are primarily here to see them. And most of them can’t have been disappointed with their set composed mostly of well loved tracks from their first few albums. Performance wise they’ve lost none of their taut post-punk operatic moodiness, and the dark deadpan delivery is still very much intact. Initially the new songs don’t seem to have much weight, but it’s hard to tell how good they are until they become more familiar over time. Their audience seem to revel in each number, and warmly welcome the band back from their extended break with rapturous applause and cheers.

But for this reporter, it was the magnificent Temples and the startlingly powerful Royal Blood who owned the night. Sometimes the new breed ARE capable of outdoing the veterans. This has been one such occasion. 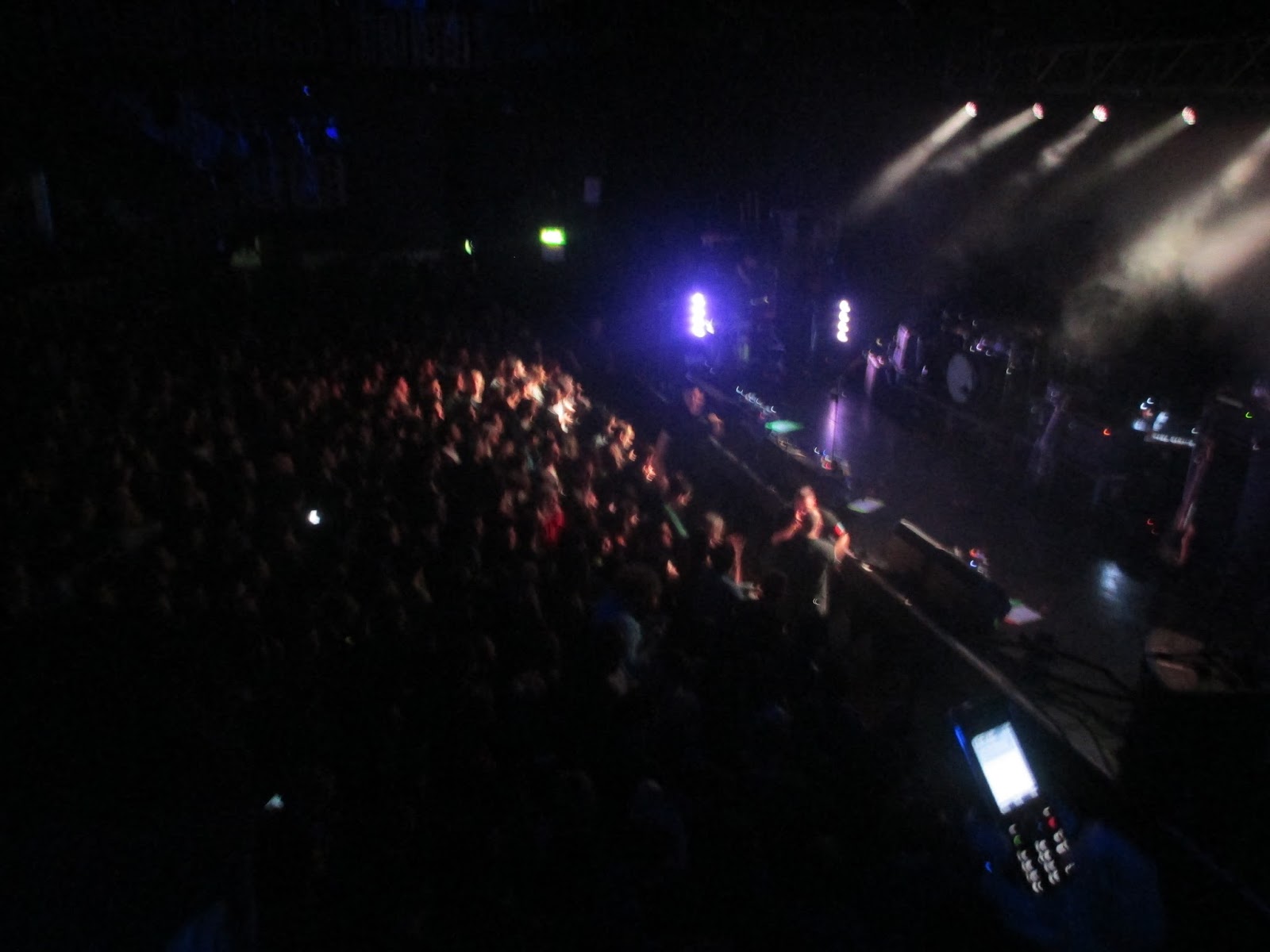 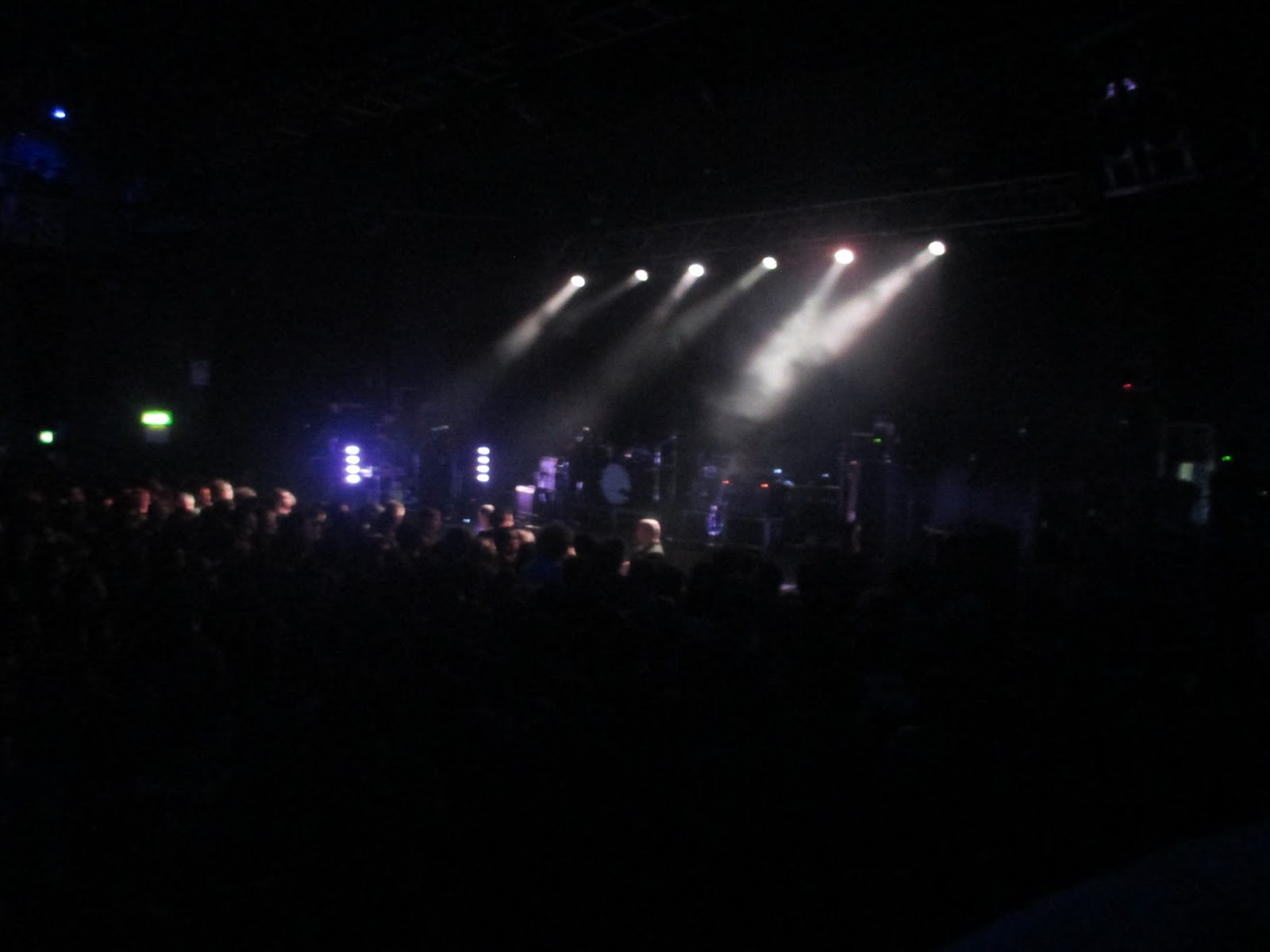 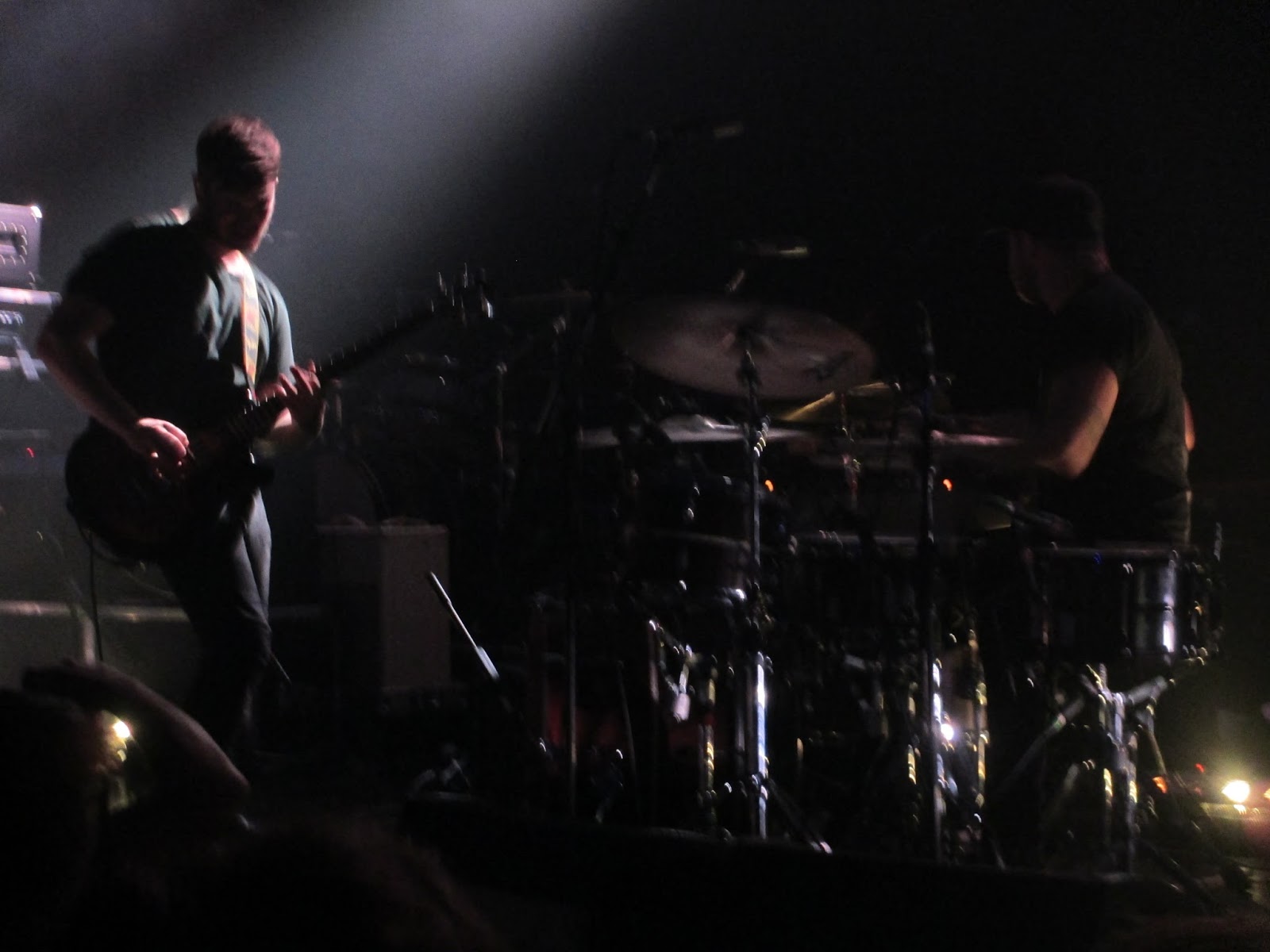 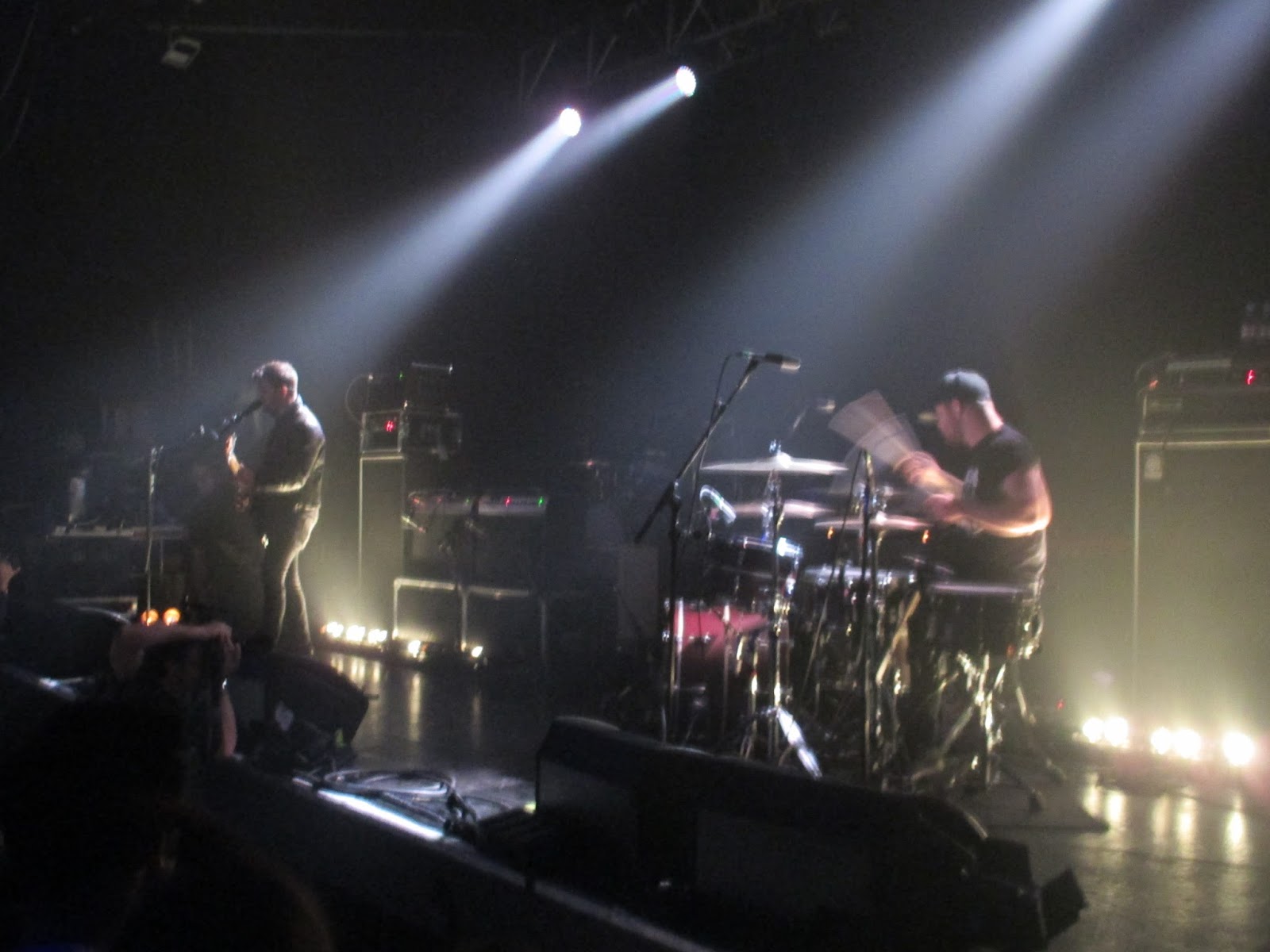 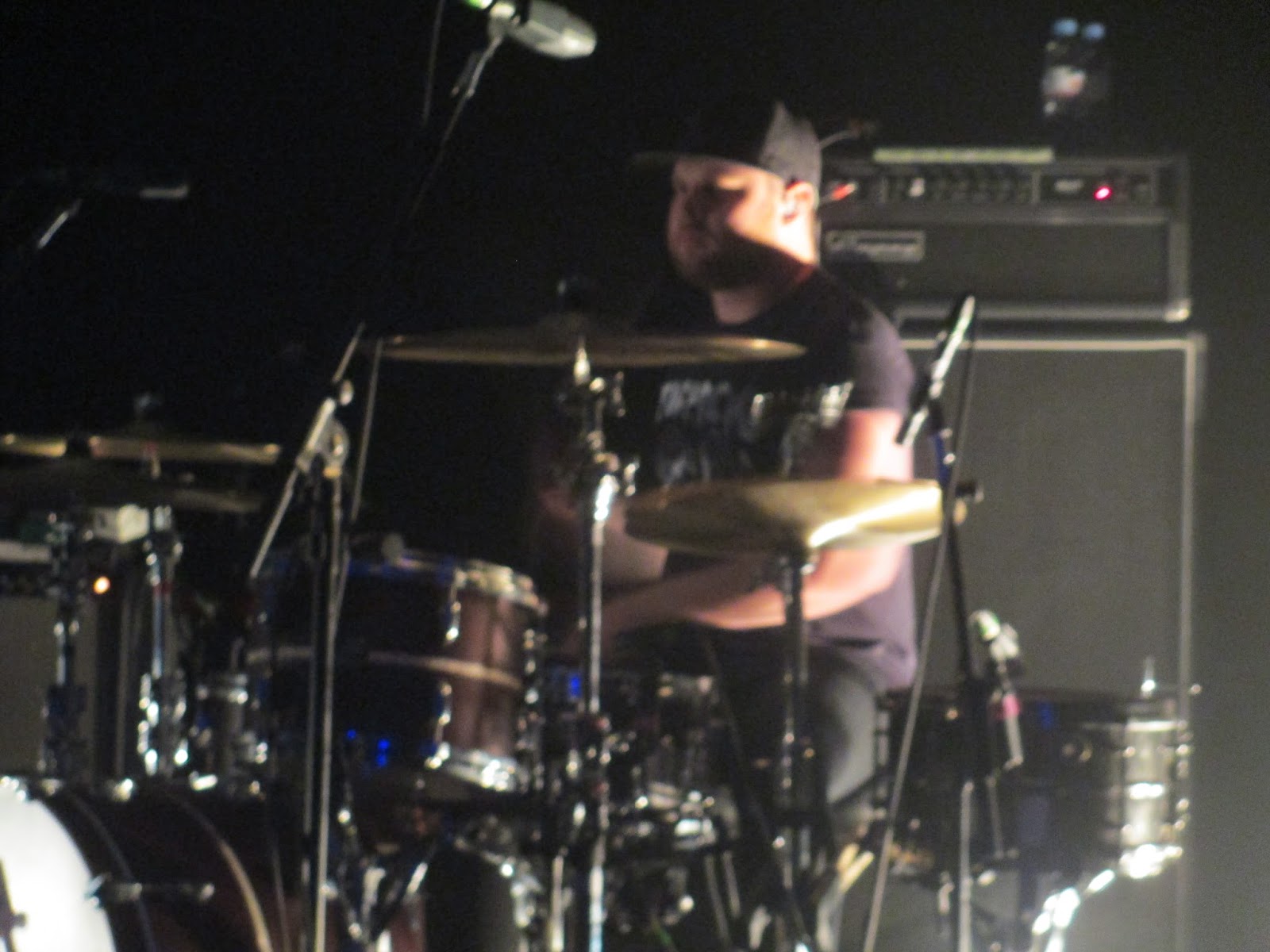 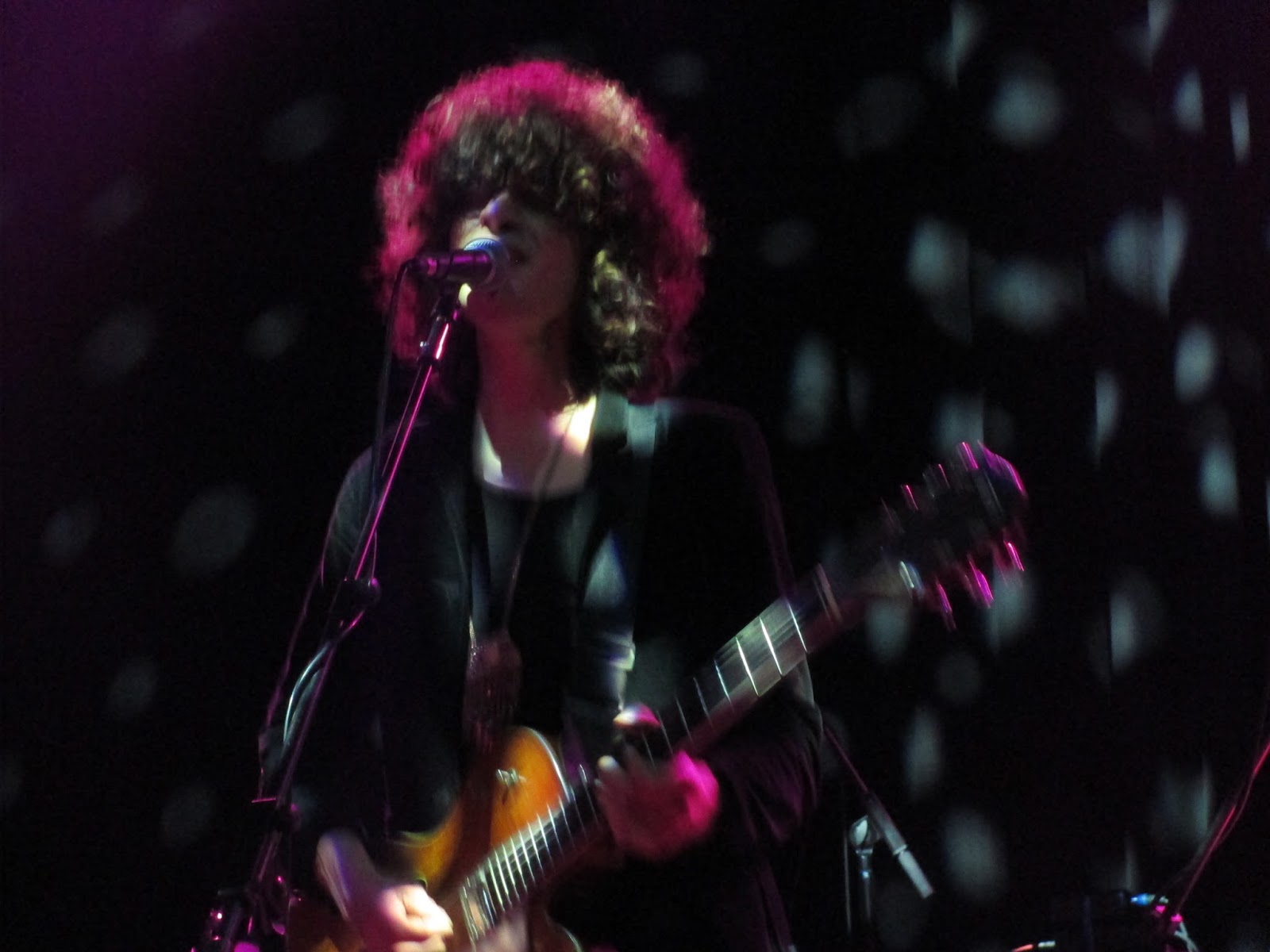 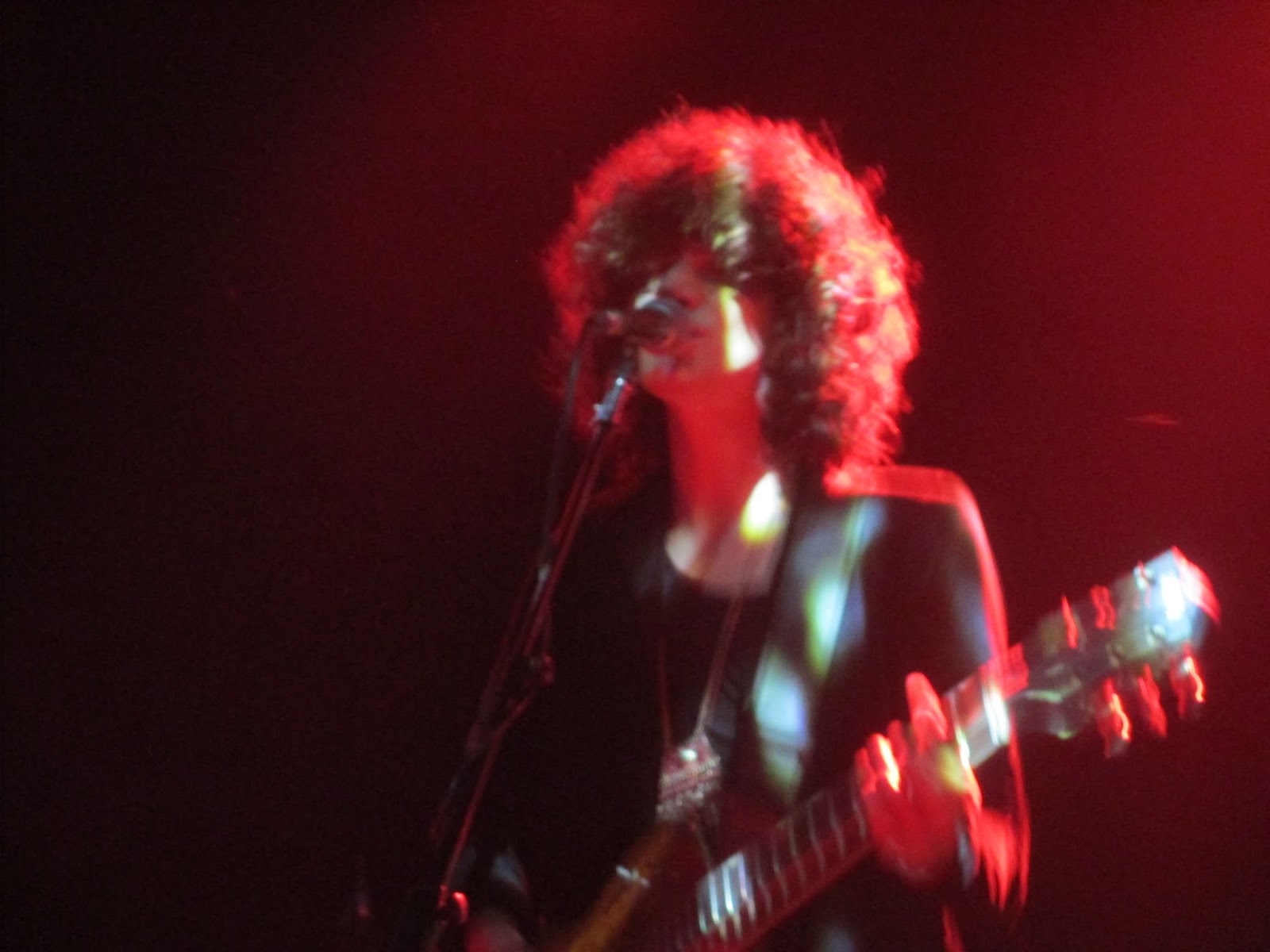 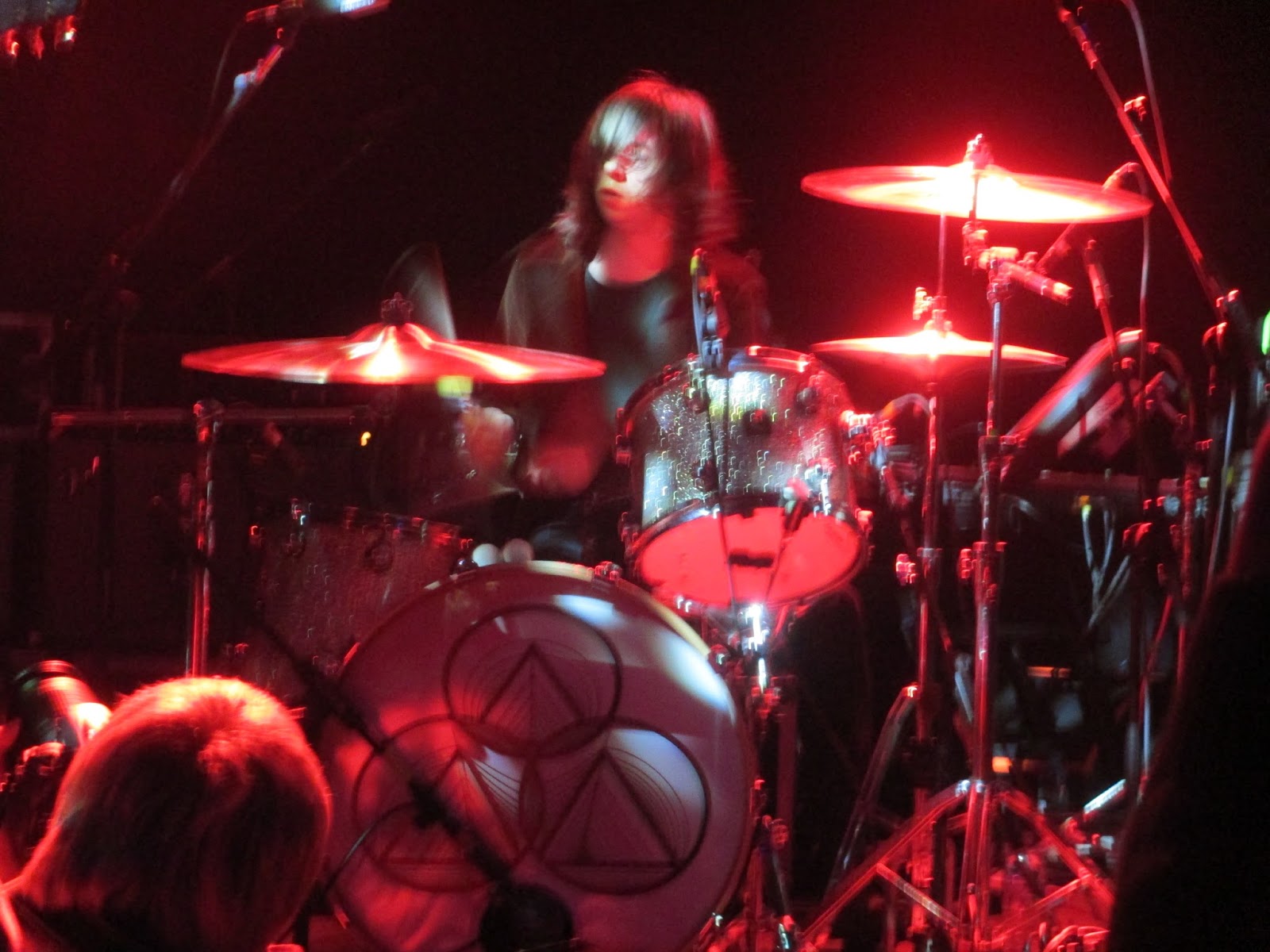 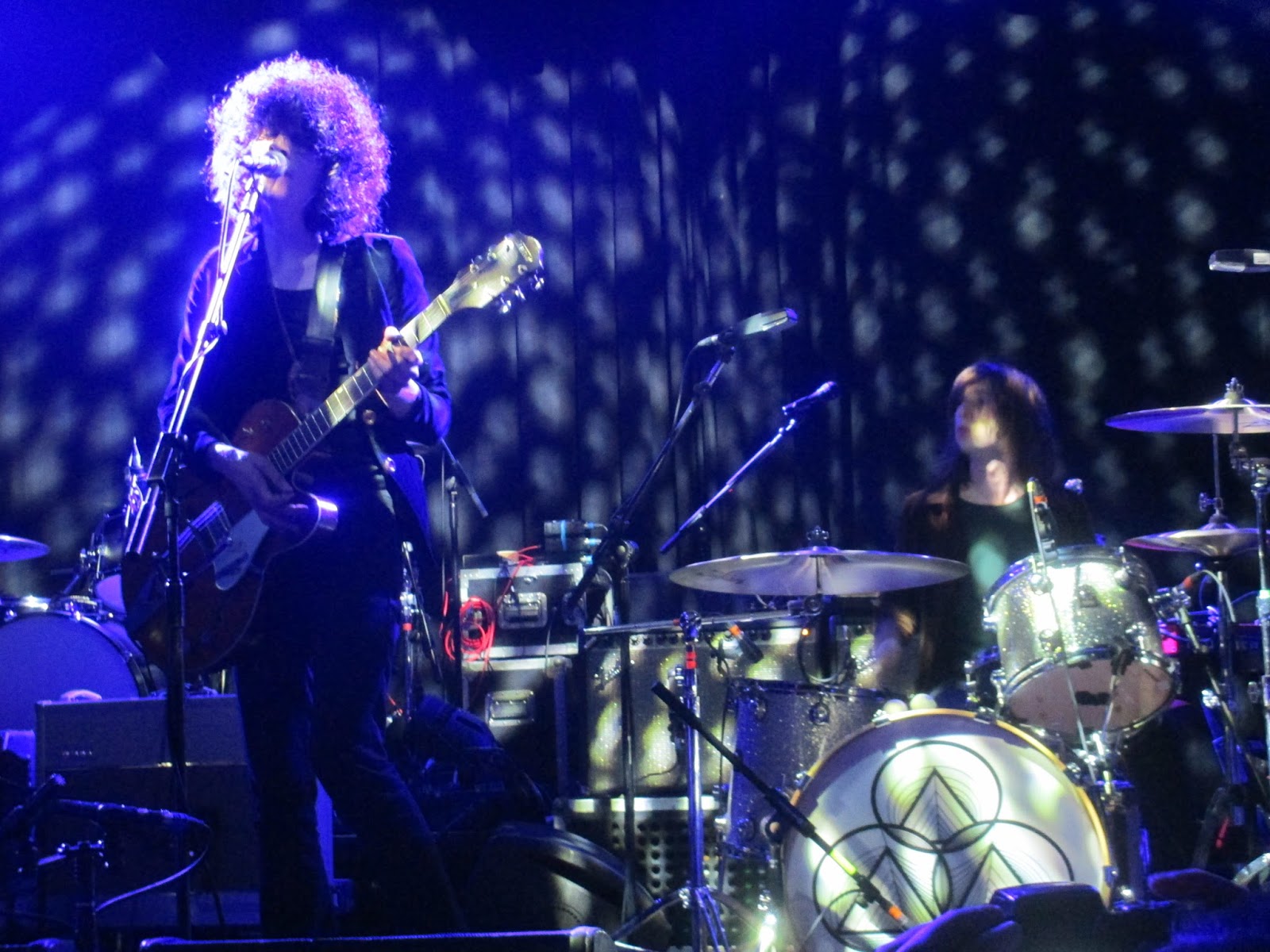 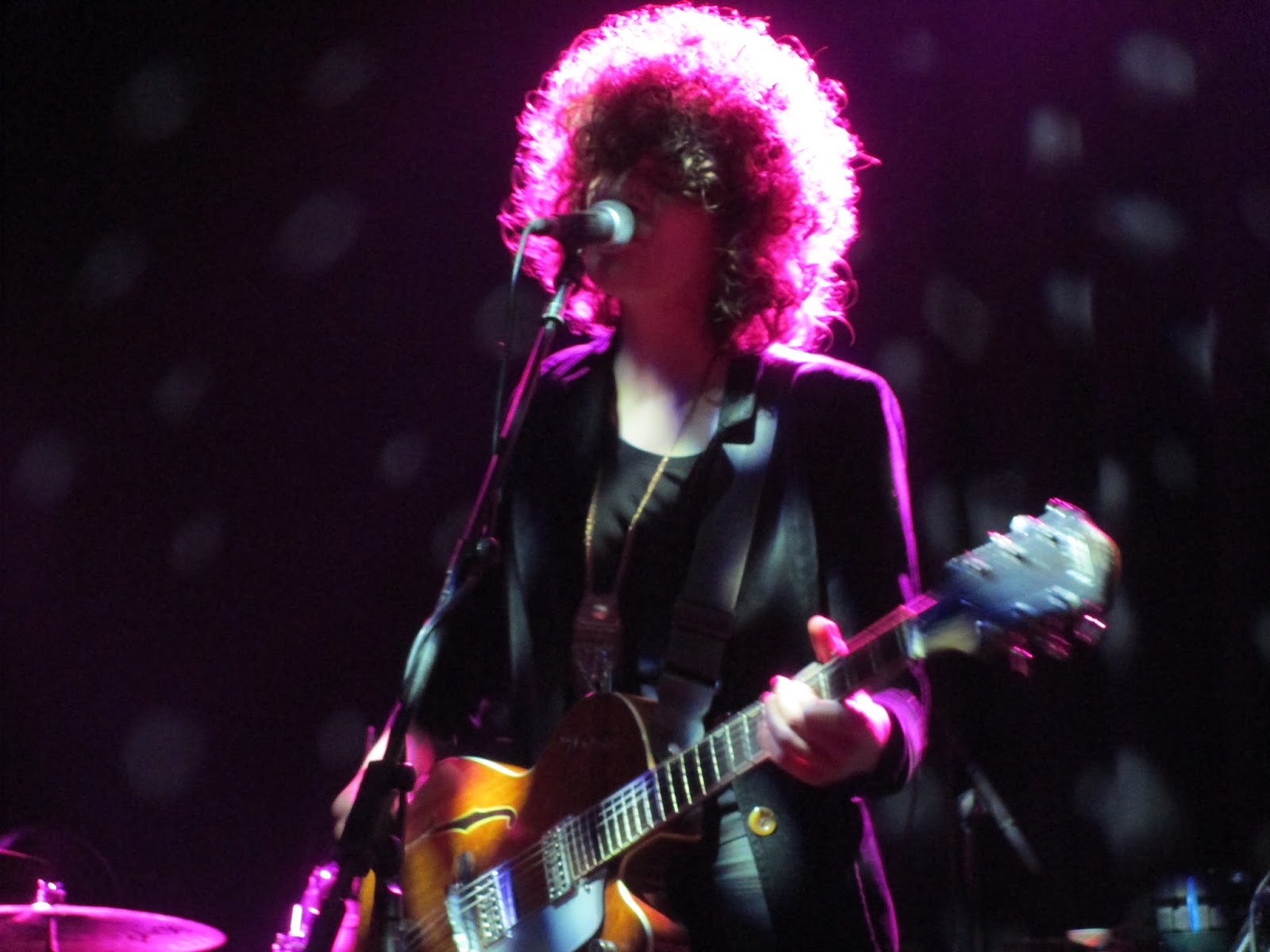 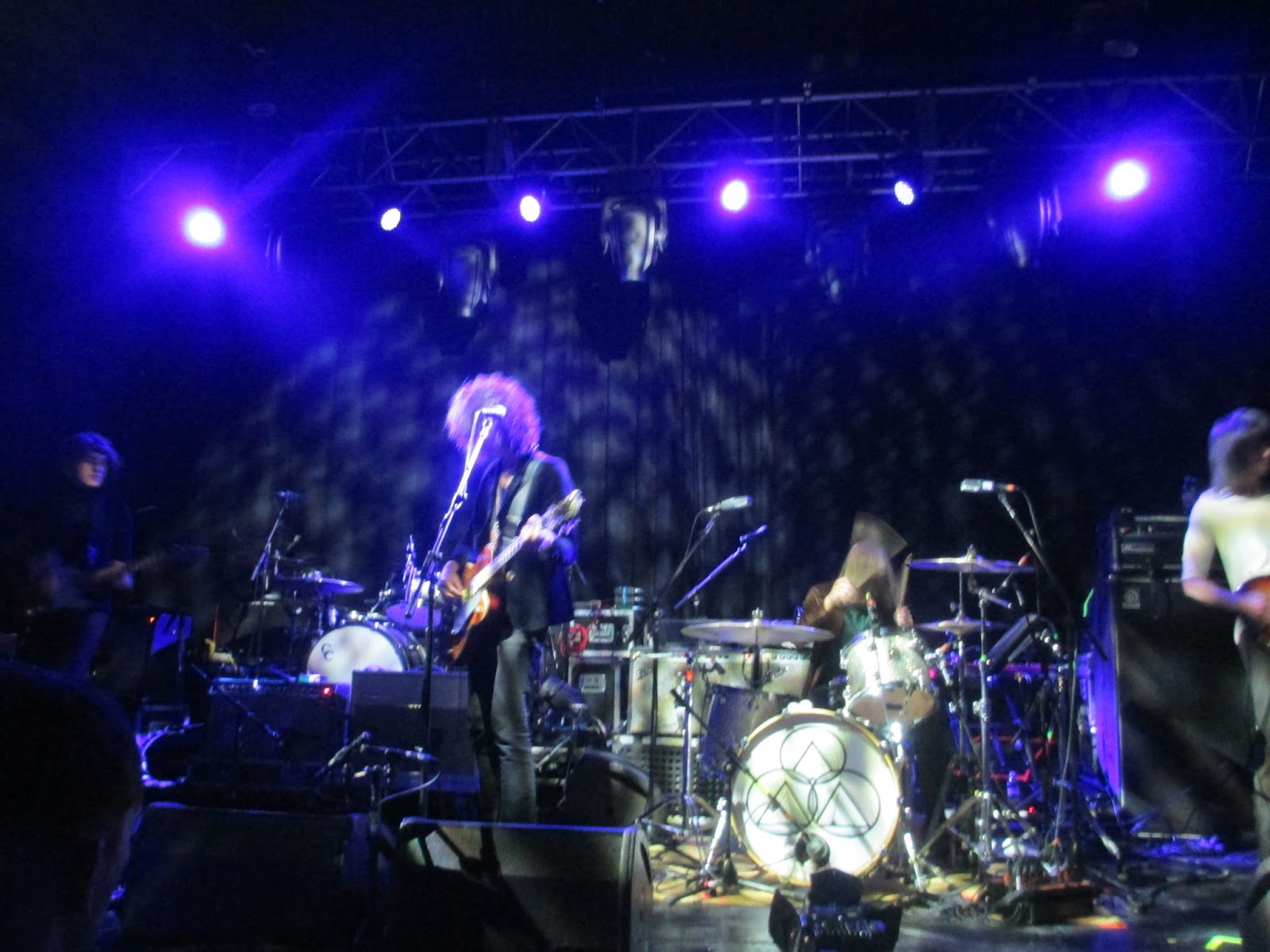 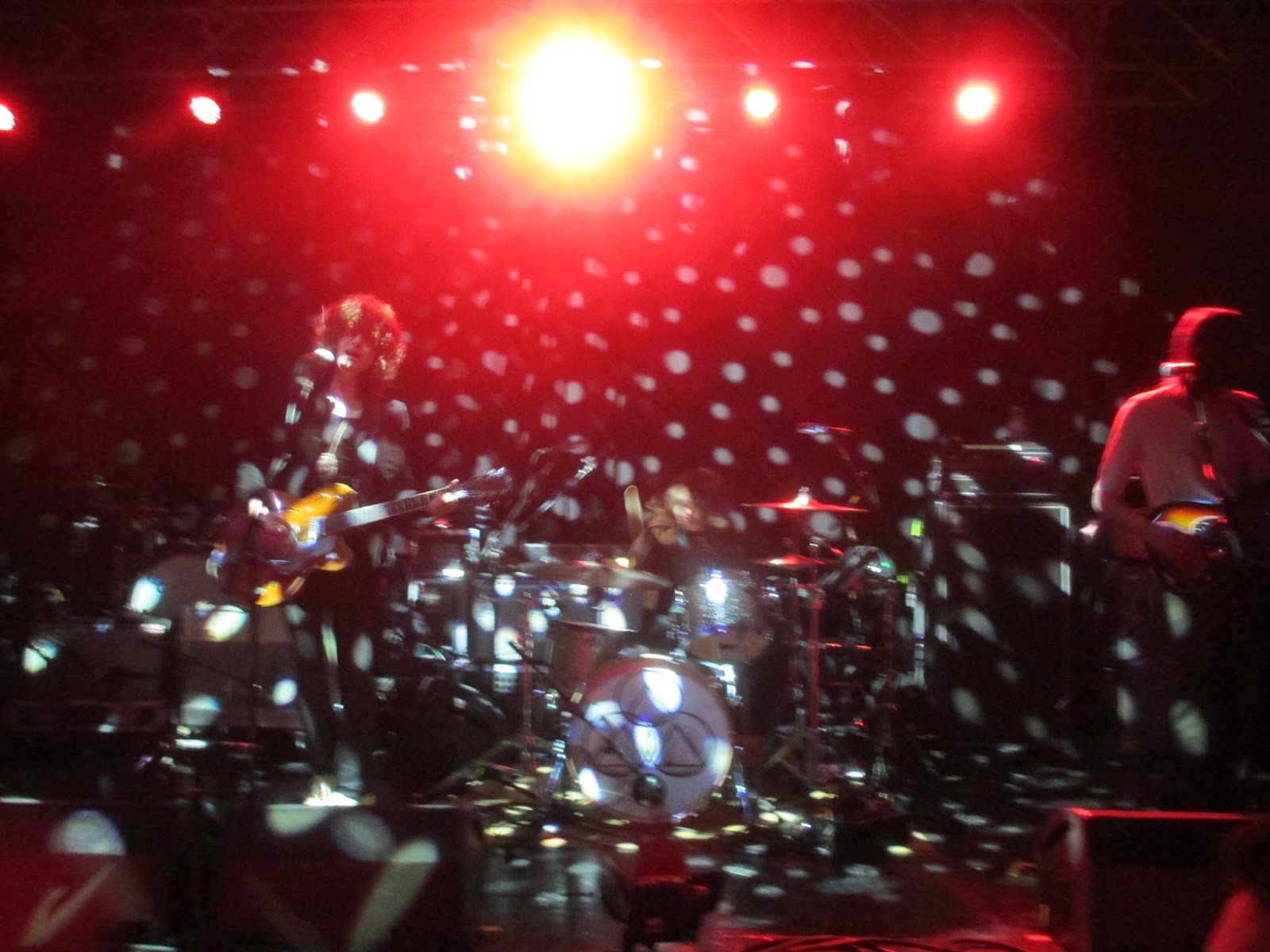 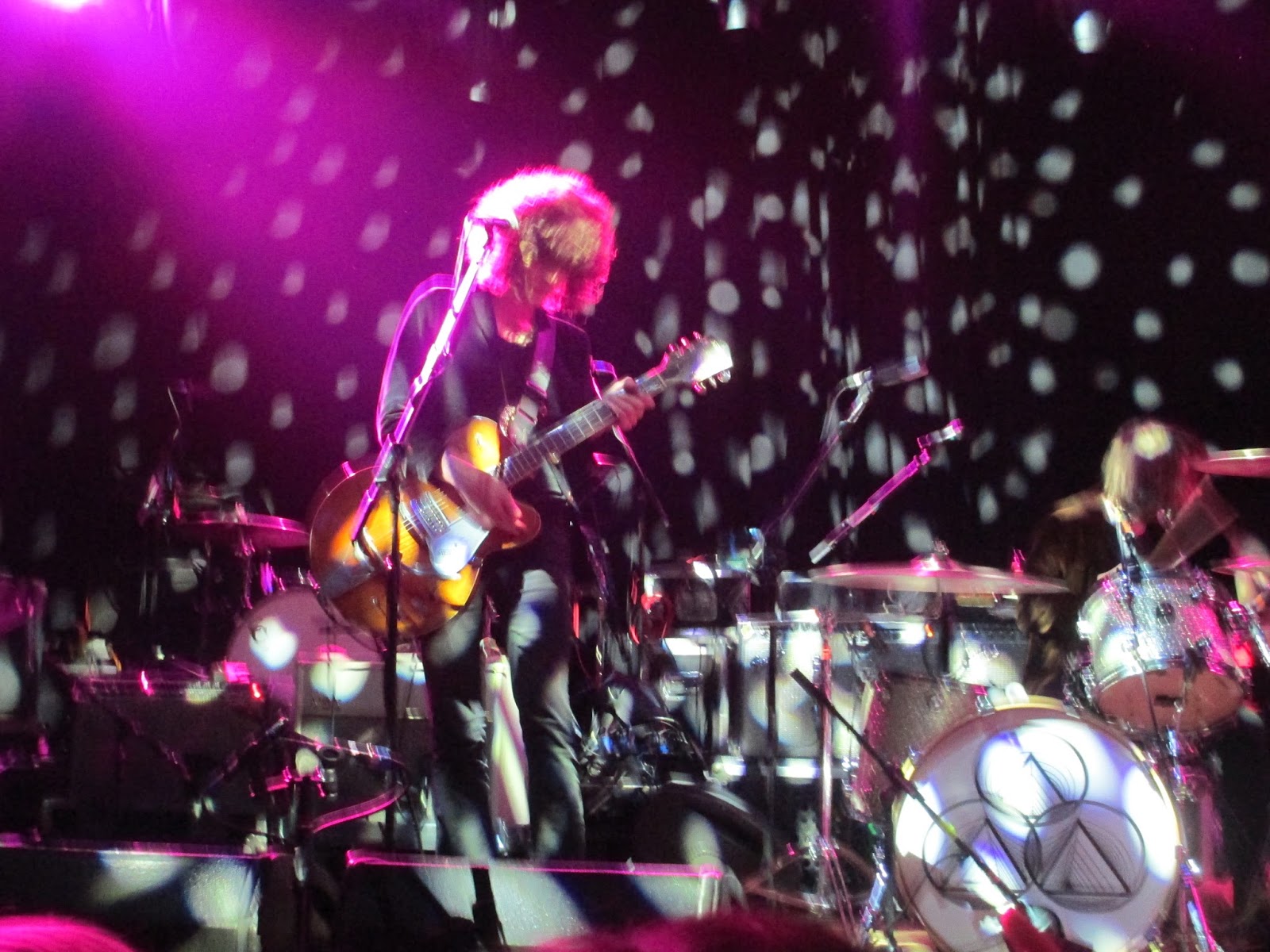 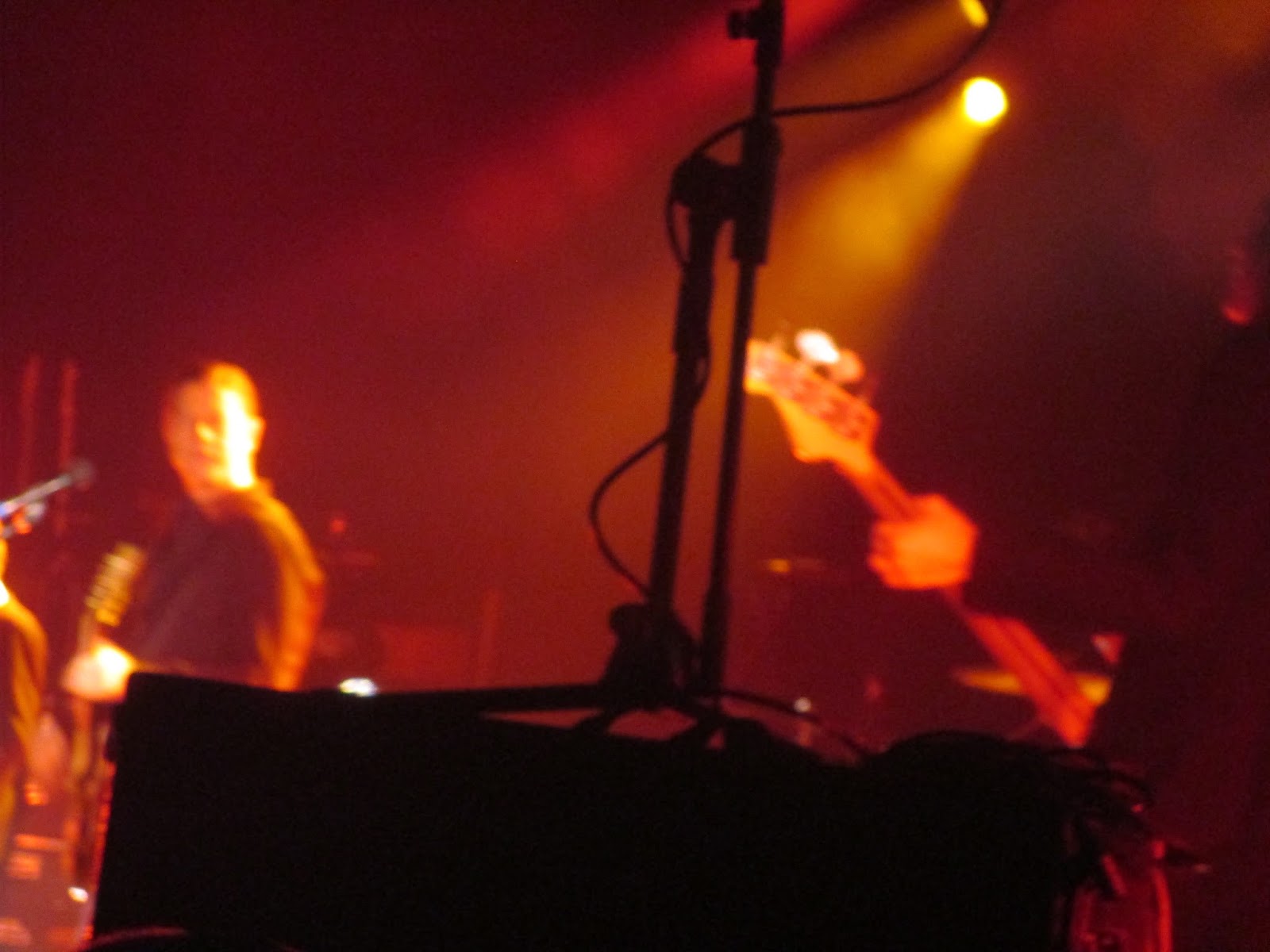 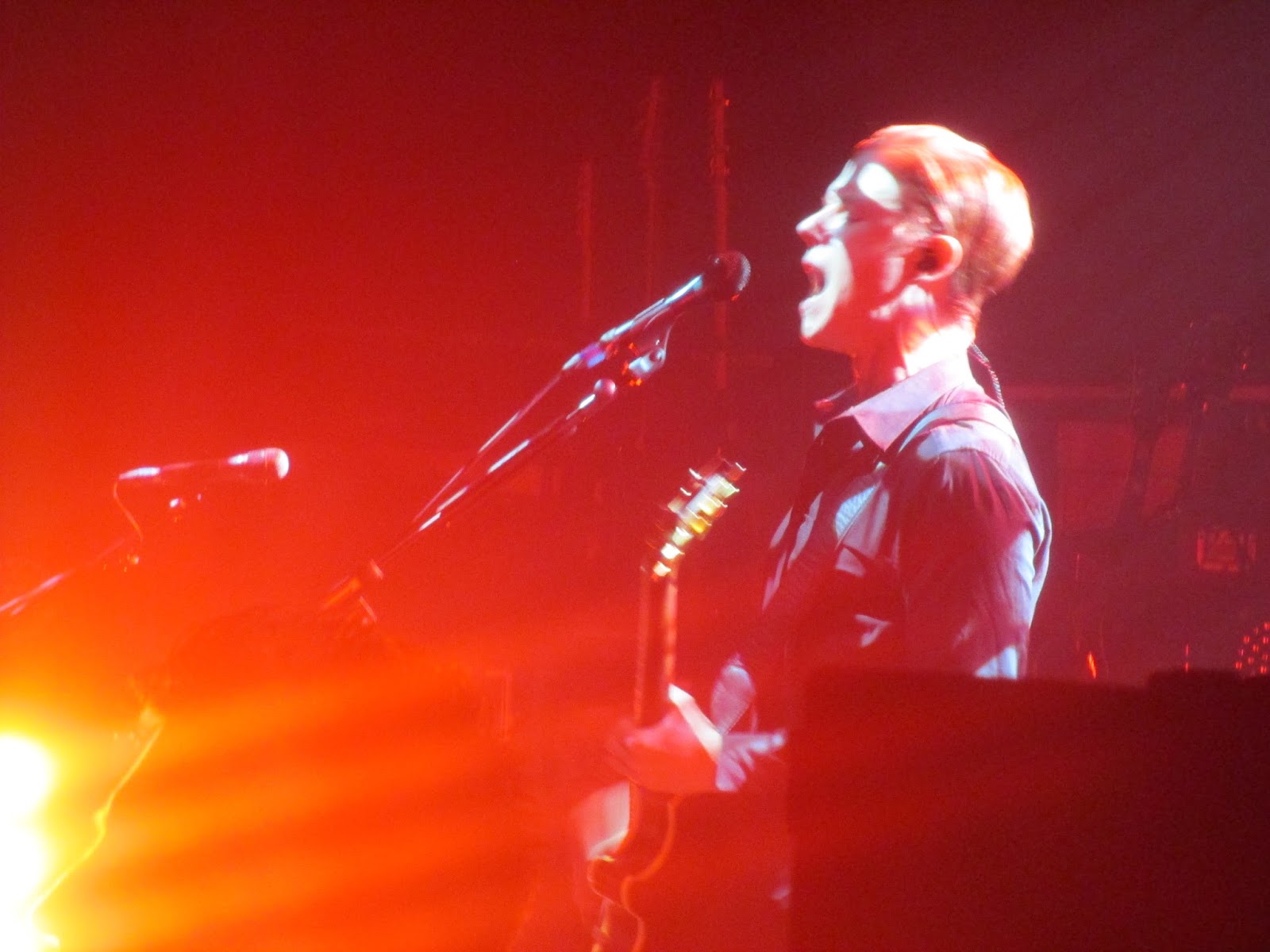 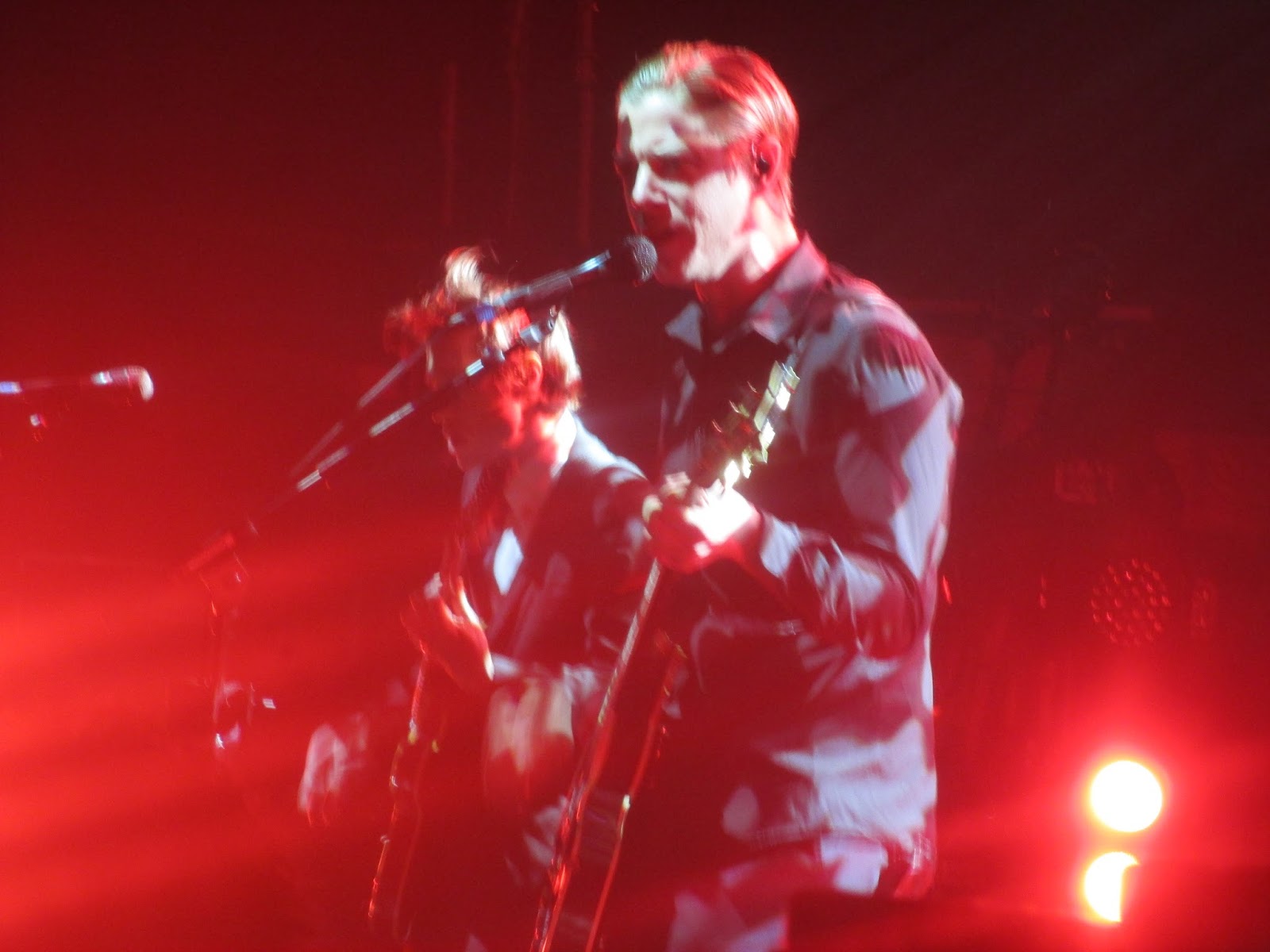 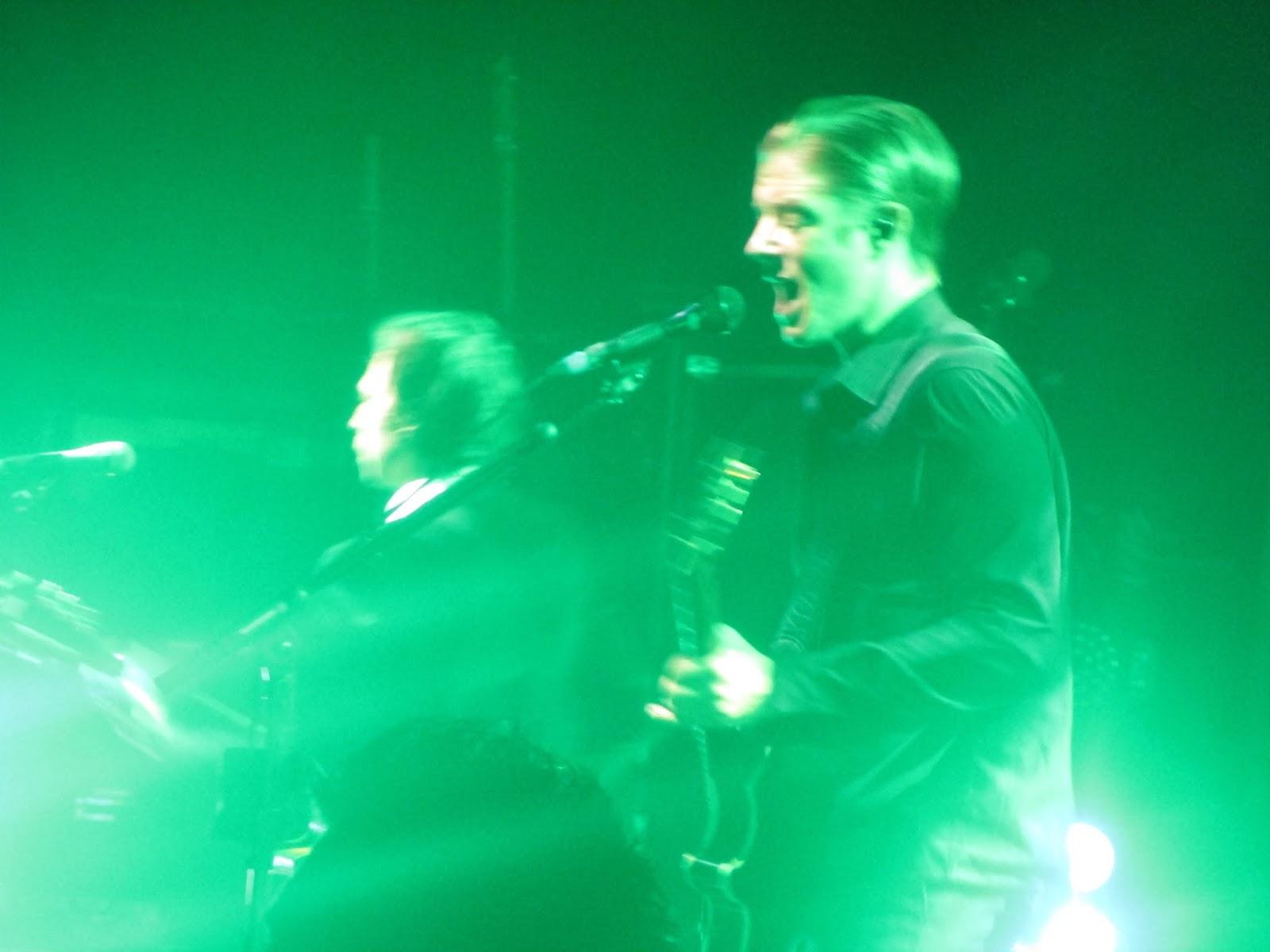 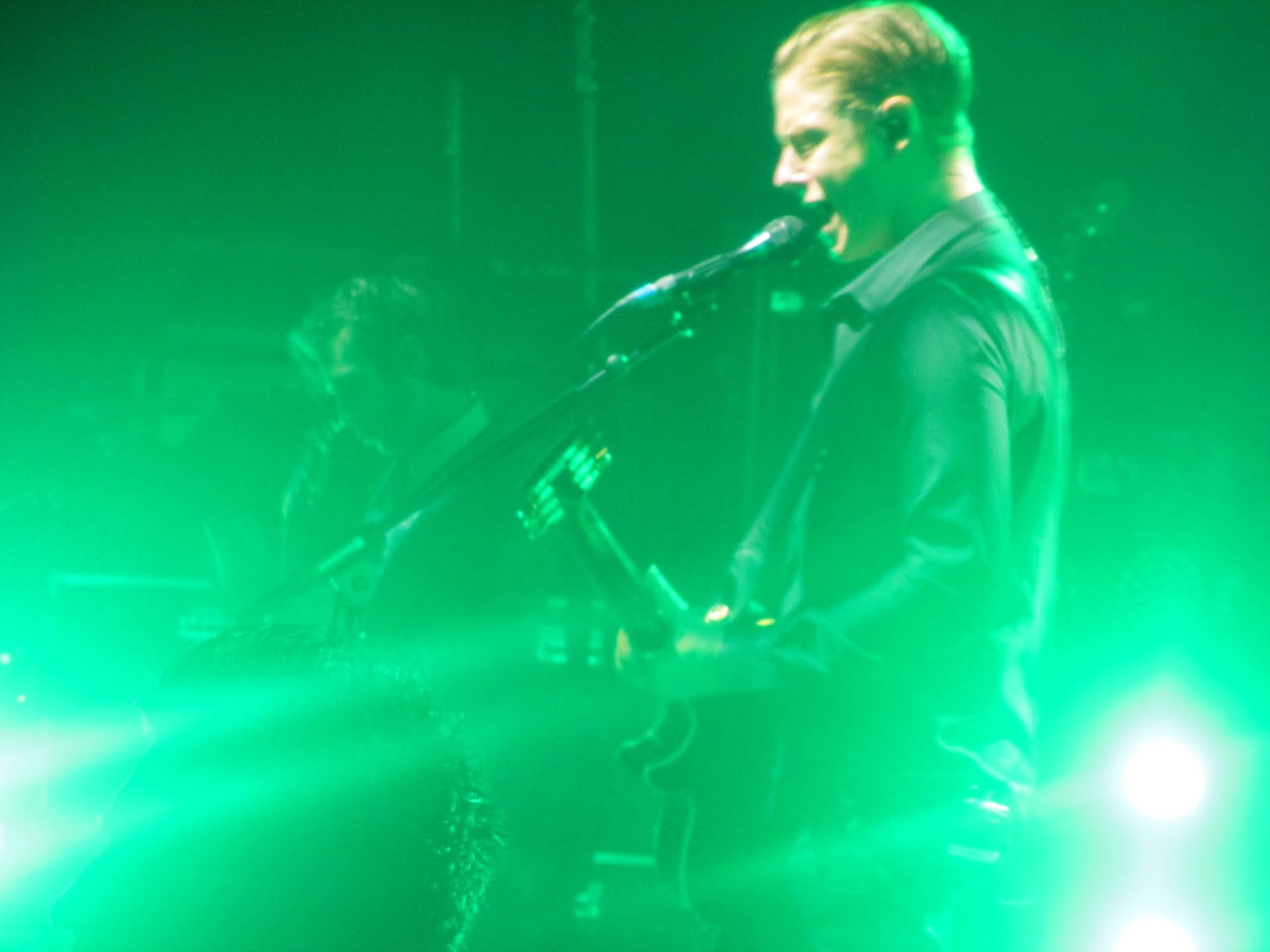 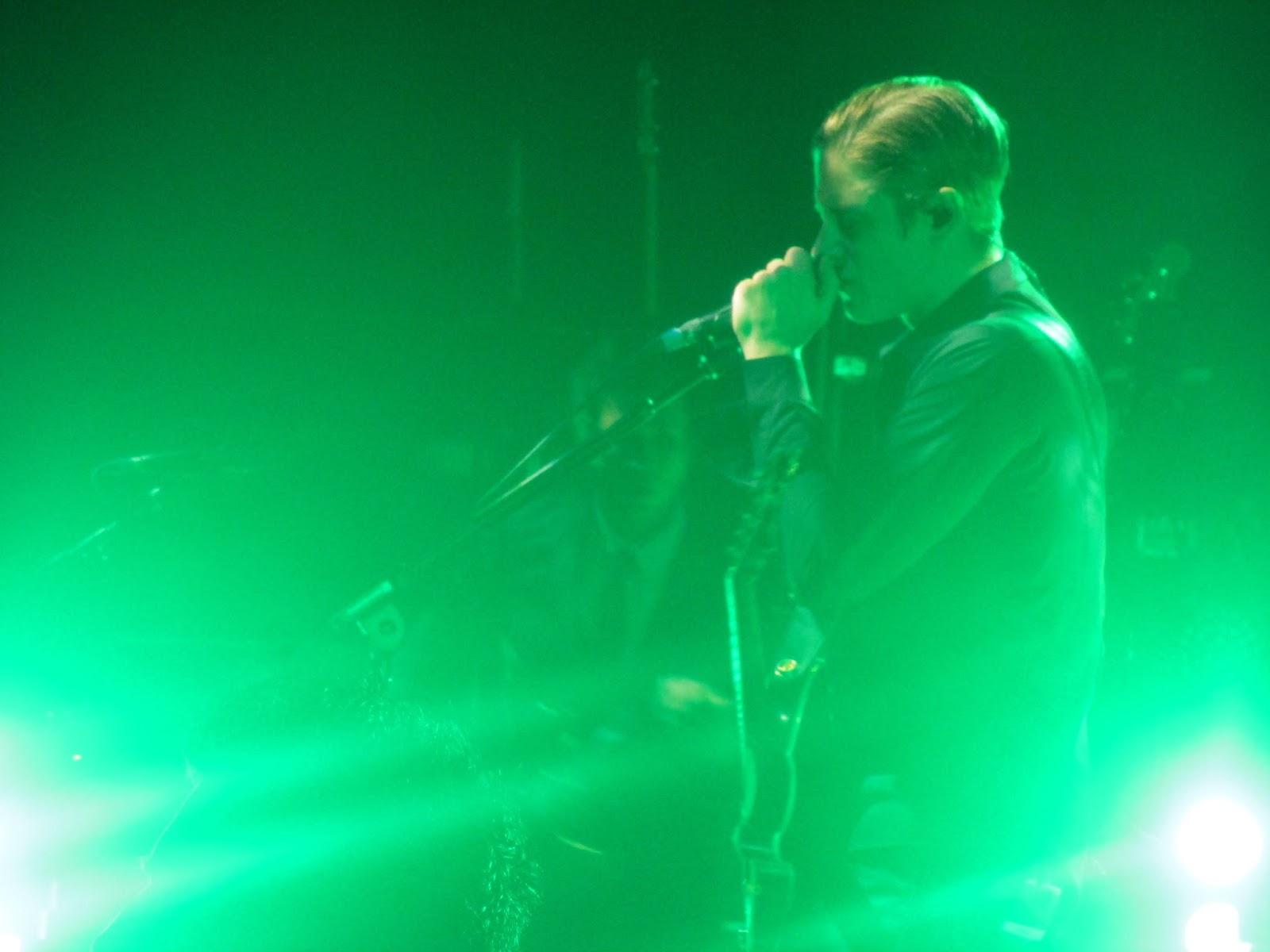 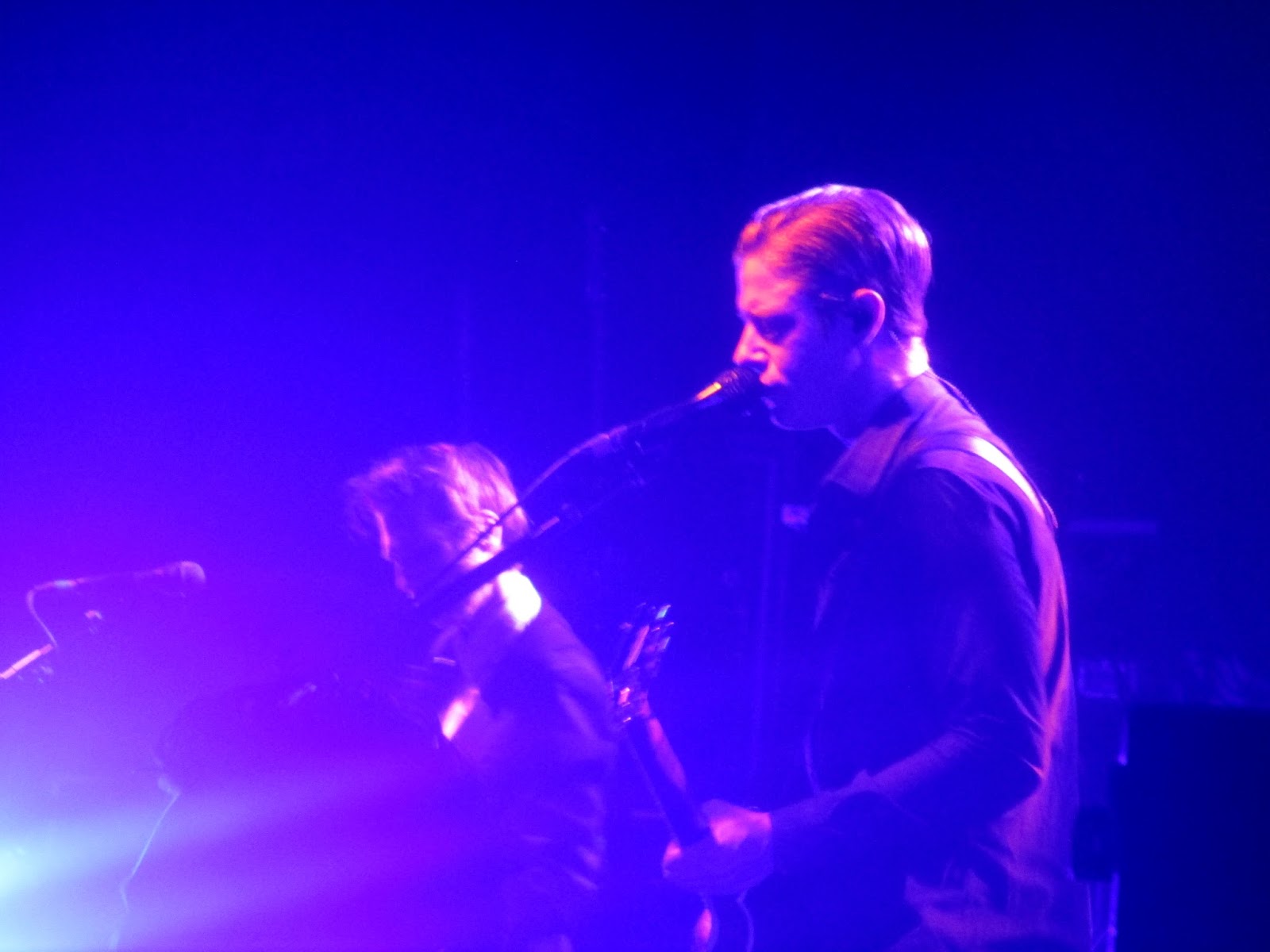 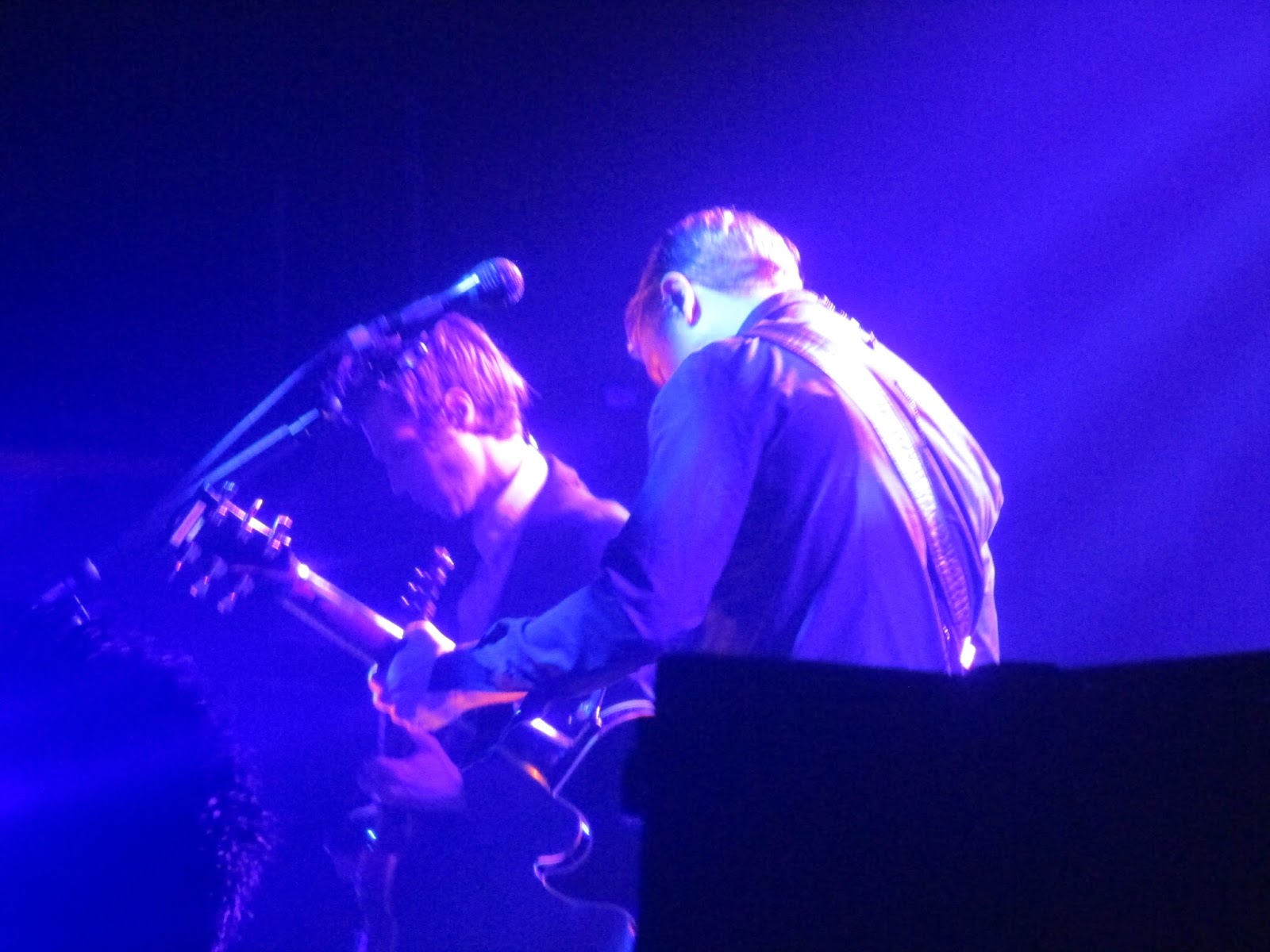