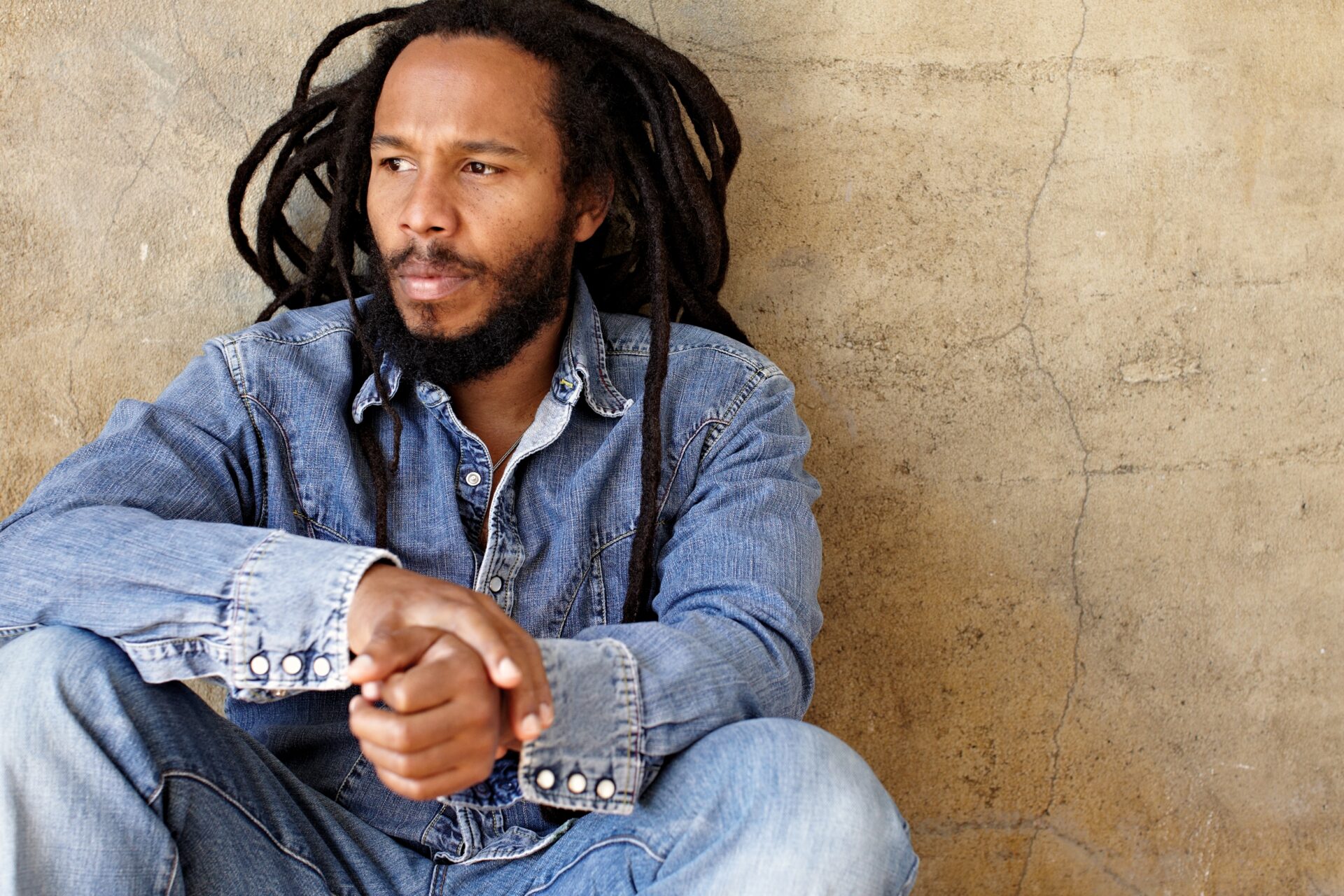 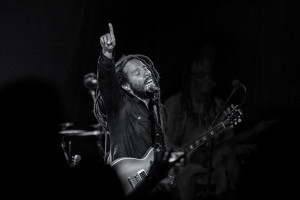 Well I know that it is of no news to you all that smartphones are omnipresent at our favourite live gigs these days, but it would appear that intrusive is the case when you are watching Bob’s son, Ziggy Marley, at Electric Brixton, a prolific and complete performer.

Hollie Cook, supporting Marley, reminiscent of Nigerian musician Asa, geared this crowd up nicely for Marley’s long set in one London’s most apt boroughs, Brixton. After witnessing some interesting St George’s Day traditional-dancing en route to the venue the diversity is evident this eve in Brixton; there is no better area of London for this Rastafari legend to be offering his talents on stage.

His performance was dynamic and his presence was undoubtedly that of a Marley, looking aesthetically like his father with every squint on stage. With dreads that quite reached his knees and a fantastically diverse band, two backing singers, a keyboard player, bassist, drummer, and guitarist, there was a showman’s band vibe lingering around the stage.

And after his recent Grammy success Marley’s verve was transparent, diffusing into the crowd, with all desperate to get close to the man, imminently moving forward with every track played.

A fantastic set, which supported a tongue-in-cheek band humour, and the vigour on display, the crowd were treated to some of the well-loved Ziggy classics, combined with a few new treats from a an album released on 14th April (including the new single Fly Rasta), and a homage to his dad, playing to a room of Marley fans Is This Love. Clearly his style is blatantly different to Marley, although vocals and talent obviously linked, the music being particularly of a more popular, uplifting nature. His loyal fans at this gig tonight though do not slight this differentiation to his father, a resoundingly prolific artist of blood to live up to. It makes more sense to create a different style, clearly immersed in musical talent.

The album, Fly Rasta finds Ziggy stretching his talent, exploring both traditional reggae and new musical territories, those of rock, funk, soul and pop over a broad range of lyrical content, and sees him on stage excitedly hitting the percussion for the final song from the list. Outwith Marleys typical repertoire, he enlisted the production talent of Dave Cooley, who is known for his work with Madlib, sculpting an album of music that remains true to the Marley style, albeit pushing boundaries.

Now Fly Rasta, the single, is an empowering, enriching track which hints a little at the ska genre, and with fantastic backing vocals, and a well-fused band, combining Marley’s drum-playing ability, we are exposed to a musical delicacy.

Also lingering pungently around the venue was the smell of marijuana, which confirmed that we were at a Rasta-man’s gig albeit in London, appropriately Brixton. A debate about whether the girls next to me were disgustingly smoking hash was overheard, and an audience of hippies wearing hats and musty dreadlocks also allowed this gig to be stereotyped. Smokers furtively tried to keep their vagrant habits under wraps, although in amidst it all it was painless to spot the culprits, and it appeared that the heavies were being lenient towards these Rastafari and fans of reggae.

Culturally diverse, and vibrant with colour, Marley’s dancers, backing vocalists and band impress the audience with intense solos, significantly enjoyed by the performers. The skilful session guitarist, Takeshi Akimoto, who has previously played with Blues legend Taj Mahal, particularly sports an enamoured expression, revelling in the many opportunities he has to serenade Marley’s audience.

Largely, this gig was entertaining with the merging of musical colour and culture, homage to Bob, fan enthusiasm and general Brixton vibe. It is not without saying that there was a deep-seated disappointment by the vast amount of phones intruding our space, affecting the experience for us and many others, but as we move further into the technological space with time, this is no doubt going to worsen particularly with accomplished, long-lasting musicians that will escape no one’s tongue. However, I did optimistically expect better from this crowd.

So, it would appear that not only will we walk away with lessons on how to dread our hair from this gig; if illiterate in the act of filming via a mobile device, this is now no longer the case.